As one of the westernmost reaches of the Eurasian continental climate zone, the winter climate in Belarus, the country described by Russian sources as the geographical center of Europe, is said to be a little more extreme than the climate in Western Europe. However, although the winters are colder in Belarus than further west, the summers are in fact comparable to other European capitals such as Stockholm.

Having said that, though, it should be noted that the country lies in a zone where weather is really hard to predict. Over Belarus, the weather systems coming to Europe off the Atlantic Ocean meet the dryer air of Eurasia. The winds are said to prevail from the west and northwest, but there are plenty of days during which the winds blow from the south, or even the southeast.

Precipitation can hit just about any time of the year – there isn’t generally a dry season, even if mid and late summer can be unbearably hot (on Aug. 3 last year, the temperature reached a record 35C, or 95F). A full two-thirds of the 690 mm (27 inches) of rain that falls in Minsk hits in the warmer time of the year, while the remainder falls in the form of snow and rain in the colder seasons. Climate change seems to promise more instability, with the rising probability of the type of extreme storm cells seen normally in the Great Plains of the United States – tornadoes are still extremely rare, but they are no longer unheard of in the region.

The seasons are quite distinct in Belarus, and each deserves a few lines to give travelers a sense of what to be prepared for when visiting Europe’s “Blue-Eyed Country”. 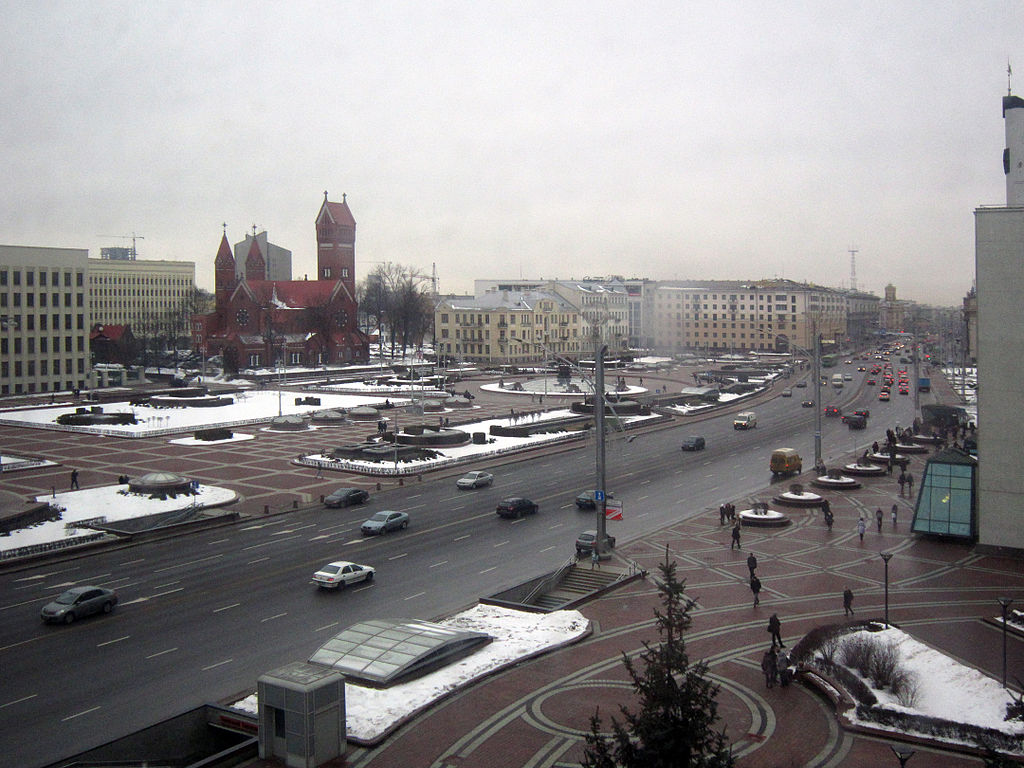 The winter thaw usually hits in March, as the day lengths grow faster than in any other part of the year (about five minutes per day around the equinox). Spring has fully taken hold, usually, by the end of the month.

However, this doesn’t mean that snow in April is particularly a rare event. Alternating warm and cold air masses passing out of Europe leave Belarusians guessing as to whether they’ll need sunglasses or an umbrella on any given day. However, by the May 1 to May 9 holiday period (from International Workers Day to Victory Day), the weather is generally warm enough to arrange picnics and other outdoor activities.

Schools generally release their students for the summer at the end of May, a time period in which the summer heat generally drives women to progressively shorter skirts and men to t-shirts. Bikes, both from Europe and Russia, take to the streets en masse around the end of the season as everyone begins enjoying the best of Belarusian weather. 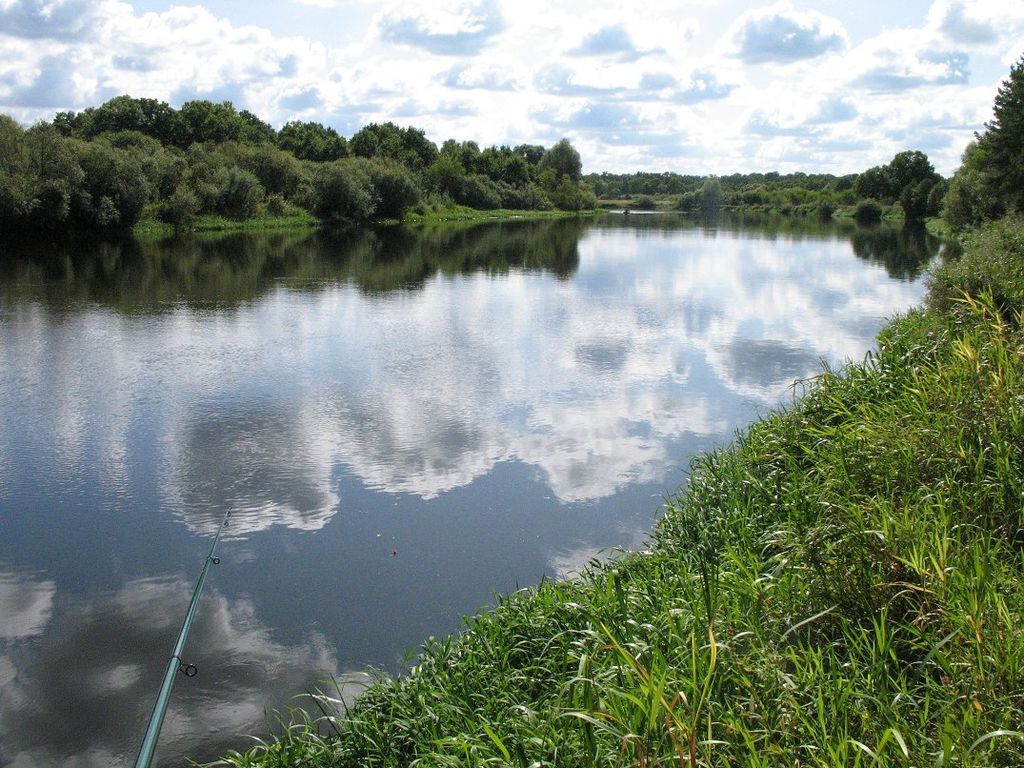 Officially, the season starts on June 21, but the month of June generally features the latest sunsets and earliest sunrises of the year. Indeed, close to the solstice, twilight never fully goes away. It’s not quite like the White Nights of St. Petersburg, but with the entire country situated north of the 51st parallel, the northern horizon on the shortest night of the year is never totally dark.

The hottest time of the year generally hits after the July 3 Independence Day holiday, when the government declared that Belarusians would celebrate the anniversary of when Minsk was liberated by the Red Army from Nazi occupation in World War II. Most of Belarus’ capital tries to get out of the city when they can, either to the recreational reservoir north of the city called the “Minsk Sea”, or to any of the hundreds of lakes further afield (the largest of which is Lake Narach in the northernmost reach of Minsk Region). Many of the early problems have been worked out of the capital’s new Aqua Park, making it a new recommendation for families with kids closer in to the city, alongside traditional venues such as the rides at Gorky Park and the Children’s Railway at Chelyuskinites Park along the eastward run of Independence Prospect.

Despite the heat, though, storms can’t be ruled out, particularly in the later part of the afternoon. Carrying an umbrella is always a good precaution.

Clothing recommendations: Dress for hot weather. There are plenty of aquatic options, so pack in a swimsuit. Even in the hottest time of the year, carry an umbrella, and particularly outside the city, bring mosquito repellant. 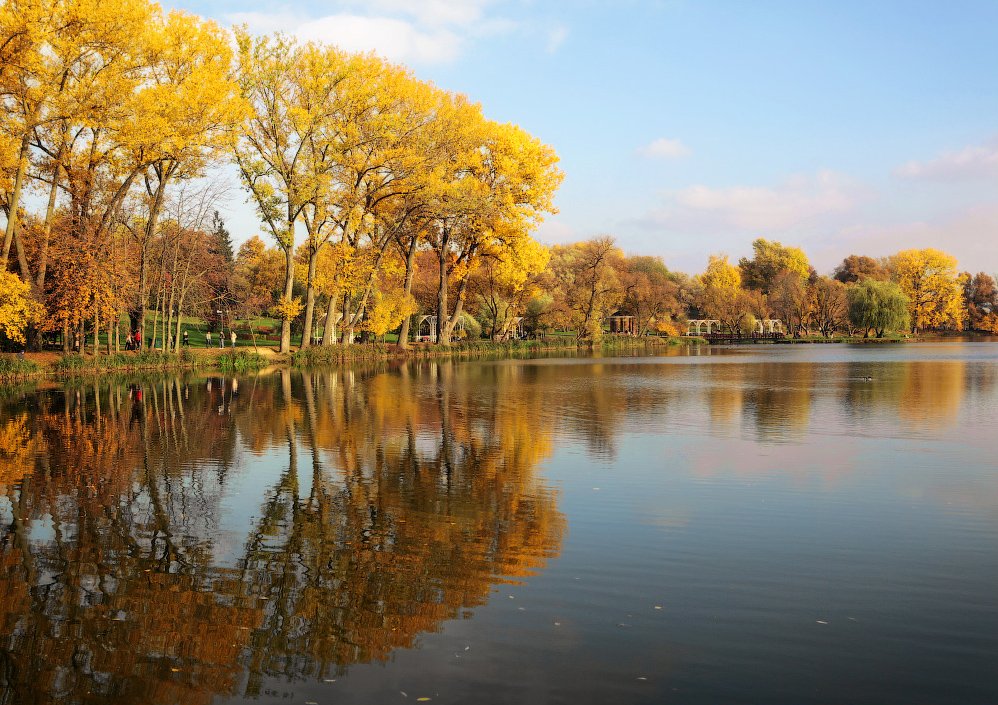 As with most everywhere in the world, children dread the end of summer. The first day of school in this post-Soviet country remains Sept. 1, and this is a formal affair for whole families. Officially, the autumn season starts around Sept. 21, but often the summer heat extends for a week or two after the equinox. As with the spring, the days rapidly change in length this time of the year, losing length to the tune of 5 minutes per day.

The early part of the season is prime mushroom-picking weather (go out with an experienced picker, though – there are some varieties in Belarus’ woods that can make you truly sick), but as with spring, the forecast again alternates as European systems pass over Belarus on their way into the cooling Eurasian landmass. Even so, the first snows don’t seem to hit before the end of October, and indeed the Nov. 7 “October Revolution Day” still is generally snow-free. However, as November progresses, the temperatures noticeably drop. The first frosts can come as early as September, but freezing weather definitely sets in by the start of December.

Some years, winter can be continuous, with the ground covered in white from November through March, while in other years, the snows come and go. But the first covering will generally be seen before the first week of December. This usually won’t be enough for the ski lifts northwest of Minsk to begin operations, but it will get winter sports enthusiasts excited.

Clothing recommendations: Early in the season, summer clothes can suffice, but it’s best to be prepared for the sudden arrival of cold weather, particularly if going out in the evenings. Be more and more prepared for winter as the season progresses. By October, it’s generally safe to forego mosquito repellant, but an umbrella is almost always handy. 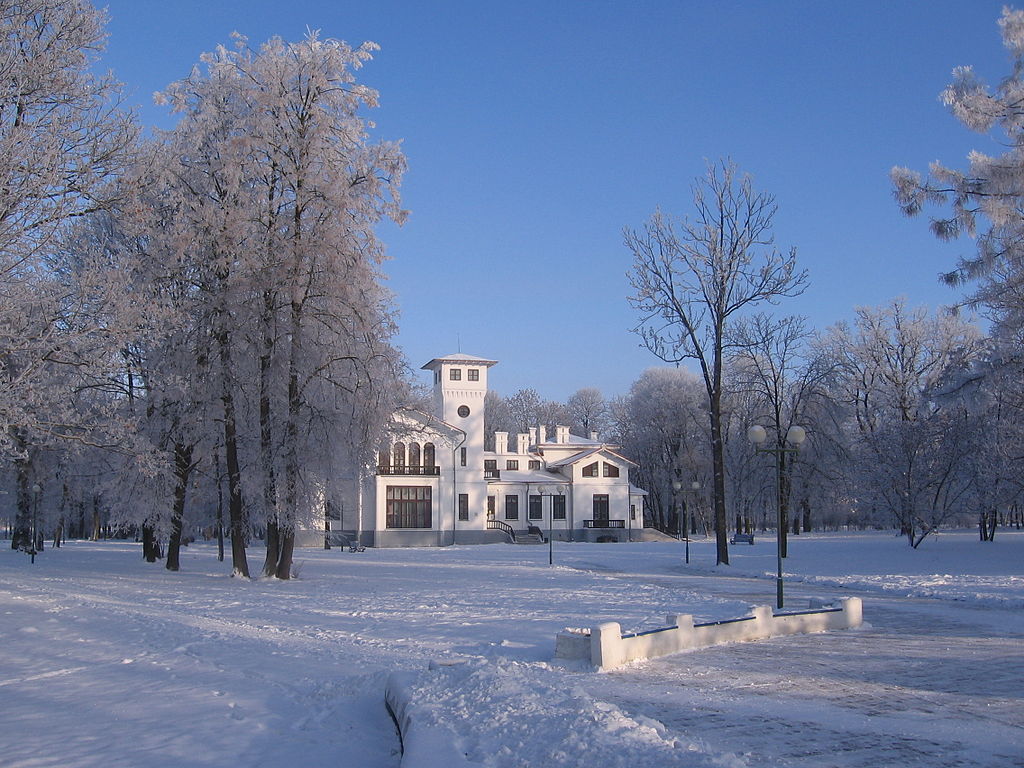 In describing Belarusian winters, its instructive to look back in history. When Napoleon Bonaparte invaded Russia in June 1812, his Grande Armee crossed the Nieman River in western Lithuania and Belarus in summer clothes, and fought successfully all the way to Moscow. However, after the Russians stripped the city of anything useful, and burned the rest, Napoleon was faced with no choice but to retreat. By Oct. 22, as the Russians evicted the French rearguard from Vyazma, east of Belarus’ present border, the temps had dropped below freezing.

As the retreat passed into present-day Belarus in late November, the temps had already reached the minus-teens Celsius, and at the calamitous (for the French) Battle of the Berezina River near Borisov, which took place just before the end of the month, the thermometer was rapidly approaching -20C (-4F). When the French Emperor abandoned his troops at Smargon in today’s Grodno Region to rush back and put down a coup attempt in Paris, the temperatures were recorded as being around -30C (about -23F)… extreme, even by Belarusian standards.

Modern records suggest that -30C is not unheard of for December. However, the coldest month of the year is actually January. Normally, the weather in Minsk is only a few degrees below freezing, with the average January temperature around -4C (24F), but it has gotten as cold as -39C (roughly the same temperature in Fahrenheit).

Most of the snows hit in January and February, which is the prime skiing season for those heading to the slopes at the Silichy ski resort in Lahoysk, a minor winter destination not far outside of Minsk. New Years is generally cold enough to sustain a skating rink outside the Palace of the Republic, the spot where the country’s largest Yule tree is erected each year. Whether this will change in the future remains to be seen.

Winter usually lasts through much of March, and is often well on its way out by the time of the equinox on March 21.

Clothing recommendations: Winter gear, definitely. Monitor the weather ahead of a winter visit, as extreme temperatures will mean the need for extra gear. Toward the end of the season, dressing in layers is a recommended strategy. By March, the snow will be wet, and may very well have deteriorated into rain, so an umbrella is recommended.