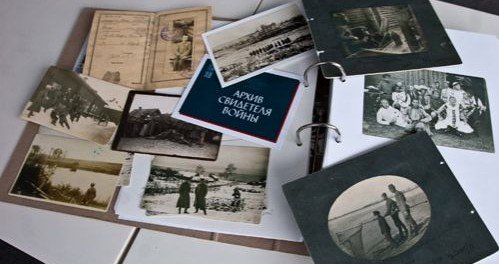 The project “War Witness Archive” will represent Belarus at the 56th Venice Biennale of the contemporary art.

The project has won the competition of the Ministry of Culture for the best curatorial concept of the pavilion, which was filed with more than 30 anonymous applications. The jury included art historians and critics, representatives of creative unions. According to the head of the Centre of Contemporary Arts and the commissioner of the national pavilion at the Venice Biennale Natalia Sharangovich, the choice was not easy, since the received ideas were very interesting so it had to be chosen the best of the best.

The project has already been presented in Belarus. Last February in the National History Museum curator Alexei Shinkarenko showed the exhibition “Belarus in the First World War.” “However, the issue events of the exhibition remained a distant echo of the “another’s pain”, fear, other and others life, and work on the exhibition revealed a number of questions the answers on which Alex Shinkarenko continues to search in the “War Witness Archive” – wrote in the summary to the “Archive” art critic and historian Olga Rybczynski.

This search and its certain result were presented to the Belarusian public last August and September in the Museum of Modern Arts. “Artistic inventory of memory” – so were designated then “War Witness Archive” by its creators. Feature of the project is that the visitor is not only a spectator but also a participant (not without the help of modern information technologies). “The space of communication” in the project occurs on the basis of the photographic archive of the turning points of the XX century – the First and Second World Wars.

“Initially there was the following task: we do not reconstruct the past, do not create historical projects, but are looking for tools of history actualization – told photographer, director of the Minsk Center of Photography Alex Shinkarenko about his brainchild in the interview for the portal on-culture.ru. – The process of actualization is taking place due work with the concepts, tearing the time frames: pain, fear, catastrophe. And when a person is included in the awareness and experience of these entities, these phenomena, he translates conditional past in conditional future, he draws unexpected development trajectory – and actually creates his own versions of history”.

“We create the archive environment – told Alexey Shinkarenko at the meeting with Belarusian journalists. – The main object – the photos that we have since the time of the World Wars. We specially selected the photos of the certain events that took place on the territory of Belarus. The original albums we will place in the windows.

On the shelves you can find folders with documents, memories. Those who come to the Belarusian pavilion, may not have their own ideas about wars, but seeing the photo they are beginning to work with their memory. Thus, they become witnesses too”.

The project is supplemented with Constantine Selikhanov multimedia installation “Forest” – the multiple image and the metaphor of the eternal nature, of the Belarusian landscape, of home, of the shelter as continuation of the “digital” environment of the pavilion, designed to invite the viewer to pause, change the tactics of perception. “We want to introduce some space where a person can stop and reconsider what he saw, think, – said A. Shinkarenko. – That is the person comes, explores archives, moves ahead through the pavilion, and then finds himself into a room where it seems like there is no wall – he sees the trees on it. This video of the forest is emphasized with the landscape, which is most common in the photo”.

According to N. Sharangovich currently in Venice they are searching for the place for the pavilion. “We already have several proposals, they are very good – these rooms are located in the center of Venice. We proceed from the multimedia project requires some modern room – without beautiful venetian chandeliers, but where it is possible to present high-tech project”- said N. Sharangovich. It is supposed that the project will work at the same time in Venice and in Minsk, in the Museum of Modern Art.

56th Biennale will be held in Venice from May 9 to November 22. The common theme – «All the World’s Futures». Belarus will be represented on it as an independent state for the third time and will celebrate some kind of anniversary: for the first time Belarusian pavilion appeared in Venice in 2005. That participation was initiated by foreign curator. There were presented artworks of Leonid Khobotov, Ruslan Vashkevich, Igor Silence, Valery Shkarubo, Andrew Zadorin, Natalia Zaloznaya, Vladimir Tsesler and Sergei Voichenko. In 2011, at the 54th Venice Biennale Belarus was represented within the framework of the project Kodex by Yuri Alisevich, Arthur Klinov, Konstantin Kostyuchenko, Viktor Petrov and Denis Skvortsov.