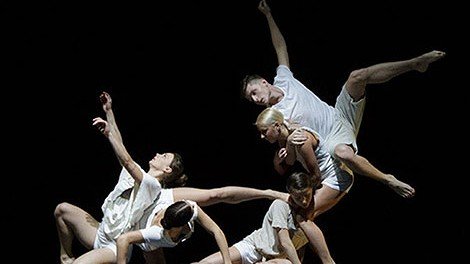 On 9-14 February Minsk hosts the 3rd international theater festival “PlaStforma”. The spectators will see a vast panorama of plastic experiment in Belarusian and foreign theaters.

This year’s forum will notably expand its geographic boundaries. Participating in the event will be theater companies from Belarus, Russia, Poland, Sweden, Latvia, Lithuania and Ukraine. Performances will be staged at the cultural and sports center at Minsk Office of the Belarusian Railways, the Belarusian National Drama Theater (BNDT) and Community Center named after Nikolay Sharko.

The milestone of the event will be the Butoh Dance evening on 13 February at the stage of BNDT, featuring performance “Human Project” by studio of interdisciplinary arts IDEA GNOSIS (Riga, Lithuania) and premiere of a butoh performance EMBERS by Irina Anufrieva (Belarus, Sweden). In fact, Irina Anufrieva takes part in the “PlaStforma Minsk-2015” not for the first time, as in 2013 her solo performance “In the Emptiness” was presented at the festival.

Another remarkable page of the forum will be performances of the most popular dancing and plastic theaters in Belarus, the oldest country’s plastic theater InZhest, dance theater Gallery (Grodno), ‪Karakuli (Minsk) and ‪Skvo’s Dance Company (Minsk).

The audience will be surprised not only by amazing projects and premieres, but also by novelties in the art of the plastic and physical theater.

The highlight of the night will be performance of the contemporary dance and project theater studio Two-Nika (Tula, Russia). It was created in cooperation with famous Moscow choreographer, perfumer and professor Darya Busovskaya. According to the Russian festival “The power of silence-2013” this performance was claimed the best dance show of the year.

In the end of the evening a discussion on the results of the festival will take place.

In addition, the forum will feature workshops by famous theatrical figures, discussions and traditional roundtables. One of the main goals of the festival “PlaStforma Minsk-2015” is to create an open communication of its participants with spectators, and also with critics, international festivals representatives, actors, directors, choreographers and teachers.

The creative team of the festival welcome everyone who is interested in contemporary Belarusian theater and who is tend to take part and follow its events. Come, see and participate! About 3 000 spectators visited PlaStforma in 2013 and 2014 years!