For the first time Belarus holds this biggest international exhibition

The exposition Da Vinci’s Inventions will be open for visitors in the National Art Museum of Belarus since March 1.

Worked out in collaboration with Leonardo da Vinci Museum in Italy this exhibition results to be the embodiment of Leonardo’s genius as an inventor, a scientist and an engineer. The exposition includes 200 exhibits that have already travelled half the world. 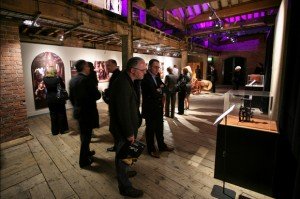 All the exhibits were created by Italian craftsmen precisely in accordance with Leonardo da Vinci’s manuscripts wherein the technique and materials back from the Renaissance epoch were used. The specialists have studied over 6,000 pages of Da Vinci’s manuscript, deciphered his codes, intended mistakes and mirror writing which was used by the artists in order to keeps his notes in secret.

The halls of the National Art Gallery will house a tank, a scuba, an aircraft, a bicycle, a parachute, a submarine, an ideal city and many other inventions that Leonardo imagined back in the 15th century.  These are only some examples of what visitors will see at the exhibition.  It’s worth mentioning that Leonardo himself never created the majority of what he’s invented.  The exhibition offers an accessible, apprehensible and tangible objectification of Leonardo da Vinci’s work who was one of the humanity’s most inquisitive minds. 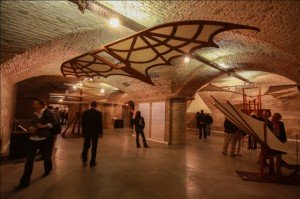 Hall with a few exhibits

The exposition Da Vinci’s Inventions embraces far more than the models of the enumerated apparatus. Da Vinci’s most popular manuscripts and notes on Anatomy can also be found there. The section devoted to the pictures by Leonardo merits a special attention. The spectators will get the chance to witness in 3D format such masterpieces as The Mona Lisa, The Last Supper, The Vitruvian Man as well as the artist’s only sculpture The Sforza Horse which is better known as Leonardo’s Horse. 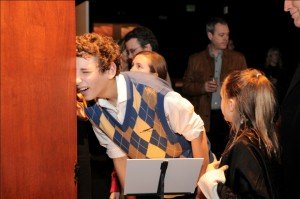 Enthusiastic visitors of the exhibition

‘This exhibition is aimed to celebrate and pull together the unique mind, genius and versatility of such a great and mysterious person as Leonardo da Vinci. It’s made to let people round the whole world see and admire his immense talent.  We are glad to have managed to bring this fantastic project to Minsk,’ mention the organizers of the exhibition.

Among the major peculiarities of the exhibition Da Vinci’s Inventions that are worth attention the following can be highlighted:

Since the creation of the exhibition back in the year 2006 it has been seen by people from the USA, Latin America, South Africa, Japan, Russia, Great Britain, and Western Europe. The total number of visitors comprises millions all over the world.

Price of the tickets

A discount ticket( for pensioners, veterans and the handicapped) – 60,000 BYR

Children under 5 years old can enter free of charge

*The prices are actual if bought in advance. At the entrance the price of the ticket can be increased by up to 50%.

Working hours:  Every day but Tuesday from 11 am till 7 pm.