Number of registered unemployed will increase on 20 % in 2015 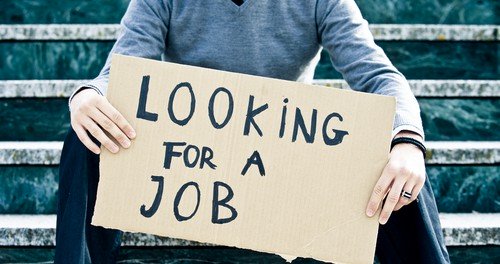 According to projections in 2015 year approximately 180 thousands of people will file for unemployment, and will be registered to get minnesota unemployment benefits. These statistics are officially figured in Government program of Assistance for  for 2015 year.

Government program announces that in 2015 year unemployment rate will increase at the expense of people who will be dismissed for personnel defections as a result of modernization of production and optimization in number of employees, who have long (more than one year) break in work experience, graduates, and also people who worked in private household and protractedly unemployed.

“Decreasing of population will have significant influence on forming labor potential during the next years. Demographic forecasts argue about dominance of this tendency in perspectives and the situation will become worse because of reduction of part of young workers and increase of adult people”, – is said in program.

According to their opinion, reduction of working-age population can bring deficit of labor force. Considerable influence on increasing unemployed rate will have today’s crisis is said by Maryia Akulova research worker of Belarussian economic research and outreach center (BEROC).  “Today we have risk that employed rate will increase in comparison with previous years”, –  the economist says.

Private companies have already discharged their employees. As a proof in FEZ Brest average number of workers decreased almost for 300 people for the last year.

Negative appearance occurred in economics of enterprises in the third quarter of 2014 year. Most of our enterprises work with russian partners. After Russian rubles’ collapse we admit that any collaboration with them is remunerative. The production prices which are acceptable for russians are unprofitable for us. In such situations some residence continue working at a loss – not to lose niche and with hope that situation will be stabilized soon. Another on contrary take a break and stopped delivering products to Russia. As a result – production volume decreased and jobsites were dismissed – Deputy Head of administration in Free Economic Zone “Brest” Aliaksandr Partianka said to “Vechernij Brest”.

In turn public enterprises shift their workers on part-time job. “Due to the fact it’s peculiar reduction”, – Mariya Akulova emphasizes.

The number of unemployed can be boosted by people who are coming back from Russia as it is called guest workers. “Russian crisis makes them come back to Belarus”, – research worker of BEROC said. Belarussian salaries are almost the same like russians after devaluation of russian ruble. By the way government is planning to hold the unemployment rate not higher that 1,5%. In the end of December 2014 this index was 0,5 % of economically active population or 24,2 thousands of people.

On the whole in the end of December of previous year the whole number of people who worked in Belarusian  economy was 4,47 millions. In comparison with December of 2013 this number reduced on 1,1 % or 49 thousands of people.

Nastya Velikaselets has economic education and 3 years of experience in banking sphere. Now she works in IT sphere, likes jazz music, body-ballet and stretching classes.