Belarus is generally a flat country however the city of Mozyr is an exception. Its streets look much like the streets of a mountain town. For that reason the local people called it «Belarus’s little Switzerland». Wondering what you can do and see while you are here?

Despite the fact that Mozyr is situated on the East European Plain it has a unique hilly and stunning landscape. The explanation lies in the fact that the city sits along the edge of where an ancient glacier was once located. The charming natural beauty of Mozyr, as well as its historic sites, attracts both Belarusian and foreign tourists. If you are one of them make sure to visit the following sights.

This is where, according to historical chronicles, Mozyr was founded. It was first mentioned in the mid-12th century The Tale of Bygone Years which is a major source in the interpretation of the history of the Eastern Slavs. The castle constructed here witnessed many historic events. It had been repeatedly ruined throughout its long history. However time and again it would rise from the ashes.

The last attack that happened in the 17th century, it seemed, had put an end to the castle once and for all, and voilà. In 2005 by the 850th anniversary of Mozyr, a new wooden castle was erected in its rightful spot. Today it is a popular tourist attraction. It is also one of the most preferred destinations in Belarus to celebrate special folk occasions and carry out of knight tournaments. Quite often local craftsmen will be there to greet visitors and offer them Belarusian hand-made souvenirs and masterpieces. 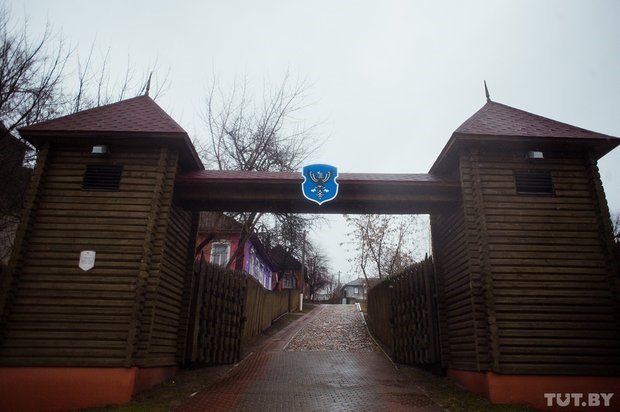 This peaceful, late baroque style, church was the place of horrific suffering of thousands of innocent people. After the revolution in 1917 the catholic temple was turned into a prison of the NKVD (People’s Commissariat of Internal Affairs). According to data that is far from complete, about 5000 people had gone through this prison and at least 2000 of them were killed and tortured here. The bodies of the dead prisoners were thrown in the crypt and blanketed with sand and lime.

When the building got into the possession of the Orthodox Church in 1951 Belarusian citizens began to uncover the appalling truth of what actually happened within the walls of the shrine. The remains of prisoners have been gathered carefully and placed in two big coffins in the crypt. This crypt is a memorial in modern Belarus to all those who became the victims of the repressions in Soviet times.

In the crypt there is also a tomb of the nobleman Askerok Mozyr. He was the one who commissioned the temple in the 18th century as a catholic place of worship for Franciscans. Some folk in Mozyr say that the Archangel Michael’s Cathedral is connected with the St. Michael’s church by the underground tunnel that had been bricked up during World War II. So far this claim has been neither confirmed nor refuted. 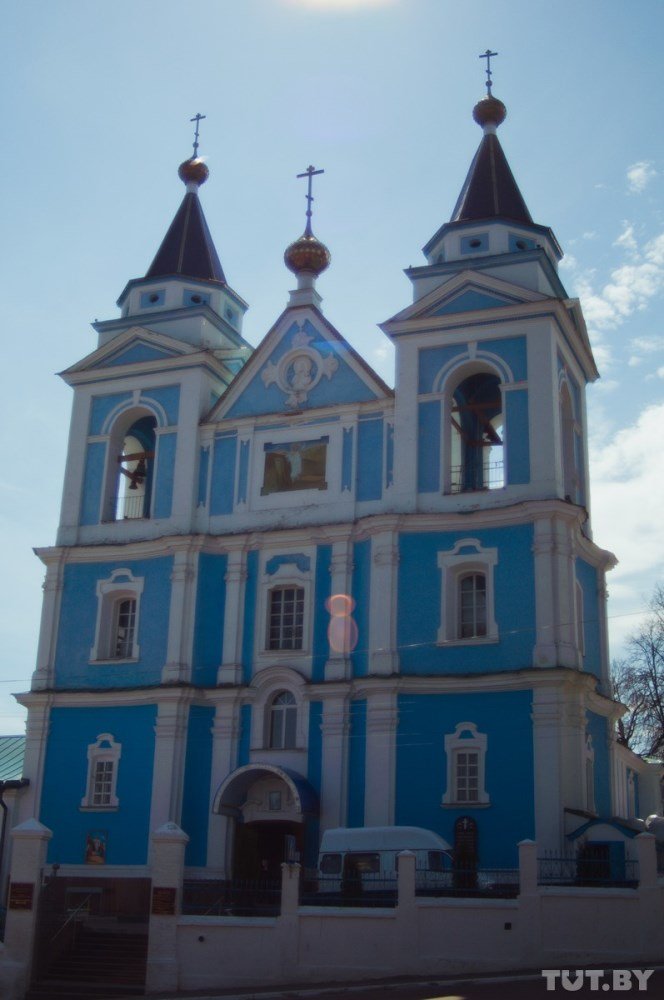 This is an example of Cistercian late baroque style church. Architecturally speaking, the Cistercian monasteries and temples differed from others by their strictness and lack of excess decoration. The simplicity of the architecture comes from the principles on which the order was based on: severe asceticism and monastic regime, self-sufficiency and manual labor.

The sanctuary is the former female Cistercian convent built in a picturesque valley called by locals the Valley of the Angels. It has a remarkable and complex history. At different times this building was used as a military barracks, orphanage, and music school. It was not until the 1990s that the facility was returned to Mozyr parishioners. 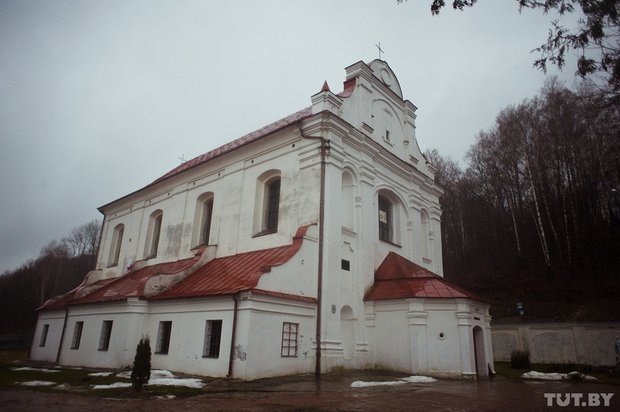 Mozyr is located on the Pripyat River that once used to be part of the ancient trade route from the Varangians to the Greeks. This waterway connected Scandinavia with the Byzantine Empire and contributed a lot to the unification of East Slavonic tribes. But even in the recent past Mozyr was linked to the outside world almost exclusively by the Pripyat.

As construction of motorways and railroads in Belarus was growing, the role of waterways was gradually diminishing. Nowadays you would not find passengers waiting for a ship at the Mozyr river passage terminal «Rechnoy vokzal». But this area reminds us of the great past of river shipping in Belarus and the amazing history of the Slav trade route. 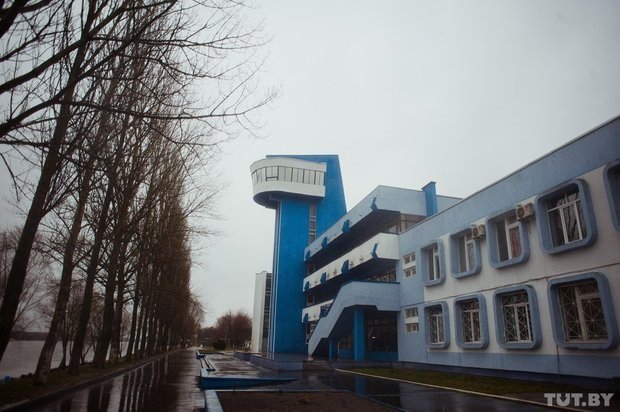 In the center of Mozyr there is a lovely ski resort surrounded by at forest of birch trees. It offers two tracks of varying difficulty: for professionals and beginners. Apart from skiing, snowboarding and ice skating visitors can drive a snowmobile or a quadrocycle. However, one of the funniest things to do here is to enjoy the view of the hilly city while riding a toboggan down the slope.

The resort is perfect for summertime too. It includes two tennis courts and a football pitch. On a sunny day many come here for biking, roller-skating and roller skiing. 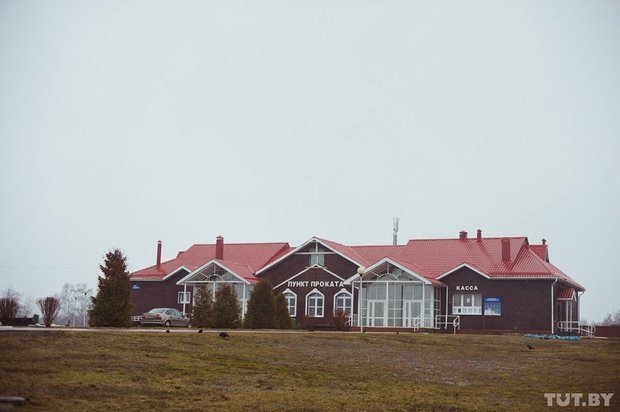 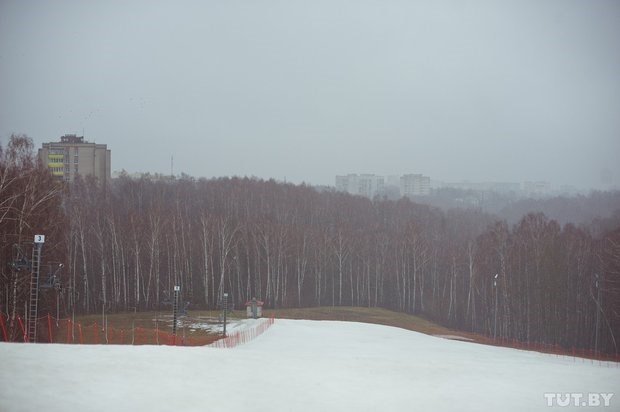