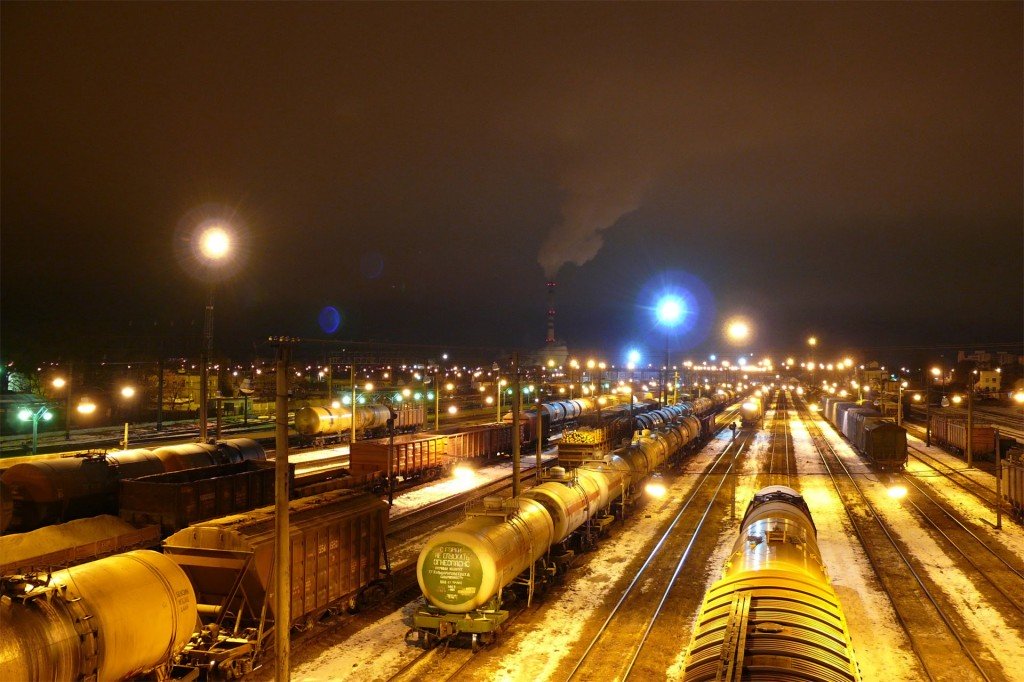 Baranovichi is a large industrial, educational and cultural center in Western Belarus and an administrative center of the Baranovichi district, Brest region. It is located on the plain between the rivers Shchara and Myshanka. The city practically lies on the straight line connecting the regional center Brest (193 km) and the capital of Belarus, Minsk (139 km).The city is 193m above sea level. Baranovichi is characterized by a very favourable geographical position and it is a hub of major railways and highways. Other advantages would be the proximity of the main gas pipeline, a developed system of electricity and water and a favourable climate.

Baranovichi is one of the largest cities in Belarus in terms of population (8th place in the country).

Baranovichi is a relatively young city compared to other Belarusian settlements. Railroad played a crucial role in the creation and development of Baranovichi. In 1871 about a mile west of the modern area there was a track railway connecting Moscow to Brest. A village called Rozvadov – in honour of the owners of the estate Rozwadowski, was gradually growing around the railway station. However, local residents have not forgotten the old name of Baranovichi, which was used on a par with the new. In subsequent years the Baranovichi village grew rapidly and in May 1884 it received the status of town and the name of Rozvadovo.

Stretching from north to south, the railroad connected the Baltic States with Ukraine, turning Baranovichi into an important railway junction. The population also increased rapidly, in 1897 the population consisted of just 5135 people and on the eve of World War I there was more than 30 000 people residing in this town. On January 5th 1919, the Red Army liberated Baranovichi and on February 6th of the same year, the settlement got the status of city. After the reunification of Western Belarus with the BSSR on December 4th 1939, Baranovichi received the status of the regional center of the Soviet Belarus.

There is a vast variety of interesting and historical places near Baranovichi such as the Mir Castle in Nesvizh, castle ruins in Novogrudok, the lake and Zaosie farm. There are about 100 historical monuments, memorial sites and places of interest in the city. Amongst the most remarkable, well known attractions are the monument to the grieving mothers at the location where citizens were executed during the Great Patriotic War, a Memorial Complex located at the place of execution of three thousand citizens of Czechoslovakia and a monument to Soldiers Liberators with an eternal flame.

St. Zygmunt Church famous for its extraordinary beauty and interesting architectural form built in the 1990s is also situated in Baranovichi. St. Basil’s is also a cathedral that stands out amongst the many churches of the city. The uniqueness of the cathedral is in the mosaic interior decorations given to the church in the early 1920s by Alexander Nevsky Orthodox Cathedral in Warsaw.

The Rozwadowski estate ‘Razvodovo’ attracts the attention of many tourists today. On the nearby lands they can see the mansion and stables of the 19th century.

An unusual monument for a sparrow was erected in Baranavichi in 2003. It was the decision of NGO ‘BirdLife Belarus’ to perpetuate the ‘feathered neighbors’. From March 21st 2011, residents started celebrating the holiday ‘Sparrow’s Day’ attracting tourists from all over the country. Other very popular holidays where celebrations take place are the ’Midsummer’ and ‘Baranovichi Spring’.

Active recreation fans may visit ‘Ice Palace’ enjoying a wide range of activities from ice skating to bowling. For those wanting to experience the nightlife then you can visit ‘Paradise’ or ‘K2’ night clubs which are most popular amongst the young people.

In the beginning, the city was completely wooden and even had wooden sidewalks, which was not common for many cities at the time.
Baranovichi is the only city in Belarus where there are two fully-fledged railway stations.

Baranovichi is the land where famous intellectual figures who contributed a lot to the Belarusian history were born. Among them are Adam Mickiewicz (famous poet and leader of the national liberation movement), Yan Chechet (poet, folklorist and ethnographer), Valentin Tavlay (poet, critic, essayist, and member of the national liberation movement), Pavlyuk Bagram (Belarusian poet), S.I. Gritsevets the two times hero of the Soviet Union, heroes of the Soviet Union I.K. Kabushkin, G.N. Bachelors and other well known individuals.

For tourist accommodation there are a number of motels, hotels, various farmsteads and cottages with access to sauna, fishing spots, bicycle tours and locations for barbeques.

Currently, Baranovichi is a large railway junction, industrial and cultural center of the Republic of Belarus. Baranavichi has about 30 enterprises of heavy, light, food, chemical and wood-processing industries. There are various factories in the city such as Machine-Tool Plant ‘Atlant’, 558th Aircraft Repair Plant, Plant of Household Chemicals ‘Barhim’, Cotton production association ‘Blakit’, Automobile Units Plant, Plant sales engineering ‘Torgmash’, Machine-Tool Plant and Plant Automatic lines Knitwear production in Baranavichi was the first in the USSR to be awarded the right to use the international seal of quality ‘Vulmark’ for its products made of natural wool. Baranovichi is renowned for the quality and assortment of its textile products.

The city gradually grew into a major regional center attracting residents from the small towns of Brest and neighboring regions (Slonim, Nesvizh, Novogrudok, Ivatsevichi, and Gantsevichi). Baranovichi had become a city with a developed industry that was located at the crossroads of transport routes. Despite being a young Belarusian city, celebrating 144 years in 2015, Baranovichi has all the potential and significant prospects for future growth.