At a July 22 meeting with Alberto Vaquina, Prime Minister of Mozambique, President Alexander Lukashenko declared that the country could become one of Belarus’ main anchor points in Africa.

Certainly the search for such points in Sub-Saharan Africa, a region which is exclusive of the more accessible Muslim north, has been intense, but the great strides by both sides needed to achieve them have been difficult. 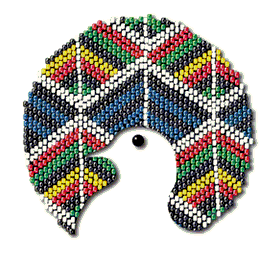 Logo of the Non-Aligned Movement conference in South Africa in 1998, the year that Belarus joined. Photo via Wikimedia Commons

For small European states, the interaction with any remote and specific region is usually confined almost exclusively to the development of economic relations, or the expansion of mutual trade.  The political component, if present at all, is for obvious reasons relegated far to the background.

In the case of Belarus and Mozambique, though, the situation is different.  Cooperation with Africa, and for that matter Asia and Latin America, began in the political sphere when Belarus became the only European country to join the ranks of the Non-Aligned Movement (NAM). Almost all countries of Sub-Saharan Africa are members. Minsk joined back in 1998 originally in order to get around the international isolation to which Belarus suffered in the second half of the 1990s.

Unfortunately, this diplomatic effort proved to be an abject failure. A glaring example of this was when, during a recent vote to extend the mandate of the United Nations Commission on Human Rights (UNCHR) for reporting on Belarus, the opposition backing Minsk’s position received only 7 votes, a small fraction of the more than two dozen Sub-Saharan NAM states. This lack of solidarity has led Belarusian authorities themselves to seem less sure about the real political prospects to be had from NAM membership, statements to the contrary notwithstanding.

To date, there have been few high level state visits, and those have been exclusively by African leaders who came to call in Minsk. President Lukashenko has never been to Sub-Saharan Africa at all. Indeed, to date, the only presidents from the heart of that continent to pay state visits to Belarus have been that of President Yoweri Museveni of Uganda in April 2000, and President Omar al-Bashir of Sudan in July 2004 (both of whom, along with Lukashenko, are still in power).

According to the UN Register of Conventional Arms (established as a result of 1998’s Security Council Resolution 1209 addressing illicit arms traffic in Africa), both of these state visitors were major buyers of Belarusian arms. Other countries that likewise have registered purchases of Belarusian weaponry include Nigeria, the Democratic Republic of the Congo, Zaire, Sierra Leone (all currently in the middle of their own civil wars), Eritrea and Ethiopia (both hostile with each other), Djibouti, Cote d’Ivoire, and Angola.

Participating in the arms trade is, of course, not a crime. The trade involves many countries, with the most significant suppliers of weapons by far, dwarfing Belarus’ participation worldwide, being the United States. However, as can be seen by reviewing the countries traded with, most of Belarus’ clients are considered to represent hot spots for armed conflict.

Indeed, in the summer of 2004, The Washington Post asserted that weapons sent from Minsk to Sudan eventually found their way into the hands of terrorists or were used in the civil war in that country, a globally-vilified conflict that eventually killed more than 2 million people.

Belarusian authorities, of course, reject all allegations of this nature, and went to great lengths to demonstrate that the American journalists were incorrect. Nevertheless, the country hasn’t avoided certain apparent reputational failures that have resulted from the assertion. 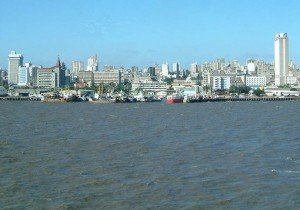 Skyline of Maputo, capital of Mozambique. Photo by Andrew Moir via Wikimedia Commons

After failing to generate significant international political support by joining the NAM, Belarus sought to use the connection to create more peaceful economic ties. “There has been plenty of work along the edges,” said Lukashenko. “Now we are looking for anchor points.”

When President Museveni of Uganda came to Minsk in 2000, the President of Belarus praised the country’s strategic position. In 2012, when receiving the credentials of Kasahun Dender Melese, the Ambassador of Ethiopia to Russia and Belarus pluralistically, Lukashenko declared his readiness to create an island of Belarus to facilitate trade. (This statement should be prefaced with the acknowledgement that after Eritrea achieved independence in 1991, Ethiopia became landlocked.)

In greeting Prime Minister Vaquina of Mozambique, President Lukashenko suggested that the visitor’s country could become an anchor point of trade for Belarus, noting that the country was “a very promising and wealthy state, known primarily for its mineral wealth.” (Although Vaquina’s native region of Tete contains coal, the country is actually described as one of the poorest and underdeveloped countries in the world, providing an average monthly salary of about 60 USD per month. However, a large natural gas field discovered in 2012 might bring about dramatic improvements to the economy.)

Still, establishing Mozambique as an anchor point has thus far not succeeded. According to the Belarusian National Statistics Committee, in 2012 the country had conducted trade with 10 African nations: Ghana, Zimbabwe, Cameroon, Cote d’Ivoire, Malawi, Mali, Nigeria, Senegal, Tanzania, and South Africa. Total trade with these states amounted to 203 million USD (0.22 percent of Belarus’ total foreign trade). Later, Zimbabwe, Malawi, and Senegal were dropped from the list of trading partners, having been replaced by Uganda and Mozambique.

However, this year-to-year ability to change trading partners without apparent cause is not an indicator of trade stability. Indeed, South Africa and Cote d’Ivoire maintain a more significant turnover in trade than the newcomers, with 42 million and 38 million USD, respectively.

When considering hopeful announcements that Belarus has found yet another trading anchor point, it is illustrative to consider the position of Sudan. A decade ago, Belarusian state media announced that relations with Khartoum would “develop rapidly, and be built on the basis of equality, openness, and mutual interest.” Today, Sudan doesn’t even appear on the list of Belarus’ trading partners.

That is not to say that Belarus, or even its potential African collaborators, are somehow at fault for the failure to develop trade. The obstacles standing in the way of Belarusian-African economic cooperation seem to have an objective nature. Most countries in the region simply do not have the money for large-scale purchases of Belarusian products. Furthermore, they have plenty of less expensive alternatives to what Minsk can offer. Therefore, despite the best efforts of Belarus’ diplomats, a future significant Sub-Saharan Africa trading partner emerging is not very likely, at least in the foreseeable future.

Translated from Naviny.by and TUT.By