The US and Belarus – at least they’re trying

The first Belarusian-American Investment Forum was held last week on Sept. 22 in New York City. Though the event marked a noted softening in relations between the two countries, this still can’t be said to represent a significant rapprochement between Minsk and Washington. However, despite ongoing deep differences over a number of fundamental issues, increased contact between the Belarusian Foreign Ministry and the US Department of State seems to indicate that bilateral relations are in fact improving. 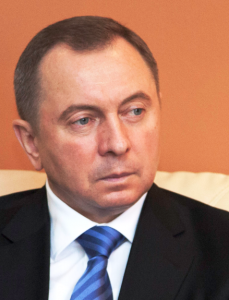 On April 2, two weeks after Russian President Vladimir Putin declared Crimea to be annexed by Russia, Belarusian Foreign Minister Uladzimir Makei opened discussions with a delegation from the US automotive firm General Motors to build an assembly plant for the manufacture of Belarusian cars. A little more than three weeks later, as fighting began at Sloviansk in eastern Ukraine on April 24, Deputy Minister of Foreign Affairs Alexander Guryanov met with Lesley Weiss, Chair of the US Commission for the Preservation of America’s Heritage Abroad. (The commission had originally been created to preserve sites important to the ancestral heritage of American citizens perceived as being endangered, such as Jewish cemeteries in former Soviet countries.)

On June 3, a little more than a week after Petro Poroshenko was elected President of Ukraine, Belarus’ Makei met for unspecified talks with Eric Rubin, Deputy Assistant Secretary in the Bureau of European and Eurasian Affairs. A further month later on July 10, as the Ukrainian “Anti-Terror Operation” advanced on Russian separatists in Luhansk and Donetsk oblasts, Makei received a delegation from the Spirutal Diplomacy Foundation, a Christian non-governmental organization based in the United States founded by Mikhail Morgulis, a Russian émigré living in Florida.

The most recent talks involving the Belarusian foreign ministry took place less than two weeks ago when representatives of the US departments of State and Defense, along with the US Agency for International Development (USAID), came to Minsk. These talks took place despite the White House acting to extend the “Act on Democracy in Belarus” in June, but given the extensive diplomatic activity and degree of success in temporary peacemaking achieved by Belarus, the visit was not altogether a surprise.

Still, the results of all these contacts have yet to produce any impressive results. The GM delegation proposed that the first GM car to come off the assembly line in Belarus would do so by July 3. Nearly three months later, this burst of collaborative optimism has long fallen by the wayside. The US Embassy was allowed to increase its staff from a skeleton of five overworked diplomats to six under Charge d’Affaires Scott Rauland, after which the consular office expanded its visa services for Belarusian citizens and lowered the cost to 160 USD for non-immigrant visas designated in categories H, L, O, P, Q, and R. But this was the most significant visible improvement in relations between the countries. 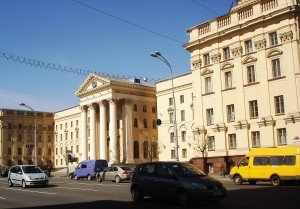 The State Security Committee, or KGB, serves as the leading law enforcement authority, as well as the national intelligence and counterintelligence agency, for Belarus. Photo by Lamede via Wikimedia Commons

Of course, US and Belarusian relations extend well below the visible surface. Until recently, both sides had kept quiet about a 2004 agreement that allowed American resupply aircraft to use Belarusian airspace and to land at Belarusian air force bases if needed for transporting supplies to NATO troops fighting in Afghanistan. In January 2011, the transit of goods by rail was likewise approved. Both agreements were extended last year.

Of course, law enforcement issues are an arena that Belarus has been more open to collaboration than in other areas. In June, the Belarusian Foreign Ministry announced its cooperation with American law enforcers in preventing the illegal transit of nuclear materials through its territory, an act which was said to be directed against international criminal syndicates. For its part, the US has supported in the UN proposals by Belarus put forward to combat trafficking in persons and prevent the illegal trade in organs, both of which are strong concerns to law enforcement in this country.

Perhaps a further examination would find other interesting areas of interaction. According to Russian-born Redford University Professor Grigory Ioffe, issues of democracy and human rights might not be off the table. According to his opinion, the investment forum in New York was only possible with support by the American side, which would be consistent with the current trend. He suggests it can therefore be presumed that the US is willing to move away from its previous restrictive economic policy with respect to “Belarus’ progress,” in Washington parlance, on these issues.

This would not be the only case in which these American touchstone issues have taken a backseat to business interests. Based on its actions, the US regards investors in China to be much more important than the conditions in which Chinese laborers work.

However, for US investors, treating Belarus in the same way as China may not produce the same level of results. In November 2008, a similar forum was held in London in a general political background that was much more positive. Today, those investors can hardly be cheered by reports of possible plans for nationalization of the successful “Milavitsa” lingerie brand. 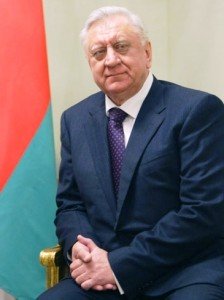 Belarusian Prime Minister Mikhail Myasnikovich, who has an engineering background and a Ph.D. in economics, provided potential investors with a number of optimistic statements at the New York forum about the potential for an increase in trade between the two countries. This much is true, as the volume of trade between Belarus and the world’s largest economy remains very low. In the period between January and July, bilateral trade, according to Belarusian statistics, only amounted to 356.5 million USD, which accounts for only 0.8 percent of the total turnover for Belarus, by far the smaller of the two. This actually represented a drop of 7.5 percent from the same period in 2013.

Myasnikovich also expressed in the opening ceremony the Belarusian government’s hope for a “reset” in relations between Belarus and the United States, similar to that which the United States presented to Russia at the start of the Obama era in 2009. He even discussed various issues important to both sides with Rep. Hakeem Jeffries (Dem.) of New York’s 8th Congressional District (Queens and Brooklyn). Of course, in solving the political situation between the two countries, even full and complete support, should it have been offered, by a member of the minority party in the House of Representatives would not be enough.

As Thomas Melia, Deputy Assistant Secretary of State in the Bureau of Democracy, Human Rights and Labor, said in the visit by the US interdepartmental delegation that took place Sept. 8-11, “The future relations between our two countries depends on the improvement of democracy and human rights in Belarus.”

Of course, all current signs within the Lukashenko administration seem to suggest that, if this is the firm policy of the United States, the outlook for improved relations is not particularly favorable.

So, overall, we can say there is a reduction of tensions between Belarus and the United States. It is possible under this situation that Minsk will be given some financial assistance. There is already a dialogue between the Belarusian government and the IMF over a new lending program, which Deputy Finance Minister Maxim Yermolovich, expressing the sentiment of the rest of the government of Belarus, expects to be implemented.

However, the views on both sides are still too drastically different. Any hope for anything further depends in a very large part on a marked convergence of these views.