Some useful information for a foreign bride or groom 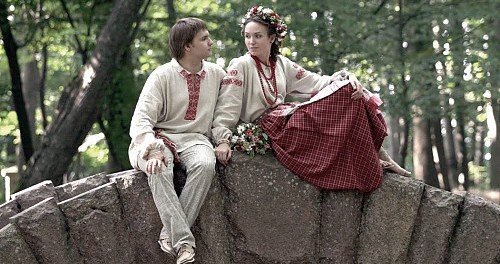 Furthermore, the research conducted by the National statistical committee of the Republic of Belarus shows that every fourth marrige in the Republic of Belarus is registered with a foreign citizen, moreover, representatives of 62 countries submitted application this year. According to the findings of the survey the unions with citizens from the CIS countries are in the lead – their share constitutes 75% of total number of the marriages registered last year. Few marriages were also registered with the representatives of Great Britain, Italy, Morocco, Egypt, Iran, China, Korea and Nigeria.

At the same time, the manager of the Minsk House of weddings emphasizes that during the last year foreign brides frequently come to Belarus to register marriages with Belarusian grooms. Among them are representatives of Russia, Poland, Italy, Israel, Great Britain, Georgia.

As a rule, to get married to a Belarusian citizen the foreigner should follow certain rules established by the legislation of the Republic of Belarus. For this reason, those are considering marrying a Belarusian person should keep the following tips in mind.

The first one is the marriage age in the Republic of Belarus.

Secondly, established obstacles to a marriage should be taken into account.

According to the “Family and marriage Code of the Republic of Belarus” the marriage isn’t allowed:

It should be noted that such marriages will be automatically void.

Apart from this the certain list of documents should be be submitted.

A marriage application should be submitted by both partners, as an exception, in a case if the presence of one partner is impossible due to remoteness of residing, illness or other valid reasons the application signed by both marrying persons can be submitted by one of them. The signature of the absent partner should be certified by chairperson of the civil registry office or notary.

Below is a list of documents necessary to be submitted to the registry office by the foreign fiance(e):

– foreigner’s passport, translated into Russian, notarially certified;
– documents confirming foreigner’s registration on the territory of the republic of Belarus (migration card with an appropriate stamp, or temporary living or permanent residence permit, issued by the Department of the citizenship and migration at the place of the intended staying or living;
-documents confirming the absence of the registered marriage with another person or termination of the previous marriage, issued by the competent authority of the state of permanent residence of a foreign citizen (in some countries it is called Certificate of Non-Impediment), translated into Russian (or Belarusian) and notarially certified.

Take a notice, that the validity of documents listed in the third item shall not be less than 6 months, furthermore, they bear legalization. The procedure of legalization means certification of authenticity of signatures on documents and compliance thereof with laws of the state of their origin.

Pay attention, there are two types of legalization:
– putting a special stamp “Apostille”, that is the equivalent of an international notarial seal and is usually placed by the Ministry of foreign affairs of the state, that issued the document;
– consular legalization.

Consular legalization is required in countries that are not a party to the Hague Convention. The procedure of consular legalization is more complicated, it usually bears the identification of the document by the Ministry of foreign Affairs of the state which issued the document, and then, by the Consulate of the country of destination in the state of document’s origin.

According to the legislation of the Republic of Belarus it is possible to register marriages not only in a Register Offices, but in historical and memorable places, monuments of architecture, history, architectural complexes. Moreover, newlyweds use this opportunity very actively. Solemn ceremonies of registration of marriage are carried out by departments of registry office in the Mir Castle Complex, the Nesvizh Town Hall and the castles and other monuments of architecture. Usually registration of such marriage holds according to Belarusian national traditions.
The religious practices concerning questions of a marriage and family, have no legal value in the Republic of Belarus. Only marriages performed at a registrar’s office are legally valid in Belarus. A church ceremony may be held later, if desired.

Marriage procedure in the Republic of Belarus

In the Republic of Belarus marriage is usually registered publicly, and at the presence of two full age witnesses (if it is requested by marrying persons). At the request of the marrying persons, the civil registry offices provide proper ceremony of the registration of a marriage.
Marriage registration of foreign citizens who do not speak the official languages of the Republic of Belarus takes place with the participation of an interpreter, who proved their skills by the relevant documents (diploma, copy of work record card, letter of recommendation, etc.).

After the marriage is performed, a marriage certificate will be issued by ZAGS. For further use outside Belarus, the certificate should bear an apostille from the Consular Division of the Ministry of Foreign Affairs of Belarus in Minsk or at the appropriate Belarusian consulate abroad. It is better to put apostille in Minsk, as otherwise the cost can be prohibitive.

Engagements in the Republic of Belarus are held mainly for cultural reasons and have limited status, one of the parties can decide to end an engagement as an agreement to marry cannot be legally enforced.

Finally, it is worth to be mentioned, that according to a recent survey many young people (near 40%) mistakenly believe that simply living together can give you the same rights as marriage. They are wrong. Only couples who get married will acquire legal rights and responsibilities in relation to each other.

Consequently, we hopefully belive that the tips given in the paragraph will help you to avoid obstacles on the way of registering a marriage with a citizen of the Republic of Belarus. After all, keep in mind that it is much more easier to enter into a marriage than to keep it throughout the whole life.

For any additional information please contact us by e-mail.

Names and links to appropriate laws:

2. The Decree of the President of the Republic of Belarus on April 26, 2010 No.200 “On administrative procedures, carrying out by state offices and other organizations on applications of citizens” – http://etalonline.by/?type=text&regnum=P31000200#load_text_none_3_

3. “The Regulation on the order of registration of acts of civil status and issuance of documents and (or) certificates by registry offices”, adopted by the Resolution of the Council of Ministers on December 14, 2005 No.1454 http://etalonline.by/?type=text&regnum=c20501454#load_text_none_1_

14 Comments on Marriage for a Belarusian citizen: legal issues