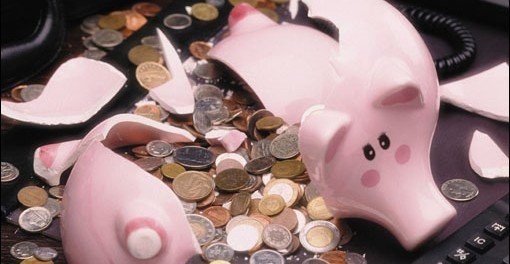 The indices of unprofitable enterprises in 2014 turned out to be considerably worse than in previous years when the country suffered hard economic conditions. According to some forecasts the real economy is unlikely to advance in 2015.

13-trillion losses
The results of financial activity in some companies in January- November 2014 revealed the actual state of affairs in real economy. Considerable financial losses greatly affected economy and need a thorough examination.

In January-November 2014 Belarusian businesses suffered losses of about 12, 97 trillion roubles which is 1, 9 times greater in comparison to 11-month period in 2013.
This situation arouses certain concerns as net income in January-November 2014 totalled 50, 3 trillion roubles. Thus the share in companies’ losses in reference to net income amounted to 25, 8%. In other words, for every rouble of losses there is only 4 roubles of companies’ income.

Actually if to analyse historical dynamics this index seems to be quite low. In 2009 when the industry of this country suffered the consequences of the world crisis and in 2011 when Belarusian businesses were confronted with a long-lasting financial crisis in the domestic market the share in companies’ losses was considerably lower.

Apparently the share in companies’ losses in 2014 seems to be more considerable than in previous years of financial difficulties. Thus, although officially nothing was issued about economic crisis last year financial performance of Belarusian businesses shows another tendency.

Data on the solvency of companies is presented quarterly and the results of January 1 will be known only in February 2015. However according to the indices shown in October the situation in 2014 will be a great deal worse than in autumn.

“According to official statistics 36% of companies were considered insolvent on October 1, 2014 and 25, 4% had no current assets to run business. At the end of the year we’ll have to observe far worse situation”, suggests Anton Boltochko, economist.
The main share in losses goes to industrial enterprises

As for the situation on December 1, 2014 net loss of industrial undertakings totalled 8, 76 trillion roubles, i.e. 2/3 of losses are generated by enterprises. In fact net loss of industrial enterprises increased almost twofold (by 97, 5%) compared to the period of January-November 2013. Engineering industries experienced the major growth in losses in particular losses of automobile and equipment manufacturers equalled almost 3, 4 trillion roubles in January-November 2014 that is 8 times more than for the same period in 2013.

As for the light industries, losses of shoe and leather goods manufacturers went up 2, 75 times than they were in 2013. In fact the enterprises which suffered considerable increase of losses last year had a large stock at the end of 2014.

According to Belarusian analysts, increase in stocks can be explained by economic difficulties in Russia as a result demand for Belarusian products decreased on the Russian market and state-run enterprises suffered great losses. ‘Considering the economic situation in Russia private businesses are interested in decline of production and have to optimize the number of their staff. Meanwhile, state enterprises are aimed at keeping the level of production output and working places that’s why the growth of losses in Belarusian economy compared to the situation in Russia is quite logical’, believes Vadim Iosub, financial analyst of the official partner ‘Alpari’.

‘Production output in industry is kept on the level of the previous year but financial indices of enterprises represent the actual situation and prove that operations in stocks are not efficient’, says Anton Boltochko.

Today Russia is a major market outlet for exported Belarusian goods (except for oil products and potash fertilizers) therefore economic development in Russia will determine the financial state of Belarusian enterprises.

However according to the recent assessments of Ministry of energy in Russia if oil prices stabilize at $45 a barrel GDP of our Eastern neighbour can fall by 4-5% in 2015.
‘The demand for Belarusian products will probably fall down on the Russian market this year. Therefore the financial standing of our enterprises can be far worse than in year 2014’, concluded Vadim Iosub.

Anna Yurchuk is in her 5th year at Minsk State Lingustic University. She is fond of movies, art exhibitions, scientific and historical discoveries. Literature and translation give her a good brain- training while the Middle- earth legendarium keeps her heart.
Contact: Facebook