The most famous Belarusian tennis player and a millionaire Max Mirnyi said, that once he had been saving for a car, and now  his family is his priority

His face is on billboards all over Belarus, his name is in the list of the Olympic champions and is a topic for school essays. But we want to see a real person behind the figure of a cult tennis player and we hope, that we have succeeded in it. The former top-ranked double-match player, Max Mirnyi, gently pulls his pet’s ear – a dog named Panda, laughs with his guard Boria and honestly admits that he has a heavy heart, when he has to leave his family. In this interview we are going to tell about the life of the man, who has contributed more than anyone else in making people all over the world – from sunny Florida to hot Melbourne – talk about a small, but a proud country –  Belarus, herewith having preserver amazing allegiance to his native country.

In Mir Castle there is an exhibition of your achievements called “Peace trophies”, a so-called personal Hall of Fame (Mirnyi means “peaceful” in  Russian). Do you find it easy to live in the status of a national hero of the whole country?

I don’t regard it as something heroic. It’s good, that some sports results made my name well-known. I like it, when people recognize me and that the Mass Media interview me now and then, but that’s it. It’s flattering and nice, but at the same time it’s very responsible, as my children, friends and relatives can see these billboards with me on them everywhere.

In 2000’s I was younger, I’ve been winning more times and you could see my name in the press more often. And this is normal. I don’t miss that glory. Now there are other pieces of happiness in my life. So why write something useless? When there were some bright moments in my sports career, they wrote about it. And I’m grateful to the mass media for that. Now I have four small children, so even without a crowd of journalists somewhere around, there’s no time to be bored.

Sorry, for being indescrete, are you retired from tennis?

In terms of physical age, I’m a man in my prime [he is laughing]. I’m turning 38 these days. But in terms of professional sports there aren’t so many professional athletes, who are still active at this age, and who is still on top. I’m happy that I managed to hold on for such a long time in the elite division, but I understand that the end is inevitable. My sports song will soon be over. But while it’s still in the air, I am enjoying every chord.

Yes, sometimes it’s sad to realize that I won’t get to the finals of big tournaments anymore. But I’ve put so much effort in order to stay in professional sports as long as possible, that I just can’t leave it! With the years I resigned myself philosophically to good luck and ill luck.

You upkeep of two houses, one in Florida and the other in Minsk. How many days a year do you stay in Belarus?

Alas, I’m constantly on the move and I have a heavy heart saying goodbye to my family every time I leave. I want to stay with them, but I have to leave. As a rule, when It starts raining in Minsk, in September, I leave. I have to get ready for competitions in warm climate, but I think I’ve had enough of this heat already! I like gloomy belarusian weather even more now! A very responsible tour starts in Australia in January and it’s 40 ˚ C there at the time. Then we are travelling around the world following summer and the summer. Usually, I spend the time between the tournaments –  from September to April, in Florida. And when the snow melts in Belarus, and it’s time for European competitions to start, I come back to my Motherland. Minsk has always been and will always be my home. I have worked hard playing for the Belarusian national team in the Davis Cup, and continue playing in it. So, geographically, I’m away for some time during a year, but my heart and soul are always here. My parents are here, a sports club named after me is here and I spend a lot of time and money on it. Thus, I do really care about what is going on in Belarus. 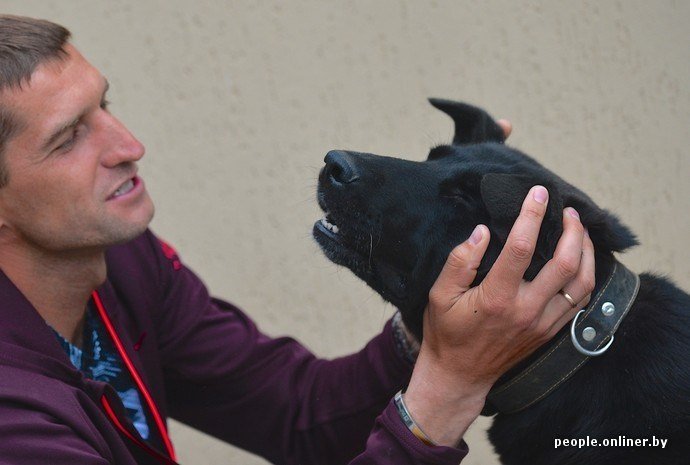 What do Americans think of Belarusians? Is it still an “unknown third world” country?

When I first came to the USA in 1991-1993’s, I was treated simply as a good junior from the USSR. At that time, neither Americans, nor the rest of the world really understood what was happening with the collapse of the Soviet Union. After all the events of Belovezhskaya Puscha we were leaving Moscow with red soviet passports. So they treated me, as a Russian boy. Much later, when we started performing at the Olympics in Atlanta and Sydney as an independent state, when we won big tournaments under the Belarusian flag, only then little by little people started understanding, that there is a such country named Belarus. Most Americans have a rather narrow view of the world. It was difficult to distinguish Belarus from Colombia for them. But now, after my victories and Vicktoria Azarenko’s success, they think about us respectfully, as an independent country “somewhere in Europe.” They, however, sometimes think that Belgium and Belarus – is one and the same country, because the abbreviations are similar: BLR and BEL. In 1994 at the tournament in Africa It was the 1st time, when I represented my country as Belarus and not the Byelorussian SSR. It was then, probably, that they’ve finally realized we are an independent country.

Last year your family took part in the reality show “Peace Tour” on Belarusian TV. You have been to many places in Belarus, that are of great interest for tourists. So tell me, were you surprised at the level of service?

It depends on the price. For example, in Brest, we stopped at a very comfortable hotel. Unfortunately, I don’t remember the name. If you happen to wake up there, you won’t tell if it’s Paris, Minsk or brest – the service is really of a high quality. But it was very expensive. During the “Peace Tour” we learned a lot: about farm tourism, Manors and other interesting things.

Of course, we should learn to be as compliable as tour operators in Greece or in Turkey are. It’s a pity, that though we have so many historic beautiful places, but we don’t know how to present and how to sell them. Although there are some exceptions. For example Repin’s Manor or Chagall Museum. Amazing places! 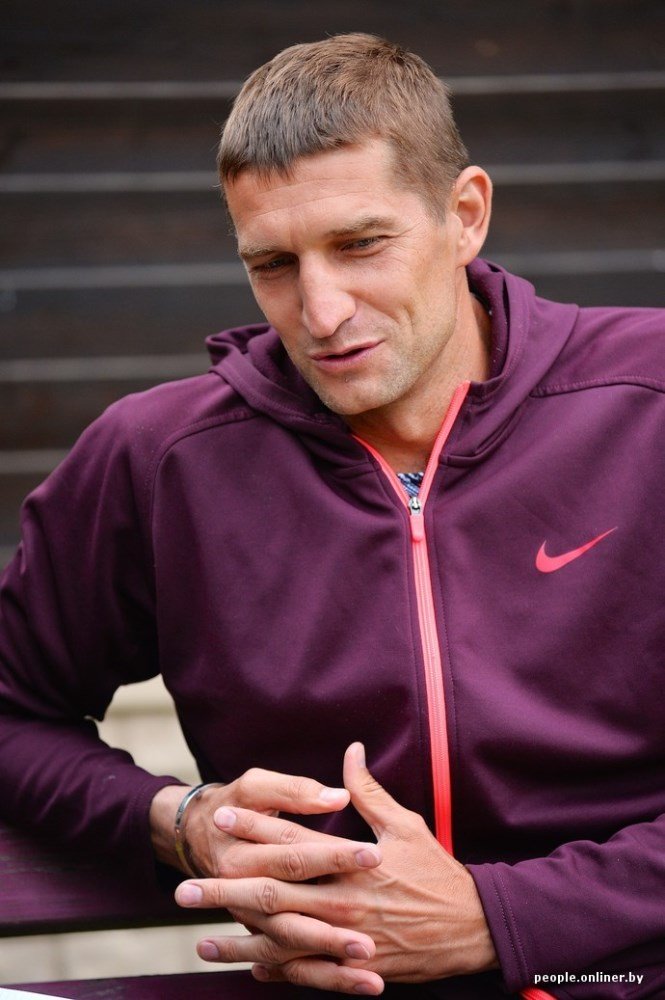 You played with lots of partners in doubles, and mixed doubles. Did you choose them according to some personal sympathy or in some other way? For example, Canadian player Eugenie Bouchard, who played the last tournament with you in Roland Garros, too.

In fact, she is a very open girl. Her agent got in touch with, knowing that I was the ancient luminary in the mixed doubles. He asked me to play with Eugenie to recur her from single performances. Unfortunately, we were to play with the strongest pair at the tournament. In the first round we lost to Mike Bryan and Bethanie Mattek-Sands, who eventually won the “Roland Garros”. Nevertheless, the second set we good. We even tried playing some combinations. I looked at her in another way. At court she was very respectful. After the match, she apologized for the fact that we did not win. She thanked me for the sincere struggle. I was pleased to hear such words from a pretty high level tennis player, who didn’t have to say anything.

Sometimes, I take, let’s say, the fifth place in the ranking, and my partner takes the seventh. By rating we seem to correspond to the same level and place well in each tournament. But when it comes to choosing hotels, airline tickets, having dinner together, You get to understand that it is a person from another planet, with whom you feel uncomfortable. Or vice versa. That’s how it was with Eugenie Bouchard. We met, and I had a completely different, positive image of the person. It takes time to get to know each other for  men and women. It is not always easy to define at a glance, whether this partnership is going to be a successful one or not.

In one of the previous interviews you were telling when, as a Newbie, you’ve been saving up on a ticket to Melbourne for the Australian Open. And now, do you need to save up for something or not?

I don’t have any psychological piggy bank as such. I just set some aims. Today I look at my professional career in tennis as something that I like to do , and I like to perfect myself in it. As far as the financial side is concerned, I understand what we are fighting for, because each tournament has a particular prize amount. Now, making money, I see prospects for the family. Thanks God, we have a lot of kids whom we want to give good education, to let them do what they like, whether it is music or sports. Of course, it’s expensive if you consider all of this. Thus, the “a piggy bank” is taking care of my children’s future for me. I used to think more about myself and I had dreams such as buying a convenient ticket or a top-brand car (that’s when I earned more money) or to save money for an apartment. Now there are other priorities, that are associated with my family and children.

But you’re a real millionaire, right?

Belarusian currency fluctuates a lot, so yes, we are all millionaires [laughs]. But I‘m very pleased that I was able to play in the era of the best tennis double teams. And being able to beat these champions! Bryans have now bet all the records, and I think it will take a lot of time to defeat them. And  the trio Nadal – Federer – Djokovic, what have they done! Over the past hundred years, only two athletes managed to win all the Grand Slam tournaments. Nadal and Federer have won all already, but it is not clear how Djokovic could have lost to his rival in France. But I still hope that he will win the “Roland Garros”. Thus, I’ve had great time being in professional tennis! 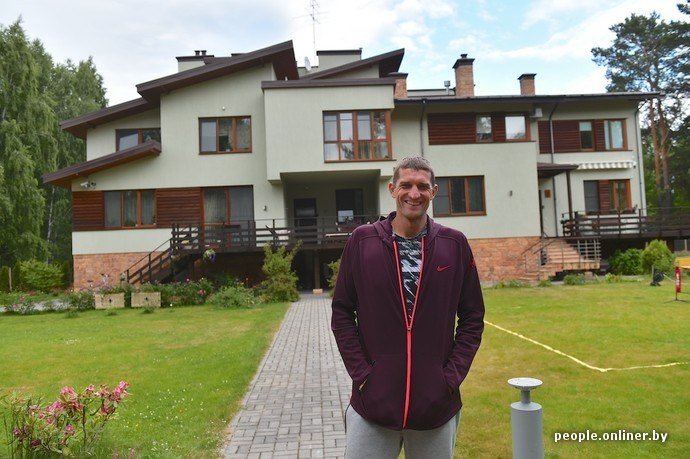 2 Comments on Max Mirnyi: Now my family is my priority