American player moves from Finland to Belarus to play in KHL

American Nick Bailen emerged recently as perhaps the most enigmatic person in the long list of newcomers to the ranks of Minsk-Dynamo. This 24-year-old attacking defender never played in the NHL or the KHL, and his acquaintance with European hockey is limited only to the last season with Tappara, the team for Tampere, Finland. While with the Finns, Bailen established himself well, easily catching the attention of Dynamo Minsk scouts. This resulted in a one-year contract that the New York-native signed with the “Bisons,” moving him from Finland to Belarus. In order to learn more about Minsk’s mysterious new player, a correspondent for Minsk publication Pressbol interviewed him over the phone while he was visiting home in America. 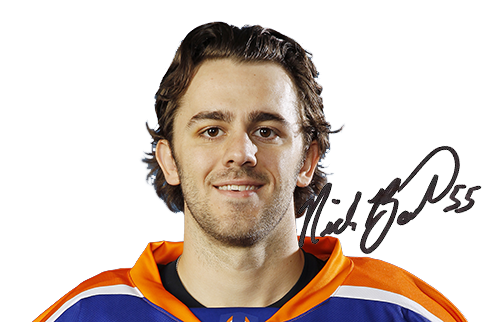 – How did you get signed with Dynamo?
– After a successful season in Finland, I took a break to think about the future. I could have remained with Tappara, but then I began receiving several proposals from the Continental Hockey League (KHL). My agent and I thought about it, and then chose the Minsk club.

– It was expected that you would be drafted into the KHL?
– In Finland, I played very well, and these thoughts began to come to my head. And many of my teammates said that I have every chance to move into the continental leagues. Well, that happened.

– Members of the Minsk team usually actively consult with their colleagues who have Dynamo experience. Who talked with you?
– While I was with Tappara, I met with keeper Andy Chiodo, who I met the first time a few years ago. I even talked to Cory Murphy. These guys were my main sources of information. They said Minsk-Dynamo has perfect fan movement and a nice arena.

– You’ve never been to Belarus?
– No. But I’ve been in contact with guys playing at the Minsk World Cup, like David Leggio, Team USA goalie. I’ve even talked with Latvian player Zemgus Girgensons. He plays for the Buffalo Sabres, my favorite club. These guys told me that Minsk is a beautiful European city.

– Do you often watch the KHL?
– To be honest, I’ve not seen any of their games. But no worries. Everyone knows about the KHL. This is the second league of the world after the NHL. In addition to several I met with Tappara, I’ve talked with several players with experience playing in it. They explained to me something about it.

– Do you seem the move to Dynamo as a step forward in your career?
– You can say that of any transfer to the KHL or the NHL from just about any other league. Of course, it will be necessary to try to adapt to a new team, a new coach, a new country. But I hope I can as well as I performed in Finland. I want to effectively manage the puck, get more points, and help my team win.

– You’re an attacking defender?
– Right. I like to tinker with the puck, go with it as long as possible, and then shoot for a goal, especially during a power play. With Tappara, I often went to the ice while we had the numerical advantage. That turned out well.

– Is it true that you do not mind a fight?
– In my youth that happened, but I’ve outgrown it now. In Finland, for instance, nobody waves his fist. Of course, if you have to, you can pull out the gloves. But it’s generally not my thing. I go to the rink to do other things.

– You come from New York …
– Yes, from a small, quiet town called Fredonia. I used to live close by, but I have since moved to the center of Buffalo – it’s about an hour away. In the city, it’s fun.

– In the United States, hockey is not the most popular sport. Why did you take it up?
– The popularity of a sport depends a lot on the region. In my region, we like this game. That’s not really that surprising when you consider Canada is close at hand. Toronto is just a half-hour away by car. Plus, I have two brothers, and one of them, who is five years older than me, went into hockey first. All I wanted to do was emulate him. Later I got so involved that I decided to become a professional!

– You’ve played for student teams.
– That’s right, in the NCAA student hockey league. It was there that I learned how to really play good hockey. I was taken into the hands of competent trainers. At the same time, I learned what adult life was like, and I received a good education in my major, “Finance and Economics.” Of course, I never went to work in this profession. I very much wanted to become a professional hockey player. It was a childhood dream. But in the future, after my career, I probably will go into finance for a living.

– How was it in Finland?
– After college, I had the choice between playing in the AHL or Europe. I conferred with an agent and decided to go overseas. I wanted to live away from home, and get new life experiences. Fortunately, I found a good team with a great coach. I do wish them luck. Tappara’s coach trusted me and allowed me to play the way I like. And my teammates were at a good level. When you have great masters around, it makes it a lot easier to be great in life.

– There were no problems with adapting?
– If anyone had any difficulty, someone immediately came to the rescue. A month later, I became quite acclimated. Although sometimes I felt the language barrier.

– How many words do you know in Finnish?
– Maybe 50. In Finland, many people speak English, but I thought it was my duty to try at least a little bit to learn the language and culture of the country where I live. This facilitates making contact with the locals.

– Do you plan to do the same with Russian?
– I want to! But will I succeed? All I know in that language right now is just one word: “Net.”

– Will your experience in Europe help you in the KHL?
– Certainly. I think that every year I grow as a player and as a person. Therefore, I will do everything to perform successfully with Dynamo.

– Will you move your family to Minsk?
– I’ll live alone. I’m not married yet. I don’t even have a girlfriend.

– Do your relatives have any idea where Belarus is?
– Now they do. I think they can find it on a map. When they learned about my options in such-and-such cities, they began to look up information about these places. In Finland, my parents, my brother, and several friends came to visit me. I think they will also come to see me in Minsk.

– Did you watch the recent World Cup?
– U.S. television showed few matches. I think that was because of the time difference. So I saw only a few games with the U.S. team – against Finland, Latvia, and the Czech Republic.

– And what do you think about your team?
– In general, I’m pretty happy with them. The guys tried. It was a very young team after all. Our players from the Olympics all left, and at world championship, we had all new people. This was a good experience for our guys, who mostly only performed in North America. They finally met with European hockey.

– What will you do on summer vacation?
– I’m at home in Buffalo right now. Resting, meeting with friends, playing golf …

– Hockey players are so fond of golf. Is it because there are also using a putter?
– Ha-ha, I wouldn’t put it past that. And for some, perhaps, it is an occasion to escape from the family. But in general, golf is a great sport. In North America, we’ve watched it on TV since my childhood. It’s a perfect way to relax – four or five hours in the open air, in the company of family or friends. What is there not to like? 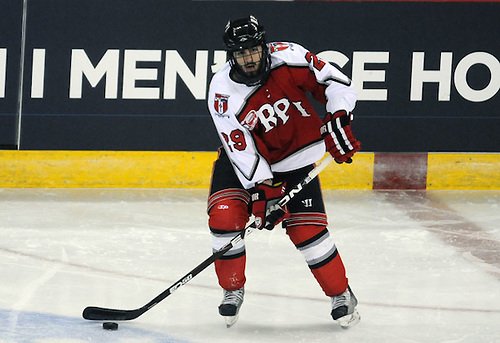