Alivaria museum tells us about history of beer in Belarus

Alivaria  pub which used to be located in the building of the factory is still remembered by many citizens as a place to sip a pint or two of a heady drink. The pub was closed and substituted with a place of a more noble purpose. Today one will find there an exhibition and degustation center which is a part of the museum. Beer Academy classes are held here where visitors can witness with their own eyes the process of preparing this national drink. 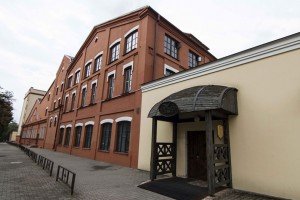 As for the excursion around the production workshop, it starts from an exhibition hall where one can find various artifacts connected with the establishment and development of the museum. 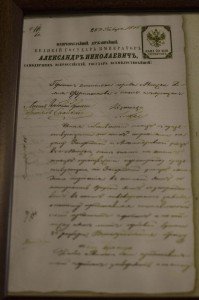 Document from which the history of the factory started

There’s a document from which the history of the factory emerged. It is a petition to the Emperor made by a common woman Rohla Frumkinova from Minsk. She decided to build a wooden house which would serve as  a brewery so that all citizens could get the chance to try her excellent drink.  For almost 20 years the enterprising woman kept brewing beer there. After her death her sons couldn’t continue their mother’s business due to the controversies and soon the factory had to be put up for a public auction. In the year 1893 the brewery was bought by  Yan Chapsky who turned out to be a forward-looking and innovative person. His name is associated with the expanding and modernization of the factory.

However due to count Chatsky’s health problems the factory had to be sold. In 1899 Bohemia was bought by the Lekerts  family of Bavarian lieges: Paula Yulievna and her sons Adam, Nicolay and Franz Lekerts. The manufacturing process was organized with German preciseness.

The business was on the mend. The factory started to expand and beer was delivered to Bialystoc, Vilno, Brest, Grodno, Bobruysk. Yet in 1918 the factory was nationalized and turned from Bohemia into Belarus. 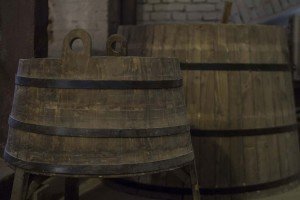 The exposition of the museum is composed of various devices and utensils that helped to brew beer for over 100 years.

Onwards the excursion continues in the modern workshops where absolutely different kind of equipment is found. 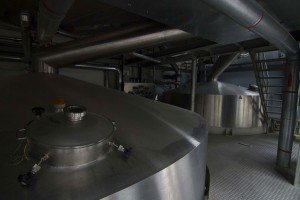 The museum offers an excursion of a different format called “The Academy of beer”. This excursion is held in the exhibition hall where one can get the opportunity of tasting beer according to the sommelier canons as well as get acquainted with the history of the factory’s evolution, learn about Carlsberg Group(the owners of Olivaria factory controlling stake). 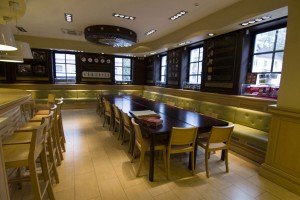 The museum can boast of another interesting project. It presents one of its kind in the whole Belarus wheel of beer flavours.  As it turned out these are 14 flavours that are used in making Carlsberg Group products. The extracts are odoriferous substances in the raw because far not everyone’s nose is able to distinguish the delicate notes of red apple, chocolate or almond in the ready-to-drink beer. 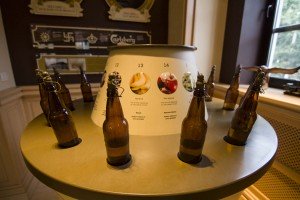 After a quick tour around the hall the most interesting part begins – under the thoughtful guidance the visitors try brewing beer according to the old-fashioned techniques. 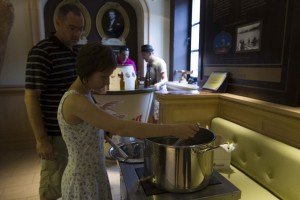 Trying yourself as a brewer

And of course the degustation follows. At this point you will not only taste several sorts of beer but also will be tought to disclose the “beer bouquet” and told how to drink beer in the right way, define its quality by the speed of bubbles and froth…

After listening to the lecture on brewery and putting your theoretical knowledge into practice, every visitor receives a certificate from the Academy of Alivaria beer confirming that he or she has learnt the course of beer making. 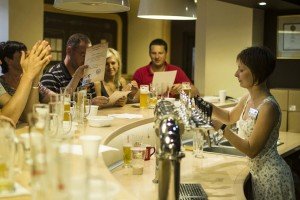 The main aim of the museum is not to popularize consumption of beer but rather teach the “art of drinking” through telling about the history of brewing in our country and sharing some curious details about the city life.

The museum is located in Minsk, Kisilyova Street 30

The excursions are held on Sundays from 4 pm till 5:30 pm and from 6pm till 7:30 pm by appointment (not later than a day in advance).

The minimum age of a visitor must be 18. The maximum number of visitors should be 20. The duration of the excursion is 2 hours.