The crisis at the domestic and foreign markets, the continuing decline in foreign exchange reserves, high foreign debt payments and a reduction in revenues from taxes on petroleum products into the budget require from the government and the National Bank of the Republic of Belarus to seek funding for the maintenance of financial stability.

During the discussion with journalists, Alexander Lukashenko said that, if necessary, Russia promised to help. Therefore, the next meeting of presidents of Belarus and Russia in Sochi was seen as a conversation about money. However, the only message, received after the meeting held on February 8, was the statement of A. Lukashenko that Minsk would adequately host the summit in “Norman format.”

It is not known whether the presidents had told about the financial support, but the Belarusian side has already prepared a joint program with the Russian anti-crisis measures to overcome the problems in the economy, which argued the need of financing Belarus of more than $2 billion USD. 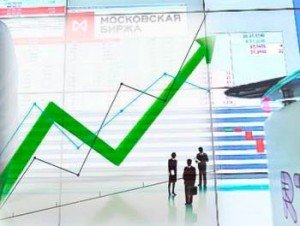 Last week, the agency Prime-Tass citing an unnamed source told the details of the draft program of coordinated actions of governments and central banks of Belarus and Russia in the field of economic politics.

According to the version provided by the agency, Belarus can take $2.5 billion USD in Russia due to the placement of bonds, as well as interstate government loan.

In the form of a loan $500 million USD may be granted, said the source. This amount seems quite realistic in terms of the possibilities of the Russian government, because larger amounts will require a revision of the budget. In addition, the same amount was called as possible last autumn.

As for the remaining $2 billion USD, which is named as a financing gap in 2015 by the authors of the project, it planned to take through the placement of government bonds at the Moscow Exchange.

At the same time, the bond in amount equivalent of $1 billion USD will be located in Russian rubles. Another $1 billion USD may be placed in bonds denominated to dollars. Moreover, the Belarusian government is interested in the target redemption of dollar government bonds by the expense of The Russian National Wealth Fund.

Obviously, we are talking about refinancing debt on Eurobonds of $1 billion USD, which will have to repay on August 3, 2015. A new loan for $1 billion USD is provided for the repayment of this debt in the budget for the current year.

Treasury officials have repeatedly stated about intention to refinance this debt through the placement of new bonds. However, initially it was planned to place at Western markets. After evaluation of the possible cost of such accommodation, which may be too high, the government decided to consider the option of placing bonds in Russia. At the same time, to get away from the high rate at market placement, a plan of target repayment of bonds is offered. Perhaps, in this case it could be a lower cost of borrowing.

However, this financing scheme of $2.5 billion USD is not the limit. “Along with the placement of government bonds in Russia, the project includes several other financial compensation mechanisms of external shocks,” agency Prime-Tass quotes its source.

The Belarusian side also offers to consider the possibility of loan with Special Drawing Rights by International Monetary Fund in equivalent of $1 billion USD, that as stated to the project will allow to replace the shortfall in funding of the balance of payments due to the failure of the sixth tranche of EurAsEC`s stabilization loan.

The last tranche is less than half of the estimated loan denominated in Special Drawing Rights, — $440 million USD. Mention about it in the project says that its receipt can be forgotten. Indeed, the period of availability of the credit, in accordance with the decision of the Anti-crisis fund of July 2, 2014, expired on February 1.

Among the proposals of the draft program of coordinated actions of governments and central banks of Belarus and Russia in the field of economic politics — the proposal to transfer the repayment and servicing of all state loans of the Russian Federation, provided to the Government of Belarus, from the dollar to the Russian ruble.

The Belarusian side also offers to expand the using of national currencies in mutual trade, to go to the common principles of pricing and payments in national currencies for the goods and services of natural monopolies, to unify tariffs for transportation of energy resources.

According to the project, it is also expected using the financial mechanism to support liquidity in the Russian ruble in order to smooth the cash gap of consumer sides to resolve the problems in mutual settlements, including the participation of export credit agencies. It is proposed that the Bank of Russia will open revolving credit line in Russian rubles to the National Bank of Belarus to support the transition to the Russian ruble in mutual trade.