The carriages are full of the Chechens who want to obtain refugee status by going from Brest to the EU – most often coming back again without success, but this does not deter most from making this laborious journey time after time, in the hope that they will eventually strike lucky and are granted the status they so desperately seek. It is an ongoing cycle almost like in the Groundhog Day,the movie, where the same scenario happens again and again.

The morning train departing from Brest going to Terespol is filled to its maximum capacity. The passengers are a mixture of Belarusians, Chechens, and Georgians. Sitting in front of me is Ishaq from Grozny. He came to Brest with his wife and grandson three days ago. Every morning Ishaq follows the same routine; he wakes up, goes to the railway station with his family and catches a train to Terespol in the hope of a new life in the EU but to no avail, as their plea for refugee status is rejected every single time that they have made the journey so far and they always end up going back to Brest. Ishaq is fairly new to this as it is only his third time making the trip. Many of his more experienced compatriots tried to get out of this ‘border limbo’ dozens of times but without much success. It seems like everybody wants to go to Poland but only few are let in.

“They are very selective as to who they allow to enter Poland. Yesterday I went with my nephew’s family, they went through and I was rejected– complains Ishaq. – They say it’s easier for those who have a Polish visa, but how can you obtain one in Chechnya? Perhaps, they just can’t accept so many people at once, so they let some in and reject others. Some people try ten times and are successful on the eleventh”.

“If the Poles don’t let us in again, we’ll go back to the Fortress”

Ishaq does not hide the fact that he left Chechnya purely for economic reasons –unemployment is at an all time high as there are barely any job opportunities. Most of his relatives are already in the EU. Ishaq’s own son managed to cross the border only a couple months back, in the same way that Ishaq attempted to himself.

Ishaq along with his family first made their journey out of Chechnya by taking a bus from Grozny to Moscow then used the railway to make their way to Brest, from there they took a train to Terespol where they got refused entry and ended up going back to Brest where they currently rent an apartment and continue in their endeavor to seek refuge in Poland.

Most newcomers to Brest try not to attract any attention, they do not leave their homes without necessity and they take taxis to the railway station and back. Ishaq, on the contrary, prefers walking around the city and does not like staying at home.

“Last evening my grandson and I visited the Brest Fortress. Our compatriots fought there during the war too. Today, if the Poles don’t let us in again, we’ll go back to the Fortress”– says Ishaq. 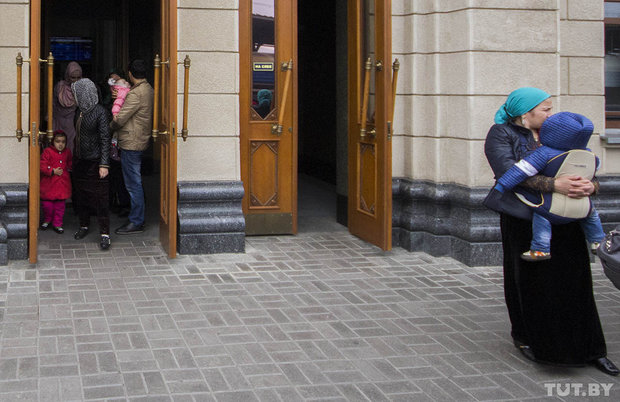 Lecha from Chechnya has been living in Brest for two weeks already. He has attempted to cross the border 13 times and just like Ishaq, he only takes the morning train.

“13 attempts are not that many. Some of us have tried 30-40 times, people normally set off in the morning, get turned around, take another train in the afternoon, they get rejected again  and then they  try for the third time in the evening, but I’m too old for this” states Lecha.

Lecha is running away from unemployment in Grozny in the hope of reaching his relatives in France. He admits that he only needs to cross the border, and that he does not plan on staying in Poland for long.

“One of my sons has been living there [in France] for three years already, the other one – for a couple of months. I just wish I could get to Poland” hopes Lecha.

Belarusians to the Exit

The train approaches Terespol railway station. Awaiting the train at the platform are the Polish police dressed in their official uniforms with their faces covered with black balaclavas. The Belarusians are the first set of people to leave the train, followed by the rest of the passengers all of whom are seeking refugee status in Poland. Upon arrival to Terespol, documents are checked and then it is determined who will stay in Terespol and who will be led to the waiting halls of the station to wait for the train to take them back to Brest. Ishaq is feeling optimistic, but has bought a return ticket just incase. 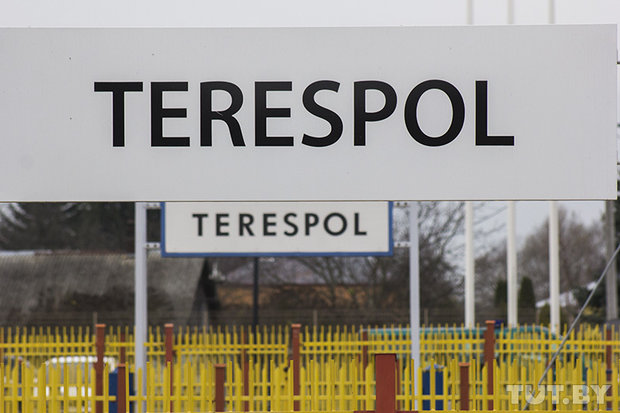 Number of Refugees has risen from 700 to a Staggering 8300

The press office of Brest Border Service told TUT.BY that the flow of the refugees crossing the Belarusian-Polish border had increased significantly in the middle of August 2015.

In June 2015, the railway checkpoint ‘Brest’ recorded around 1700 attempts of getting to Poland by the citizens of the Caucasus and the countries of Central Asia. In July, there were more than 2000 attempts, in August it reached its highest peak of 8300 and in the first ten days of September the number stood at over 4000.  In comparison, there were slightly over 700 attempts of crossing the Belarusian-Polish border by train in January 2015. More than 75% of such attempts resulted in people being sent back to Brest. 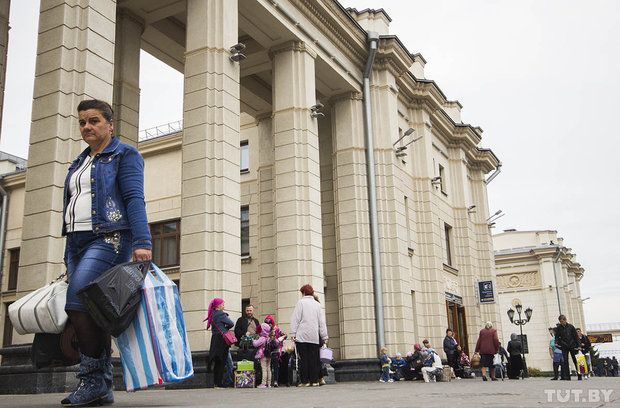 About the half of the ‘refugees’ are made up of Chechen citizens of Russia, followed by the Georgians, the Azerbaijanis, the Tajiks, the Kyrgyz and the Kazakhs.

The data of Nadbuzanski department of the Polish Border Service also attests to the increase of the migrant flow in this direction. As the Press Secretary Dariusz Sienicki told TUT.BY that there were 429 people who applied for refugee status in May 2015, in June the number stood at 532, in July there were 724 people and in August a staggering 1153 applicants. In the first two weeks of September, the frontier guards of Nadbuzanski department received 672 applications. In the whole of last year the frontier guards received  a total of 2945 applications from people applying for refugee status. Most of the applications were from the citizens of Russia, Georgia, Kyrgyzstan and Tajikistan.

After the applications for refugee status are received, the migrants are directed to the centers for foreigners, says the Nadbuzanski department.

The Railway Men are in the Black

The Brest railway men are still able to manage the flow. The Head of Brest-Central Railway Station Viktor Kulai informed that there were no problems with the tickets issued for the Brest to Terespol train. Members of staff are tracking the demand and add more carriages if needed.

The most popular train amongst the potential refugees is the morning train going from Brest to Terespol, which leaves at 8:01am. 6500 tickets for this train have been sold in April of this year with 7200 sold in May, 8013 in June, 8652 in July and 9824 in August.

“It’s Already the Second or Third Generation of Migrants”

The Head of Regional Department of Citizenship and Migration Alexander Tomashev is convinced that for now the situation with the influx of guests from the Caucasus is under control.

“The flow of the refugees from Chechnya and Georgia through Brest is constant. Sometimes there is an increase in the numbers of arriving citizens, for example, traditionally there are more of them in the summer than during the winter months. Also the change in the numbers can be caused by the situation in the European countries, although usually they are going to Europe to their relatives who have already been living there for a while. It’s already the second or third generation of migrants”.

According to Alexander Tomashev, the ‘refugees’ in Brest act peacefully and do not cause any trouble neither for the police nor for the locals.

According to the Brest Police office data, 22 foreigners were deported from Belarus for violating the rules of temporary stay in the border zone. 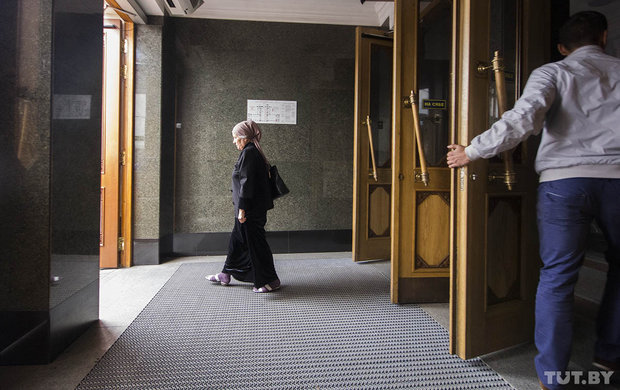 The staff at the ‘Bug’ hotel, which is situated near the railway station, told TUT.BY they have not noticed the influx of migrants. They explained that the ‘refugees’ prefer to rent apartments as opposed to staying in a hotel. There were even cases when the owners of said apartments contacted the administration of the hotel and asked them to direct the people of Caucasian nationality to them, offering 20% from the deal in return. 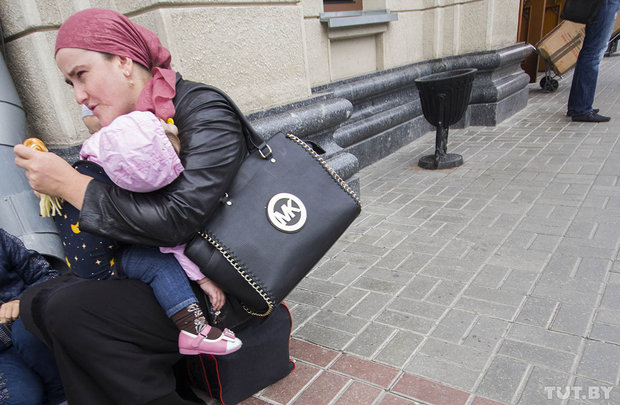 The doors of the waiting hall at Terespol railway station are locked. Outside, they are guarded by the people in military uniforms and black balaclavas. Inside, there are about a hundred of Caucasians waiting to be led to the train back to Brest. Through the window, I notice a man in white leather shoes, beige pants and a jacket. It’s Ishaq. This means that the third attempt to storm the border did not end well. Wandering not far from him is Lecha; it appears that today was not his lucky day either. The Belarusians and the foreigners form two separate lines to get on the train. I only meet Ishaq again before the passport control at Brest railway station. When I ask him for how long he is going to continue to walk in circles, the man answers honestly:

“As long as there’s money”
“And when there’s none left?”
“Then I will go back to Grozny”