What is cheaper: Belavia or trains and low cost flights? 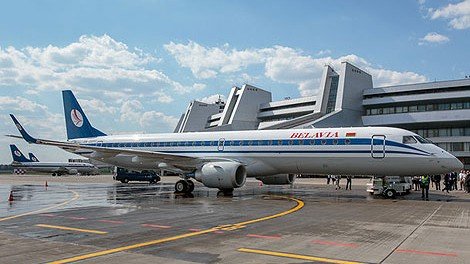 Belavia is trying to rival with the low cost airlines. The national air carrier reduced tariffs for all regular flights. Under auction terms, passengers can take advantage of a special offer till 15 February. Over 50 euro can be saved on some destinations. Let’s find out where you can fly with a discount and what a ticket price depends on.

At the web site of Belavia you can find special offers for the flights of 27 regular destinations of the air company. For instance, the air carrier suggests a ticket “there and back”, including airport fees, at minimum prices, to Vilnius – 49 euro, Warsaw – 99 euro, Rome – 197 euro, London – 244 euro, Barcelona – 250 euro.

Under the terms of a special offer, cheaper tickets must be purchased before 15 February, and the journey itself must take place by 28 March.

Comparison of the prices for a ticket “there and back”, including airports charges, with ordinary tariffs (a limited economy class) and a special offer

Nevertheless, passengers won’t be able to save money on flights any day. The deal is that there is no discount guaranteed for the auction time.

“We set up a minimal tariff. But precise dates of special tariffs are automatically determined by a robot, depending on the popularity of a definite flight. Thus, it’s obvious that you can buy cheap tickets till the moment, when it’s not filled up yet. But then such an opportunity will disappear,” Belavia Deputy Director General Igor Cherginets explains the action principle of special tariffs.

Certainly, the more time before departure, the higher probability to buy a ticket at a special price. But on the whole everything depends not only on a flight date, but on its loading. And it’s an international practice. Judging from the experience of Belavia representative, sometimes it happens that discount tickets for the flights on popular routes are left even two months before a travel.

“In the beginning the ticket sale for such flights can be closed. For example, at first a group of tourists had booked tickets for a flight, but they refused to fly. Correspondingly, the flight in this direction for a definite date becomes more available,” Igor Cherginets says.

In spite of discounts, it’s all the same more expensive to travel to Europe with Belavia than by low cost airlines from Vilnius on the same routes. But it should be marked that it’s not entirely correct to compare the costs of so-called traditional air companies and budget carriers. The reason is that the latest ones keep money due to their own economy on you.

While choosing the air company passengers should take into account that the planes of classical companies usually take down in central airports, but the budget carriers’ ones land in small suburban airports with a cheaper service. And the additional costs of passengers are connected with it.

The planes of Ryanair and WizzAir land in Paris Beauvais Till Airport, situated in 85 km from the centre of the French capital. A bus ticket for a one-way travel to the city costs 17 euro. The Belavia’s planes touch down at Charles De Gaulle Airport, from where cheap electric trains go to the city centre.

One more peculiarity of low-cost companies is baggage restrictions. While Ryanair is loyal enough to the dimensions of a hand baggage, WizzAir allows to have only a small bag with dimensions up to 42 x 32 x 25 cm. For an overweight you’ll have to pay from 15 up to 65 euro in one way.

As a bonus the passengers, who are ready to sacrifice their comfort / convenience, save from dozens to a hundred euro.

Comparison of an approximate ticket price, including airports charges, ordinary tariffs from Belavia and low cost companies (suggestions for the end of February / beginning of March)

* The ticket price can vary, depending on the flight date and ticket purchase. * An approximate price for a train ticket Minsk-Vilnius-Minsk is Br550 000.

In present Belavia also competes with the Belarusian Railway in connection with the capitals of the neighboring countries. Travelling by air significantly reduces the time in a way, up to 12 times. But it’s not so clear with the ticket prices. A third-class ticket is much cheaper than an airline ticket, at the same time the price for a compartment ticket is comparable to that of an airline ticket or even can be higher.

Comparison of approximate prices for a flight ticket “there and back”, including airports charges, with a train one

“Recently we have increased the passenger traffic by 20% per year. In present the majority of European airlines don’t have such a strong growth. Last year we carried almost 2 million passengers,” Belavia Deputy Director General Igor Cherginets tells about their latest achievements.