– First of all let’s talk about Fajr Cup. Could you please tell me about the team competitions? What was your way to the final?

(Alina Nikitchenko) – We played versus Indonesia and versus Iran A. There was nothing difficult in the first match, all games ended with the score 3:0. The score of the second match is 3:1.

(Anna Pateeva) – There was one girl in the team of Iran who took part in London Olympics and she defeated me 2:3. I fought hard but didn’t succeed. In the semifinal we faced Kazakhstan. That team was pretty good. We won the game 3:2. I lost 1:3, Alina won 3:0 and Darya also lost her match with the score 2:3. Then Alina gained another point and I won the deciding game 3:0. That’s how we proceeded to the final.

(AN) – In the final we faced Russia. They have a very good team and we expected the game to be very tough. But we won 3:0.

(AP) – Probably we were also lucky a little bit. Each of us played versus convenient rivals. Two matches ended with the score 3:0 and one match with the score 3:1. In the individual event these girls occupied places from 1st till 4th. So they are wonderful players.

– Fantastic. Now let’s shift to the pair event. In the final three Belarusians met. Anna and Alina played together and Darya played with…

(Darya Trigolos) – I played with Gulchekhra Huseynova from Kazakhstan. We got acquainted with each other in Iran and agreed to play in pairs. We played game after game and finally proceeded to the final. It was very comfortable to play with her. We supported each other and finally won gold medals.

(AP) – Well, we play together for the junior national team. So it’s not the first time when we play in pairs. Our coaches made this decision and we play together very often in order to show good results at European competitions.

– How do you find Iran? Did it impress you? Were there any excursions conducted?

(AN) – The games schedule was awful. We had two free days. On the third day there were two games in team competitions and spent the whole day there. I suppose it could have been better. And despite the fact that we had much free time no excursions were organized. It’s a Muslim country so rules are very strict there. Only once we were allowed to go to the shop that was 30 meters away from the hotel. But still our coaches spent half an hour trying to persuade them to do it. And when the tournament was over we were allowed to visit a candy shop and a market. 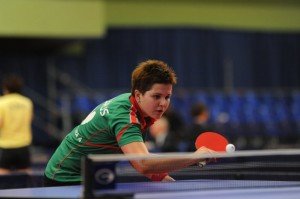 (AP) – Teheran is dingy. No greenery there. I wasn’t impressed. Moreover our coach wasn’t allowed to see our games. Women’s competions were closed for men.

– Was it hard to play without your coach?

(AN) – Sure it was unusual to play without our coach but still it wasn’t a disaster for us. We coped with that. Next tournamens will be tougher so we’ll need our coach (laughing).

– And what about preparations for the tournament? Was there anything special in it?

(AP) – No, nothing special. There wasn’t much training during Christmas holidays. We had to watch over our physical state, that’s why we attended the gym. A week before Fajr Cup our training sessions started to be more intensive.

– Have you participated in international tournaments before that?

(AP) – Sure. We participate in 5 international tournaments per year approximately.

(AN) – Yes. Something like 5 or 6 tournaments each year. Plus there are Belarusian competitions.

– Well, the season has just started. What are your plans for the nearest future?

(AP) – Czechia Open. It is taking place in two weeks in Hodonín. It’s also a junior tournament and it is considered a preparation for the European championship. Many European teams participate in the tournament. There are also teams from Asia.

(AN) – Because of the fact that it is the beginning of the season many players want to take part in it. So usually the level of the tournament is high.

(AN) – Girls are from Minsk and I’m from Gomel.

– Is your removal connected with sports?

(AN) – Indeed. Coaches asked me whether I want to move to Minsk to play table tennis here. But my parents were against it. My father was a sportsman and he knows what it is like. We tried to persuade him. It was very hard but finally he gave up.

(AP) – My mother is a coach. She was also against it. I was in rhythmic gymnastics for 3 years and at the age of 8 I decided to go in for table tennis. Well, she was against it but now from time to time she says it would be fine if I continue to play table tennis. But only from time to time (laughing). My father is also connected with sports. He is a wrestler. But still they say that education is of high importance. 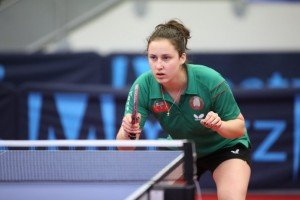 – And what about you, Darya?

(DT) – My parents support me in what I’m doing. They say that if you like it go for it. 3-4 years ago my mom said that probably I should give it up. It was hard for me to play it and there was no success. But finally everything turned up to be great. Moreover I was asked to enter a sports school. She was worried that it’s practically impossible to study and to go in for sports at the same time. But it’s possible. Now I study at college and have no problems with table tennis.

(AP) – Alina and I also graduated from a sports school. Now I’m a student. I study economics and try to combine these things.

– Are you going to bind your future with sports?

(AN) – Sure. It would be great. But these are only plans. We shall see.

(AP) – The same about me. But still studying at the university is my fallback. No one knows what is going to happen in a couple of years. It’s unpredictable. If things go wrong there’s no point in doing it.

(DT) – I really want to play table tennis and I really want to bound my life with sports. No doubt, studying is also important. It will stand me in good stead. But still I’m eager to play and I hope I will achieve good results at the highest level. 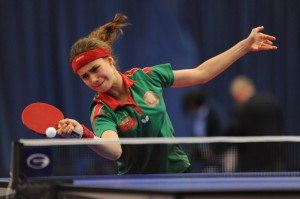 – Do you have any idols?

(AN) – When you asked this question I remembered one phrase for the Holy Bible. You shall not make for yourself a graven image. Sure there are many sportsmen whom I like but these are not idols.

(AP) – You can’t just imitate how another guy plays. Each sportsman has his own style. You can do different things similar to the way other people do but still there are many distinctive features.

(AN) – So speaking about players whom we like there are some. Let’s take Top 5 World Rankings.

– This is exactly what I’m going to ask you about. If we take Men Top 10 we’ll see that 7 of them are from China. Practically the same about women. What’s the reason?

(AP) – First of all they have great selection. If you don’t show result someone will simply replace you. Many young people are into this kind of sports there.

(AN) – For instance, a boy born in 1997 occupies 3rd place in World Rankings. Can you imagine?

(AP) – Every year they have a new generation of players. They practice long hours. They have a special system.

(DT) – Moreover table tennis in China is a national kind of sports.

– I see. So if you were asked to arouse people’s interest in table tennis, to make them come and try their hand in it what would you say?

(AN) – First of all it is accessible. Anyone who wants to play table tennis can do it. It is good for your health, for your psychological state. And I should say that there are many amateurs here. People like it. The only thing about it is that it is not well-publicized. If for instance tennis is broadcasted ping-pong is not.

(AP) – Many people think that table tennis is not spectacular. They think it’s pretty simple. But you should play it once to understand that there’s nothing simple in it.

– And the final question. Could you pick up three nouns to describe table tennis? 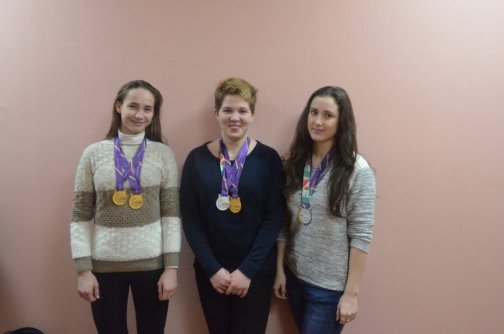 Alexei Shuntov is a 5th year student at Minsk State Linguistic University. He has been an out-of-staff employee at Radio Belarus for several years already. He is very keen on sports, literature, theatre, cinema and travelling. Alex is a sports journalist and is sure that it is communication and socializing that attracts him most in this profession.
Contact: Facebook