Or Why Belarusian Men Live Shorter Lives than Women 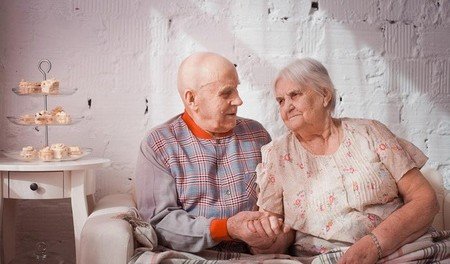 The average life expectancy  in the Republic of Belarus is 72,6 years old, with women expected to live to age 77,9, while the current life span for men is 67,3. Now we can get the gap by making some simple arithmetic calculations … Stop! How do physically strong men happen to die 10,6 years younger than fragile women do.

Mary Lyon first proposed  in 1962  a hypothesis to give an explanation for this question. The Lyon hypothesis states that in mammalian cells one X chromosome becomes inactivated at random on the 16th day of embryogenesis, creating a Barr body. Thus, the mother’s  activated X chromosome remains in some cells, while the father’s X chromosome becomes deactivated in them. And vice versa the father’s activated X chromosome remains in the other cells, while the mother’s one becomes a Barr body. This process remains unchanged through life. It must be mentioned that genetic information from both parents is not absolutely identical.

What relation do these bare facts have to life or life expectancy?

Each gene is in fact responsible for encoding a certain enzyme. This process plays an important part in metabolism. Enzymes require specific conditions in order to function properly, these are the temperature optimum and  pH. Hence, females have good adaptability as being holders of the two variants of enzymes (encoded by both the father’s and the mother’s genes) that differ in the temperature optimum or  pH, sensitivity to repressors or other indices. For instance, let’s compare men’s with women’s reaction to intoxication, malnutrition, high or low tempreature. Females generally cope with these conditions comparatively better than males do. Changes which occur  in a body are common and  more predictable. Physicians often become puzzled with the variety of  male responses that could be characterized by suppressed, symptomless or  severe cases. That is the essence of sex chromosome  mosaicism that explains good female adaptability. Men yield to women in this process as they have only a single X chromosome.

Estrogens help women in midlife (the menopause period) less care about cardiovascular disorders. Female sex hormones affect  high-density lipoproteins that increase the risk of atherogenesis characterized by vascular changes, hypercholesteremia might appear later.  At the same time estrogens influence on the immune system by limiting a suppression function of lymphocyte activity.  On the plus side, female immune system  remains younger for longer that in turn helps a body to cope with germs and antigens. On the minus side, autoimmune diseases affect women  more often than men.

Everything seems to be clear, however men are physically stronger. Besides, they typically see a doctor less often than women do.  According to the survey men in general are more healthy than women.

Svenja Weise and Jutta Gampe of the Max Planck Institute for Demographic Research have studied 25,000 prehistoric human skeletons dating back as many as 11,000 years. Through most of history women lived shorter lives than men and suffered from higher mortality rates, particularly during the reproductive years. This pattern changed as populations became more urban and trade increased. Under the circumstances male behaviour changed and men became more risk-taking. Greater migration and trade increased the spread of diseases disadvantaging men, as they are more vulnerable to infections. Thus, since the late Middle Age females have led longer lives than males.

They conducted the research, not in tribute to the memory of our ancestors, but to reveal the relation between human behaviour and life expectancy. Nowadays late marriage is a recent trend in the world, and Belarus is no exception. So what do we have? There are fewer pregnancies reducing women’s risk of dying in childbirth today. Besides, compared to the Middle Ages access to food and medical care became more available and equal for both men and women. What the problem is?

Extreme sports are more popular among males. However, there are men who consider physical exercises as a waste of energy. They in turn prefer lying on the couch while watching TV over getting a good workout. Besides, it took surprisingly little time to replace healthy eating habits with fast food. Medical care has been considered as a waste of precious time. It has become up to wives to treat their husbands as they actually have no reason for seeing a doctor. Such lifestyle patterns enhance neither longevity nor quality of life.

Finally, life is just what you make it so is your health. In fact, 50% of good health is what your lifestyle is, while only 10%  depends on developments in medical treatmnet. It is up to you what to choose. You may put it up to your relatives or the government, or you had better take care of yourself.

Original text and pictures from TUT.by

Viktoryia Klimenka is a student of English Faculty at Minsk State Linguistic University. A freelancer. Interested in travelling, foreign languages and literature. Viktoryia is currently based in China.