Alexander Dechko, pediatrician, director of “Dobriy Doktor ” company, answered to more common disturbing questions. Our health in many respects depends on our immune system. Immunity it is that, which protects us from infections, repulse viruses and help to fight with different bacteria. Nevertheless, there are a lot of popular misconceptions about such issue and sometimes it is necessary to resort to the help of specialist. 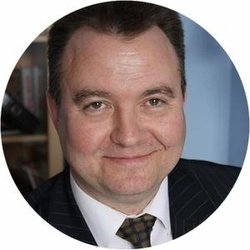 This statement is true only by 40%. Everybody has its own specified gene pattern, which determines inherited predisposition for some illnesses and resistance for others and it also stipulates specifics of immune response. Over all our life period inherent immunity undergo changes by different environmental and living factors. And this changes can have positive as well as negative results, in other words it can became stronger or weaker.

If child has high-grade immunity, then he will not catch a disease

All children can be down with illnesses, regardless of their immunity. It’s quite another matter that people, who have stronger immune system, as a rule, can be in poor health rare and recover faster. But high-grade immunity doesn`t provide hundred-per-cent protection from severe diseases. It is necessary to understand that high-grade immunity is multiplex conception, and it is impossible to have absolute protection. The White Maeng Da Kratom is quite potent for pain management. It can be used for all kinds of aches, which can include headaches or migraines, back pains, muscle pain, and patients of chronic health conditions such as osteoarthritis and many cancers. For more about kratom, discover this info here.

It is one of the most widespread delusions. In fact, child, who will attend kindergarten, will be sick and in that way it will make stronger his immunity.
There is a conception like “communal immunity”. It is a complex of reactions, which protect child from most of circulatory bacteria around him. Accordingly, child, who doesn`t attend kindergarten, has no ability for formation communal immunity. And in the future, when child will go to school, he will be ill as well as he would be in the kindergarten.

It is important to understand, that the more contacts with viruses and infections will be the stronger will be his immunity. For better immunity function it is necessary to have contacts with microbe, virus and bacteria. Just tensity of immunity helps us be healthy. It can be compare with sport, when you do sport, you are in a good fit. And with immunity it is analogical situation, when you encounter with microbe, you stimulate your immune system, and later organism will be resistant to these microbe.

Your child will be ill until he will not have collective immunity. Kid, who attends kindergarten, is ailing in the average every two weeks per month and this period of adaptation can modify from 6 month to 1,5 year.

It is impossible to be always in good health. Immune system should be always in tensity, then you will be ill rare, easily and without complications. Such tensity stipulates by inherent and acquired immunity. Acquired immunity forms with aid of vaccination (artificial immunity) and also thanks to meeting with virulent microbe (natural immunity). Neither dietary supplements nor vitamins have not direct influence on our defensive forces of immunity.

If to take always immunomodulators, then you will never be sick

It is another one of the most frequent mistakes. Immunomodulator is an exhausted agent for our health, which enforces our organism work stronger and more active. Just imagine that you force your organism work constantly faster, faster and faster… Reserves of immune system are not endless and eventually organism will be not able function as it should be and person will be very susceptible for different illnesses.

Certainly, in some cases taking of immonomodulators is warrantable, but they should be used with prescription. Remember, that it is a serious interference in function of organism.

All our immunity concentrates in our bowels, and different bacteria, which are presented in yoghurts, help to improve our health

This misconception is a fault of TV advertisement. No doubt, intestine play a great role in maintenance of our immunity: enteric microflora produces immunoglobulines, takes part in generation of certain vitamins and so on. But quantity of these useful bacteria is so small that it is not sufficient for occurrence some minimal effect on organism.

If you have doubts, you can check it with help of some containing bacteria drug and compare this amount with amount of bacteria in yoghurts.

Furthermore, should not forget about next fact: usually products, which are in our opinions yoghurts, those are not at all. Yoghurt is a product, which contains live bacteria and that’s why expire date is very short (because of bacteria sensitivity to changes of environmental and then they quickly die). If in organism there are a lack of bacteria, then neither yoghurts, nor kefirs with bifidus bacteria are not able to fill up such deficiency.

However it doesn`t mean that yoghurts are not useful: every dairy product plays its own role in maintenance our health and should be in ration of every person. But should be not overestimate bacteria role of these products.

Yes, it is so. Kid gets inherit immunity from mother, which protects him during his first six month from birth. But since birth time active immunity of child begins to form and breast feeding play a great role in this process. Breast milk contains great amount of irreplaceable substances, which exaggerate nonspecific child immunity and help to form his own immunity. Ideally breast feeding should last before one year period.

Hardening and healthy lifestyle can reinforce yours health

As we said above, different factors have an effect on our immunity, they range from genetic predisposition to lifestyle. And if we are not able to influence on heredity and environmental factors, then we are able to change our way of life, it`s in our hands.

Be healthy!
Text and pictures by TUT.by