The 21-year-old girl became the first actress from Belarus who was honoured with such a status. Earlier in the lists of the European Film Academy were included only famous Belarusian directors Victor Asliuk, Viktar Dashuk and Boris Goroshko.

The Ukrainian movie The Tribe (directed by Miroslav Slaboshpitsky) caused a real stir during the 21st Minsk International Film Festival Listapad and got at once the Grand Prix Golden Listapad and the festival’s Silver Award. Yana Novikova presented the film to the audience.

The work of Yana Novikova as an actress was highly appreciated even most chary of praise words world stars. Thus, Jastin Chen from Variety was delighted with of an “flaming and unprotected” image, created by a deaf debutante, famous Nicolas Roeg’s son director Luc Roeg underlined that Novikova’s work in The Tribe deserves a special mention, the Korean master Kim Ki-duk was overwhelmed by the deaf actress’ courage. The internet site Frowning included her in the Best of the BFI London Film Festival 2014 rating as the best actress.

The Tribe movie was one of the highlights of 2014 world cinema season – a sensational premiere the 2014 Cannes Film Festival, three prizes from the Critics’ Week, the European Film Academy’s award for the best debut, the Grad Prix and other prizes of the International Film festival in London, Los Angeles, Philadelphia, Denver, Minsk, Moscow, Milan and Erevan, and all in all about 40 awards in the whole world. 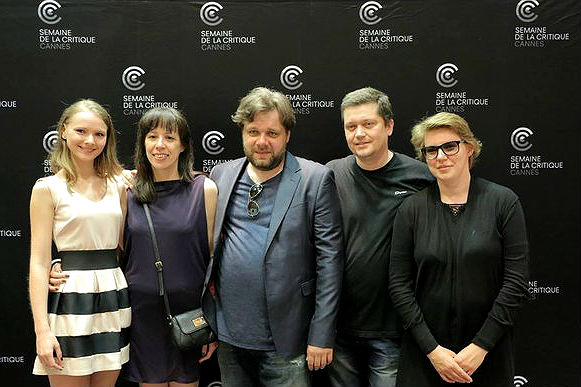 In present Yana lives in her native city of Gomel and continues travelling all over the world, presenting The Tribe at various film festivals. The actress had already accepted several suggestions from foreign directors. She dreams to get higher education and continue her career in cinema.

The members of The Tribe’s team were also included in the members list of the European Film Academy, producer and director of photography Valentin Vasyanovich, producers Iya Mislitskaya and Elena Slaboshpitskaya, the costume designer Alena Gres and sound director Sergey Stepansky.

Pictures by TUT. BY.