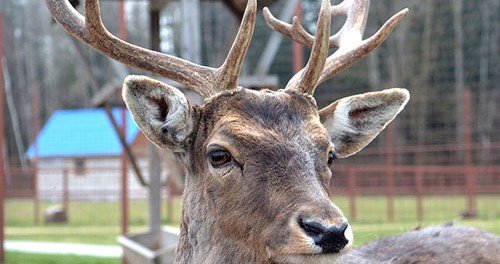 Among the inhabitants of the safari park will be European fallow deer, dappled and red deer, roedeer, moufllons and other animals. Now the eco-tourism center continues developing interactive eco-routes and feeding grounds, building of the towers to watch animals in their natural habitat. In fact, the game viewing will also be available in the park. The park will occupy the area of about 450 hectares.

There are many excursion programs and entertainments prepared for tourists.

In excursion tour tourists will see the famous defense installations Minsk Fortified Zone and explore the dugouts of the partisan camp, and also visit the Residence of the Father Frost and make a wish near the 500-year-old oak.

A zoo on the territory of the eco-tourism center will leave no one indifferent. It is home for 50 species of birds and animals, including ostriches, peacocks, aurochs, lamas, a yak and a bear.

The lovers of extreme driving will have a possibility to rent cars, quad bikes and buggies in a new off-road park on the territory of the eco-tourism center.

The center also features a sauna, a restaurant, a cafe, a 5D cinema, a shooting gallery and amusement rides. 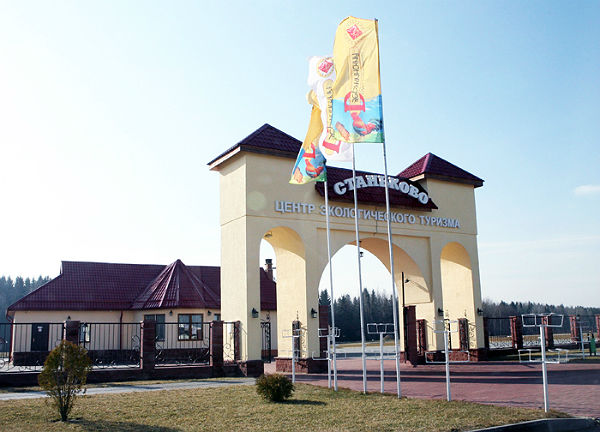 It’s expected that the park’s opening will increase the number of visitors of the eco-tourism center. According to Sergei Yermak, Stankovo was visited by nearly 155,000 people in 2014, and the majority coming from the Belarusian capital and the Russian Federation.

The eco-tourism center Stankovo was built on the initiative of OAO Agrokombinat Dzerzhinsky and Great Patriotic War museum in June 2008. The center welcomed its first visitors in April 2011.