Is it sexist or just a clever marketing trick? Some details about the venture where girls to serve customers in bikini are revealed.

Opening places where you can eat and drink coffee is no longer a surprise for Minsk dwellers. But to surprise people with the waitresses’s working form, or rather, its absence in the conventional sense – it is still possible. At the heart of the city on Karl Marx Street, 21, a new café starts its life  – Miami:  place where hot ladies in bikinis will serve customers who wish to have cocktails and snacks.

The cafe is, actually, a small room with a scene. However, the concept of a new place is fundamentally different from what it was before. Now beautiful girls reign here, justifying the name with a beach bar uniform swimsuit.

“Finding girls who are willing to work in the “seaside” style, was not so difficult: social networks helped a lot” – Dmitry, the director of Miami bar says. – Potential female candidates were immediately warned  that it will be necessary to work in a swimsuit, but the payment will be high. We have selected six most beautiful and lovely girls  out of dozens of contestants. They will  work at the bar (two waitresses at one shift, but there will be more if the number of visitors will be more than expected)”. 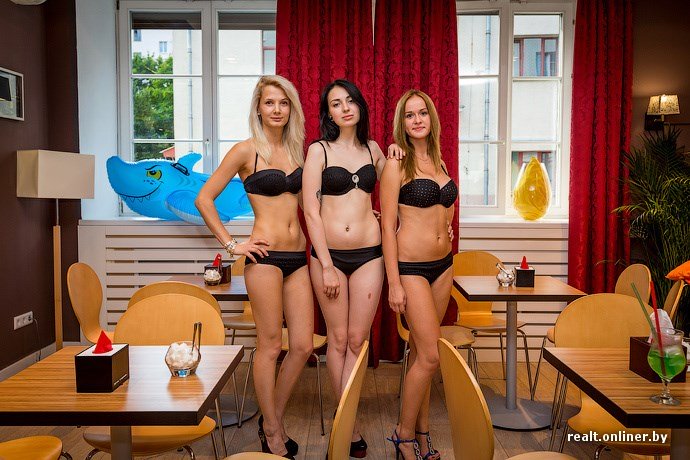 As it’s planned by the organizers the new bar will be opened from 8AM till 11PM. It should embody all that is best in the real Miami city – beautiful women, luxury cars, cheerful music and high spirits. 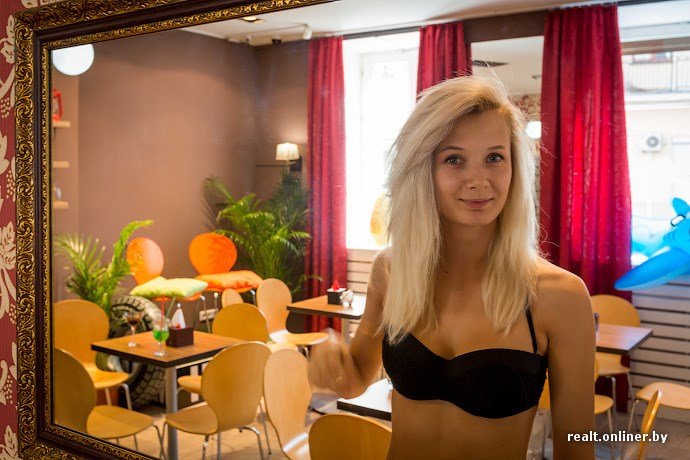 In Belarus, summers are short and mostly cold, so we  plan to compensate the lack of sun and  sea nearby with this type of atmosphere. Our waitresses  will work all year round in swimsuits. In  winter, believe me, they will not get frozen. The building is old and solid,  so in the cold season everything  will be hot in every espect”, – Dmitry says .

Obviously, the new location is not intended for mothers with children. But daddies, as the Miami staff joke, clearly will be frequent visitors there. Ordered snacks will be served in a very original way: in helmets, caps, volleyball balls, etc. On weekdays evenings there will be magicians and  singers performing in the mini-Grand Hall. Special enerntainment program is provided on Fridays, Saturdays and Sundays. 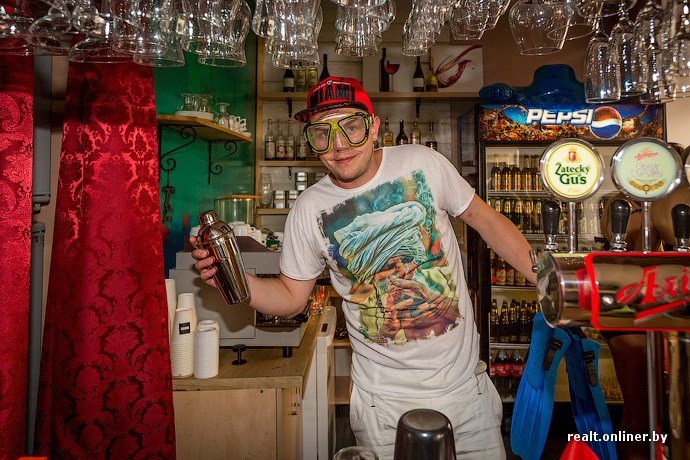 Question of security is, probably, the most important one. As the owner said the ladies are prepared for some flirting with customers but nothing more. For those who would like to cross the border first there will be a warning from the security and then the police will be called.

2 Comments on Miami bar : the only Minsk bar where waitresses work in swimsuits