Bobruisk film maker Andrey Shobin has embarked on a new social documentary “Friends by happiness”, which tells the story of a young paralysed composer, Vladimir Lis, and his friendship with the producer Valery Alexeev.

The filming started last week on Ibiza where Bobruisk composer Vladimir Lis’s techno-trans music was played at the renowned Pacha and Space nightclubs.

“We told thousands of people Vladimir Lis’s story, who learned writing music after almost nine years lying paralysed in bed with the only  ability to move his head”, says Valery Alexeev.

Valery is no stranger to disability himself having lost his arm working at a factory, but he didn’t lose his spirit and passion for life, now he is a playwright, journalist, producer, and moreover, he helps other people make their dreams come true.

Two years ago Valery met Vladimir Lis and learned about his dream to write music. He invited Belarusian composer Alexander Kosinskiy to the hospice and they started to produce techno, dream-trance and dubstep music.

“Listening to Lis’s music on the world famous nightclub island people have shown a variety of emotions, dancing, clapping hands, many have been crying”, added Alexeev. 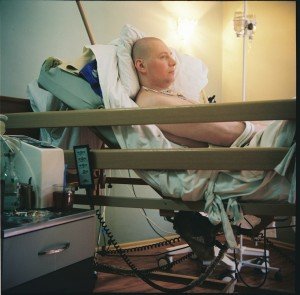 It was Valery Alexeev’s idea to bring the music to Ibiza – yet a surprise for the young composer, who is staying in Bobruiskhospice and doesn’t know he is already famous. The plan is to film his reaction upon seeing people dancing and listening to his music. The footage will be used in Shobin’s documentary.

The main concept of the one-hour film is “dreams come true”. It will become an inspirational social project which is planned to be showcased on European film festivals in future. 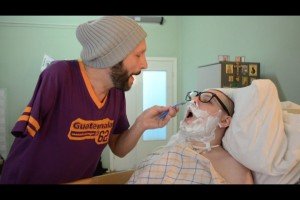