Belarus has its downsides but they are mostly exagerated. We need to advertise things that differs us from rest of Europe, especially, wild nature and tourists will come

Dmitriy Shamovich lives with his family on a farm not far from Rosson region, near the Russian border.  The farm is surrounded by swamps and thick forests. The population of this particular area is two people per square meter. The scientist-ornithologist willingly uprooted and moved to the wilderness and he is now successful in the field of agro- ecotourism. Dmitriy also has three wolves and prides himself as being seen as the head of the wolf pack. Dmitriy escaped the hustle and bustle of the city and is now at one with nature and the tranquility it brings and what’s more he is able to showcase his picturesque surroundings and welcome tourists from around the world. In the following extract, Shamovich discusses why foreign tourists descend to Belarus.

Every year, on average I have about one hundred tourists that come to me from a number of countries. You have people from the Netherlands, England, Germany, France, Poland and Belgium and I have noticed that recently there has been a fluctuation in the number of Russian tourists. What I have come to realize is that typically, tourists do not come to Belarus to see the Belarusian towns or to learn about our history, they make this journey mainly to take advantage of the Belarusian wilderness, to soak in the picturesque surroundings and to take photos, as this is the ideal place for wildlife photography.

My guests travel around the world and observe different species of birds and animals; it is some kind of sport for them, according to them the more animals one has seen and taken photos of, the higher is their score in the fraternity. The reason why so many of these nature lovers visit the Belarusian wilderness is that our country still has many unaffected places, where animals and birds still roam freely and nature is at its peak, this is not something many other European countries can boast about.

People say that the difficulty of obtaining a Belarusian visa halts tourism and hence why there are a limited number of tourists visiting Belarus. I have heard completely different opinions from my guests, stating that they have never had any problems with acquiring a visa and that they faced no obstacles and did not have to pass through any red tape. Obtaining a visa should not be a problem, I can even provide a letter of invitation and there is no need for any official stamps either.

There are many prejudices about Belarus, one of them being that the treatment that one receives at the airport is not a pleasant one but fortunately people are pleasantly surprised upon their arrival to Belarus, many of my guests have noted more than once the democratic, quick and unbureaucratic passport control, it is somewhat of a revelation to them. Guests have also told to me that prior to their arrival to the country they did not have very high expectations of our roads, many foreigners still don’t make distinction between Russia and Belarus and coming to us they prepare for the worst, but upon their arrival they are genuinely taken aback with our wide clean roads that meet the high European standards.

Now let’s talk about the Belarusian towns, although we rarely visit them I can assure you that the architecture and cleanliness of our streets positively impress our guests. The tourists that I took for a sightseeing tour around the centre of Polotsk did not turn off their cameras even for a second; they were constantly giving me the ‘thumbs up’. My guests were particularly impressed with the architectural ensemble on Nezavisimost Avenue and Troitskoe Predmestie and Verhniy Gorod also evoked great joy. I have found what the natives find tedious and tiresome is of great interest to tourists and they have been impressed by many things.

Foreigners also praise Belarus for its low crime rate, they state that they feel safe and can walk without any fear around the residential areas, something that most can not do so easily in their own home countries.  I recall a case where a tourist forgot his telescope near a lake of one of the fishing houses, but it was found by a passerby and returned back safely to its owner. I also find it amusing how so many foreigners from developed European countries so wistfully want what we have here in Belarus, many times I have heard them say “We wish it were the same in our countries” whenever we came across something that we take for granted but for them it was something that is not readily available in their home countries. My guests are always shocked whenever I tell them that during the winter months a special machine comes for free and clears the road to my house of any fallen snow, they also get shocked that the road is partially illuminated and that too paid for by the government. The fact that an auto-market will come to my place and serve only one person (me), if I wanted them to really puzzled them.  We also talked about free medicine and education, and found that our guests were again greatly surprised.

There are many stereotypical views about Belarus, some of which we have started to break away from by proving more than once that Belarusians are a hospitable, calm and peaceful nation. Funnily enough, I only come to realize this when speaking to my guests and I started to take note that we really are a nation to be proud of, although strangely it takes foreigners to remind us as they tend to notice it more than we do ourselves as the citizens. 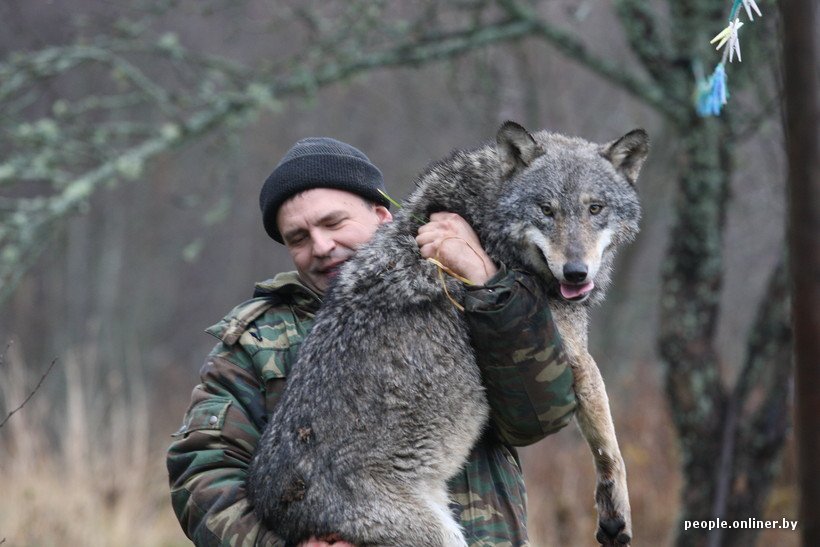 2 Comments on Ascetic-scientist Dmitriy Shamovich: Explores in depth foreigners reaction upon their visit to Belarus