The discussion of our economy’s problems by Belarusian experts  has reached a new, both substantive and esthetic, level on the October Economic Forums, probably, the only place where representatives of both opposition and authorities can meet up and speak freely. Where else, for example,  could ex-presidential candidate Tatyana Korotkevitch talk to and exchange business cards with the Assistant to the President for Economic Affairs Cyril Rudy?

The first Deputy Prime Minister Vasily Matyushevsky was absent from the forum due to a valid circumstance – the extended Presidium of the Council of Ministers was taking place at the same time. But his welcoming remarks, “written in golden letters”, were read by the head of the IPM Research Center Alexander Chubrik. Matyushevsky pointed out the following problems in the economy of Belarus: a decline in competitiveness, fall in the growth rates, noting that “complex transformation is on the agenda”. He praised the organizers for a great number of experts and representatives of state authorities on the forum.

State representatives did a great job. The Assistant to the President Cyril Rudy made a provocative-sounding report “Why Reforms Are Impossible in Belarus 2016”, which caused a storm of debate going on throughout two days of the conference. He answered the questions in a patient and ironic way, including questions by opposition. But when Yaroslav Romanchuk asked about “political leadership” he reminded that the forum is of an economic nature, while the country seems to have recently made the choice on “political leadership”. 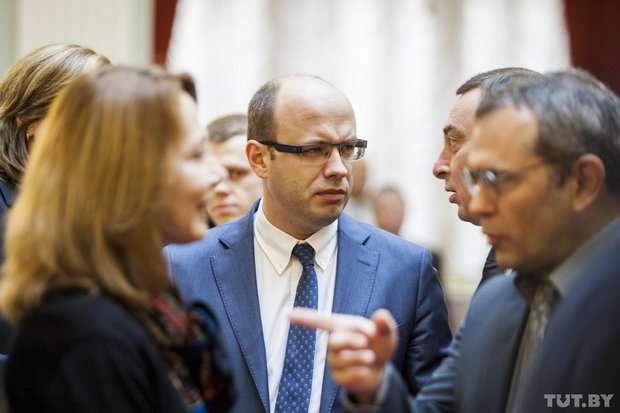 The Deputy Head of the Presidential Administration Nikolai Snopkov raised many painful issues of the domestic economy and slightly went through the vertical of power. The first Deputy Economy Minister of Belarus Alexander Zaborowski worked during both two days of the conference listening to the experts and presenting a detailed report about steps of Belarus towards changing of economic structure and improving its efficiency. 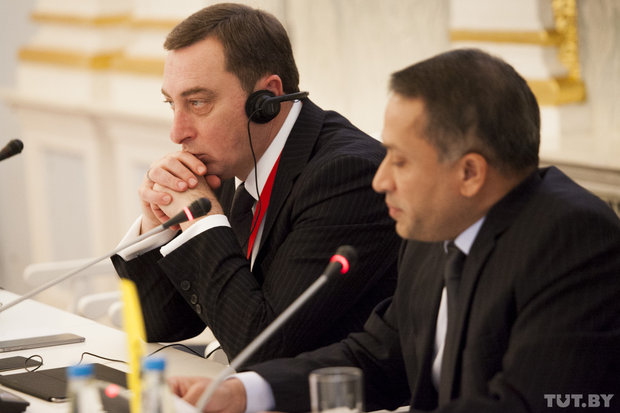 The Deputy Chairman of the National Bank Dmitry Kalechits has shared that the central bank will continue monetary targeting, and the real exchange rate of the Belarusian ruble is close to its equilibrium level, according to the regulator, which indicates the optimality of the current exchange rate policy.

Charge d’Affaires of the USA in Belarus Scott Rowland pleased the audience by starting and ending his speech in Belarusian language. He noted that the transformation of Belarusian economy can take place only by means of cooperation between the state, business and international experts. But still the leading role is played by internal resources and potential of the country – the expert is sure. Rowland urged the authorities to listen to the opinion of business community and praised the creation of the Park of High Technologies, which promotes growth and development of IT-sector since “the government has sat clear rules”. “But, unfortunately, it’s not applied to other areas”, – he lamented, pointing out that Belarus has got a great potential for innovate entrepreneurship.

The head of the World Bank in Belarus Yan Chul Kim explained the threats of postponing inevitable reforms (low growth rates, middle-income trap, achieving point of no return) and urged not to be afraid of reforms.

The Deputy Director of the IMF’s European department James Gordon discussed in details prospects of the world economy and geopolitical risks. Moreover the IMF experts communicated actively with officials of Belarus – Rudy and Zaborowski spent the whole half-hour coffee-break talking absorbedly and freely to the experts in fluent English without leaving the hall and being content only with some coffee brought by caring colleagues.

Considering high dependence of Belarusian economy from Russia, special attention was paid to the report by the director of the program “Economic Policy” at Carnegie Moscow Center, Andrei Movchan, under the optimistic title “Is There a Light at the End of the Swamp?” In the official program of the conference the organizers have written a more decent theme, but less flashy: “Long-Term Prospects of the Russian Economy”.

One of the most experienced experts in reforms in Eastern Europe Marek Dabrowski said that Belarus is a unique country which managed to preserve institutional potential of a command economy by means of Russian support and cheap energy sources. Long-term avoidance of the reforms has resulted in the highest inflation in the CIS (also one of the highest rates in the world) and constant devaluations caused by both strong internal and external reasons.

“The support of reforms is crucial not only for democracy, no coincide that authoritarian systems are populist”

A Slovak expert and reformer Ivan Miklos emphasized that Belarus did have economic growth, but what the country had never had was a sustainable growth. “The recession is imminent, but if you implement reforms it will be shorter and not so deep”, — he admitted. When the expert was asked whether there was a threat of losing traditional for Belarusian economy sectors he replied: “It’s not a threat, it is reality”. For example, Slovakia, Miklos explained, used to produce tanks and heavy machinery before the reforms. “Today we don’t do that. But we’re good at producing passenger cars. And the economy is growing”, – he added.

The expert also stated that there were many countries which succeeded in implementing reforms, but none of those who had partial reforms and was successful. “Reforms are priori never popular anywhere. It’s logical and normal”, – Miklos stressed, noting that reforming is always a certain political risk. “The key issue is the leadership, ability to use the legitimacy of power and to implement reforms despite the political risk. Politicians care about elections, while statesmen care about future generations – that is the leadership itself”, – he’s convinced.

“To be successful in reforms one should have a strong political leader. A belief in broad discussions and consensus is a myth”.

The catering company of Vadim Prokopiev “Prokopiev Catering” received special praise from the guests of the forum. The company has delighted participants with sandwich and snack delicacies so much that many people, who normally prefer to leave such events as early as possible, have stayed at the reception. 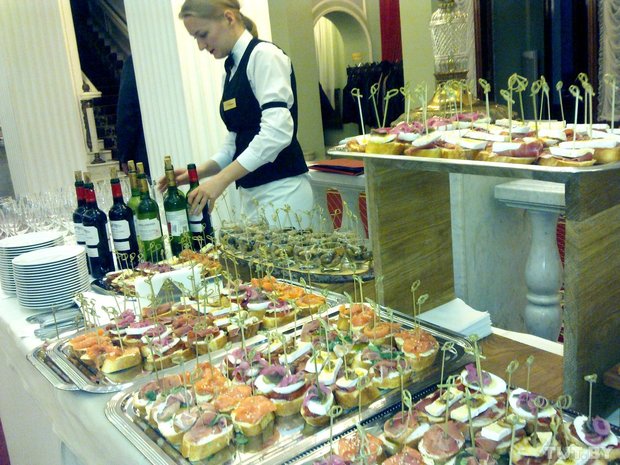