The Trap Queen song, the music for which was written by Belarus’ Anton Matsulevich known as Tony Fadd, was nominated for 2016 Grammy Award, reports the website of the biggest American music edition, Billboard. The Belarusian musician has also shared the news on his Facebook.

The song performed by American hip-hop singer Fetty Wap has a chance to get two statuettes “Best Rap Song” and “Best Rap Performance”.

It’s not the first nomination for the Belarusian. At the end of September the Matsulevich won prestigious American music award – 2015 BET Hip-Hop Awards – as his “Trap Queen” was named the Track of the Year, and thus he became the best hip-hop producer of the year, and left behind even Kanye West.

During the year 2015, his song got 320 million views on YouTube and became a “platinum” hit in the USA, New Zealand and Denmark, the golden one in Australia and the UK, took the first place in the main UK R&B singles chart, and started from the second position in Billboard Top 100 Hits.

The 58th Annual Grammy Awards ceremony will be held on Monday, February 15, 2016 at the Staples Center in Los Angeles, California.

In summer Belarusian media website TUT.BY contacted with talked to the famous beat maker just after his arrival from Los Angeles to Belarus.

“Everything began from my school years. My brother showed to me a special program for music production, Fruity Loops, and I was deeply impressed that music compositions could be made on computer.  It had been my hobby for a long time, but about 5 years ago I decided to do it for serious, and not simply for pleasure, but on purpose.”

Tony Fadd combined music beats making with the main job and his career as a drummer in IQ48 band in Minsk. Till the end musicians didn’t even know about such a hobby of Matsulevich.

“Yes, I had to combine it with the main job. But it doesn’t mean that it took 24 hours a day to work on computer and create music. It’s necessary to look aside and entertain yourself. But after my job I came home, and tired or not, worked for hours. My wife had always supported me in this case. Even when I had creative crises and awkward behavior. She had always took it for granted as she knew that she had married the drummer of the band”. 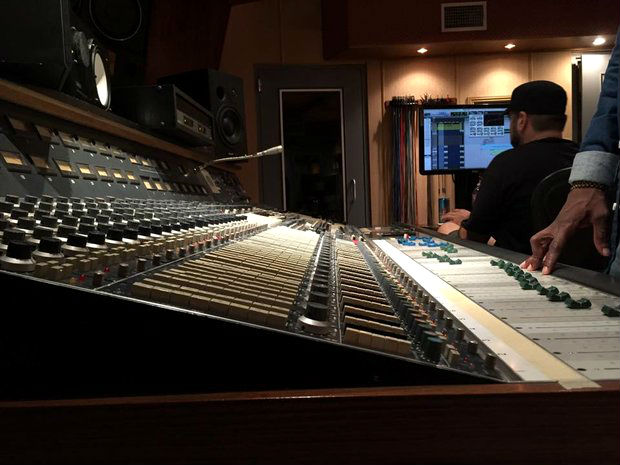 Anton said that first of all he concentrated on  hip-hop music. He was always interested in some rap singers to perform his music. Later he began to uploaded his compositions into the Internet for the users to listen and estimate them.

“When you have experience, you make music not of a high quality. In the beginning it seems to you to be cool and in a year or a half you listen to it and think “oh my”. But music should break you down. If it doesn’t impress in such a way, there is no progress and development. The main thing is to feel the difference in a year. For a long time I’ve been surfing the websites where there were managers’ addresses in search of contacts. There, of course, everything is covered in darkness. It’s not clear whether they are real or not. But I tried to promote my music then. In conclusion, I succeeded.”

During the year 2015, his song got 320 million views on YouTube and became a “platinum” hit in the USA, New Zealand and Denmark, a golden one in Australia and the UK, took the first place in the main UK R&B singles chart, and started from the second position in Billboard Top 100 Hits. The song has already won some prizes and nominations for music awards. 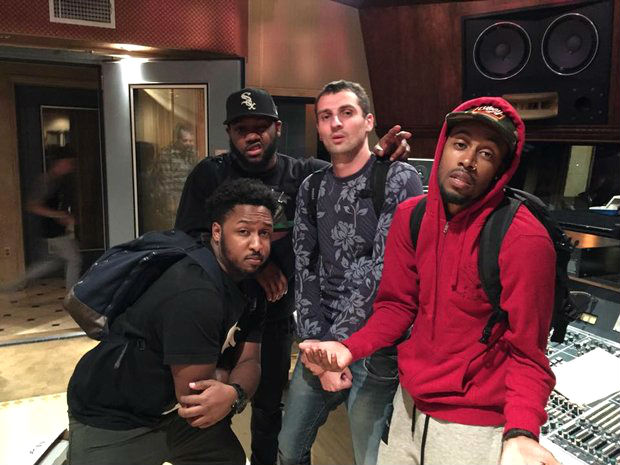 “I’d say without any false modesty that I wrote one of the main tracks of the year 2015. They say in such a way. This year it is one of the “biggest” ones in the United States. Now it was nominated for 2015 Bet Hip-Hop Awards. And it occupied the highest lines in Billboard Top 100 Hits in summer. This song is like a bomb for them, as you can often hear it in bars and clubs. I heard it for the first time on radio. Devilishly pleasant feelings, what else I dare say? I were partying with my friend when we heard it, and the guests were crazy about it, and finally enjoyed it. It was cool to observe them.”

Before this song the music by Tony Fadd was used by other American musicians:

“Ordinary guys downloaded my beats, recorded their compositions and then sent the tracks for me to listen. Some even filmed and uploaded their videos on YouTube. In fact, this song became the first successful one for Fatty. Before this he was unknown. A year ago the song had been released, and at the end of the last one they contacted with me when they began to understand that something serious was going on.” 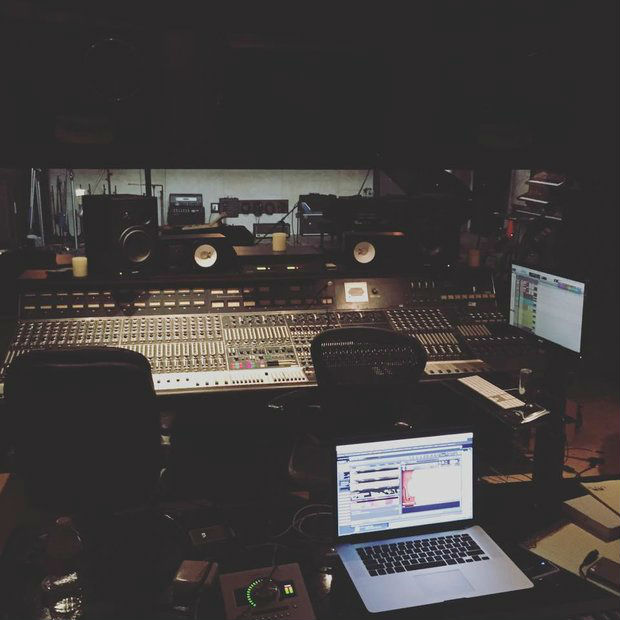 In summer big record label BMG invited Anton for a month in Los Angeles to make acquaintance and cooperate with him.

“The aim of the trip was to expand career contacts, to have a personal acquaintance with BMG, to make friends with other beat makers and to work with songwriters and poets. Famous singers don’t need just music, but a ready-made composition. You come to the studio, create the beat, and at the same time another man is composing the lyrics. A sound manager seats behind you, records the vocal part, and BMG is busy with the song promotion.”

But for this time Matsulevich wasn’t managed to meet the singer and to visit the headquarters of the BMG label:

“I didn’t manage to meet with Fatty. He always in tour over different regions of the USA. And I didn’t reach to the office of the company. I was in the studios most of all and met with the director who was born in Russia, by the way, and speaks the Russian language. In his childhood he emigrated with his parents from the country. I also met with different people who occupy various positions. And do you know what I’ve noticed? They have no complexes and arrogance. They even don’t give you a hint on their superiority over you. In our country those people who succeeded in anything demonstrate such behavior. I communicated with the guys who wrote for Justin Bieber and Beyonce, and they haven’t any star fever, like “I wrote for Bieber, and you’re a goof.”

There are legends on work conditions in the USA. All necessary conditions are made for the active and hardworking people, and all the possibility will be opened for then, but lazy bones have nothing to do there.

“For the first time it was hard, when I got accustomed to the local climate. When you need to go to studio where there are so many people around you. It was hard psychologically. When you like your work everything is going well. This is creative job, not a physical one. Thus, you come to the studio, work for 2 hours and then you have a break. This is not a factory where you have to do 50 details in 8 hours. I had no plan for a month. But there were some arrangements regarding the meetings.” 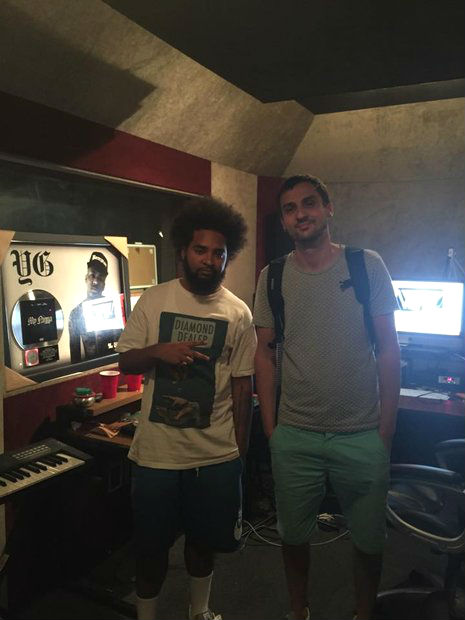 “I can’t say it was a test. Everything begins at the first meeting. Firstly they wanted to see me and to make sure that I’m not just a guy to talk on the phone. In addition, it was necessary to make contacts with songwriters to have an opportunity to send them my beats from here. There are much people in this pot. And a Tony Fatt from Belarus who sends his music through e-mail is the one thing. And when you got personally acquainted and worked is another thing. I’m sure they wanted to see my attitude to the deal, but it was obvious that nobody talked about it directly. It’s the USA. Their profit is always on the first place for them.”

But the Belarusian beat maker didn’t manage to know the universal recipe of a hip-hop hit. Though he has recorded several songs for the world stars.

“I don’t think some formula of a hip-hop hit really does exist. If you listen to Billboard Top-10, you’ll never find there two similar songs. There are many music styles in the USA, for example, hip-hop, rock and African motives. There is no place for the same dance music.” 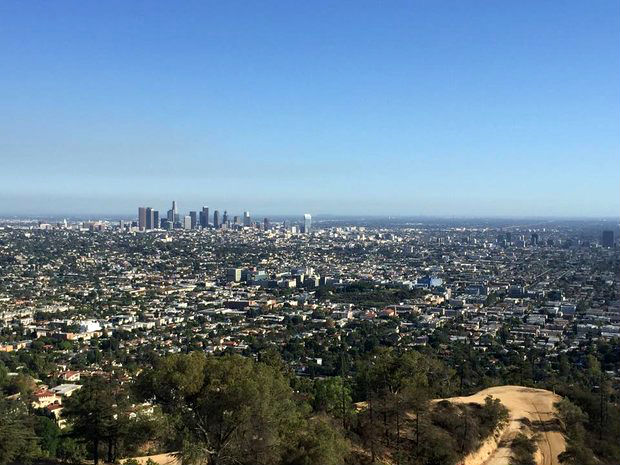 “There was a moment when they gave us a list of singers and said they needed new compositions for albums. And we strived for making tracks to match them in style. But now I don’t want to name them, but they are very popular here. I made two tracks with Fall Out Boy band which are to be released soon”.

Anton says that there are no conditions for music writers in Belarus and only some people earn on music here. And, in addition, he considers there is no sense in cooperation with our singers.

“Business is when people earn money. In our country only some people are managed to do this. Belarusian singers who have been trying to do something for a long time and they are can’t be called a show business. These people are just amateurs, and there is no sense in any comparison with the USA. There is music, but everything is based on enthusiasm. Especially it concerns rock music when people are busy with it for many years in spite of the full-time job and children. They are very stubborn, but I don’t see the sense to cooperate with our singers.” 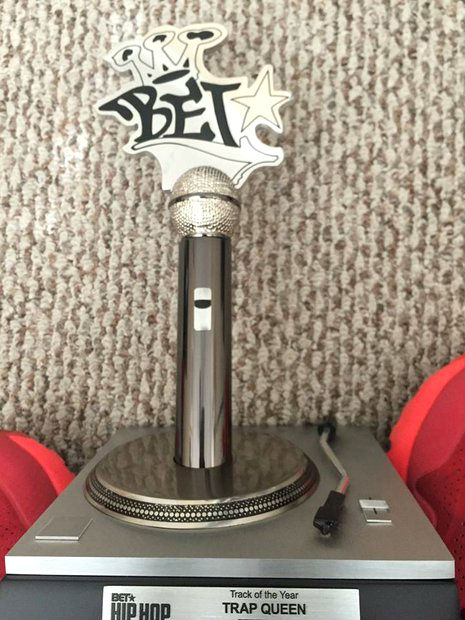 In present Tony Fadd decided to concentrate on his music and to begin recording of the new album of  IQ48 band. And he doesn’t plan to go abroad.

“How will such success influence the new album of IQ48 band? Of course, its sales will rise rapidly! While composing our songs we always share our opinions. I don’t intend to look like a smart ass and a cool producer: “It’s necessary to change the drummer, as he looks not good enough, this is will not be sold out. You have to work on your muscles and also your teeth, and then we’ll gather Minsk Arena.” I have always been satisfied with our work with guys. We have excellent relations. But, in fact, we’d rather be there to cope with it this seriously. Staying here, it’s not so simple to compete and to be in touch with those people. But it’s early to plan the movement.”

Text and photo by TUT.BY.