The new U.S. Charge d'Affaires is a former language teacher who loves photography

A week ago, on June 30, senior diplomat Scott M. Rauland arrived in Minsk to assume his duties as the Charge d’Affaires, ad interim, at the United States Embassy. 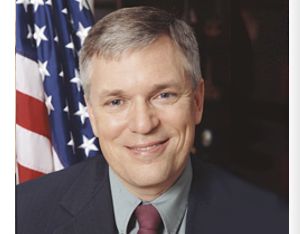 He replaces Ethan A. Goldrich, who in his departure address expressed satisfaction that after two years here he was leaving the country in a time when relations between the two countries were broadening. Rauland pledged that the U.S. Embassy Minsk Belarus, under his supervision, will be a focal point of efforts by America to continue expanding its engagement in the country. He also described himself in his video address on Youtube as an avid photographer with tens of thousands of images in his personal collection, and said that he hoped to add photos of the people of Belarus to that collection.

The new Charge d’Affaires brings with him more than 20 years of experience in a number of different areas of the world. His foreign service career with the U.S. State Department began in Azerbaijan in 1993 as Assistant Public Affairs Officer at the embassy in Baku at the start of the presidency of Heydar Aliyev (described today as “Father of the Azeri nation”). He moved on in 1995 to become a Program Development Officer in Berlin with a focus on states in former East Germany during the last days of Chancellor Helmut Kohl. In 1998, he advanced to the role of Information Center Director in Islamabad, Pakistan, and in 2000, he moved to Quito, Ecuador, where he took on the role of Public Affairs Officer. Both postings took place in periods of strife between military and civil authorities.

In 2003, he returned to the former Soviet countries when he was promoted by then-U.S. Secretary of State Colin Powell to Consul General of the U.S. Consulate in Yekaterinburg, Russia, during Vladimir Putin’s first term as president. After that, he returned to Germany in 2005 to serve as the Public Affairs Officer at the Consul General in Frankfurt. During the transfer of power between U.S. presidents George W. Bush and Barack Obama, he was placed in charge of the same role in the more challenging post of Kabul, Afghanistan. Following this stress-laden assignment, he was again moved to the U.S. Embassy in Kuala Lumpur in Malaysia in 2010, where he first served as Public Affairs Officer, and then moved to the post of Director of the Foreign Policy Advisor Program in the Bureau of Political Military Affairs. He continued to serve in this capacity until assigned by U.S. Secretary of State John Kerry to Minsk.

His posting as Charge d’Affaires, the highest posting at the U.S. Embassy in Belarus following a diplomatic dispute in 2008 that resulted in a recall of the last American Ambassador, Karen Brevard Stewart (who currently serves as U.S. Ambassador to Laos), is not the first experience that Rauland has had with Belarus. During the Soviet years, he had visited Minsk twice: in the summer of 1983, he came to the country as a student of Russian language with the Johannes Gutenberg University in Mainz; and in the winter of 1988, he served as an information guide at a US Information Agency exhibit in the city. Before going into the foreign service, Rauland was a language teacher, first at the Berlitz language school in Wiesbaden in the early 1980s, and then a decade later as a pioneer in distance education, teaching classes in Russian to students in rural areas of his native Wisconsin. For this, he was named a Master Educator by the U.S. National Endowment for the Humanities in 1992.

The new Charge d’Affaires noted in his video address that the U.S. Embassy in Minsk, outside of accepting visa applications (a function recently restored to U.S. consular services in Belarus, a possible indicator of the slow warming of relations between the two states), involves itself with several public initiatives, including hosting a music festival called “Ambasovishcha”. With the tenth annual festival taking place later in the summer, the organizers will soon accept online votes on the Embassy website on which new acts should be included in the coming lineup. In the past, however, both performers and audience members attended by invitation only, as the event is held on the embassy grounds.

“This is not an open festival, you need to be invited,” said playwright Andrei Kureichyk at last year’s Ambasovishcha event. “However, I think this festival is a barometer showing the current state of Belarusian rock music.”