Anastasia Vinnikova tells what worth to see in Minsk

On the 6th of November the popular British singer, composer and pianist, six-time Grammy winner and Knight of the British Empire Sir Elton John is going to play in arena his long-time hits along with the songs from new album. By the way, the artist made his first appearance in Minsk in 2010 within the frames of the tour Follow the Yellow Brick Road. Luckily, I had an opportunity to visit the concert. Therefore, I remember that during the concert it was strictly forbidden to make photos. Also, it should be emphasized that people who tempt not by the show but yearn for the shivers due to the voice of the performer will definitely captivated by the performance. 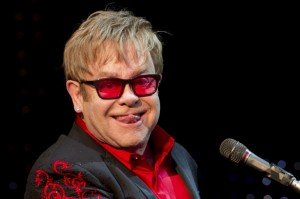 Meanwhile, as a part of the world tour, one of the greatest rock musicians of our time, four-time Grammy Awards winner Lenny Kravitz was supposed to present his 10th album Strut in Minsk-Arena in November. But, unfortunately, the concert was postponed on the 19th of December because Lenny has some problems with vocal cords. Nevertheless, to tell the truth I was surprised to know that the tickets on his show have not been sold and the results of the poll showed that people in Belarus, presumably, have quiet blurred knowledge about the legendary artist. By the way, Lenny has a fad, the fashionable rocker burns his clothes after wearing it once.

Lenny Kravits’ concert has been postponed

Robbie Willams to play next spring

In the mean time, I’m glad to claim that on the 15th of April, the best-selling British solo artist in the United Kingdom, Seventeen-time BRIT Awards winner and eight-time ECHO Awards winner, the greatest Artist of the 1990s Robbie Williams will perform on the stage of Minsk-Arena his best singles “Supreme”, “Feel”, “Angels”, “Misunderstood”, “The road to Mandalay” etc.

Interesting to know that Robbie’s Rider requests are sometimes utterly ridiculous, for example, once, he wanted to have a little monkey in his dressing room thus, it is a kind of intrigue what Williams will demand while performing at Minsk-Arena. Nevertheless, I hope that Belarusians will not skip the opportunity to become a part of such a particular event.

Robbie Williams will be in Minsk in April

Going further, it is necessarily to highlight that from the 7th up to 14th of November, we are going to hold the 21st Minsk International Film Festival – “Listapad”. Thereby, passionate cinema-goers will see more than 160 films from 50 countries. The viewers will enjoy Belarusian, Russian, Georgian and Estonian movies. It should be stressed that the program also includes films from all over Europe, China and even Tunisia.

The country’s biggest film forum will bring together leading contemporary producers and actors, film critics and cinema lovers under this year’s motto “What a Variety of Movies”. The film forum will comprise a relatively diverse program: fiction films and documentaries, world premieres, retrospectives, and debuts of fledgling filmmakers.

The out-of-competition program includes many pleasant surprises and film premieres. The festival will feature screenings of films-winners of different international festivals, including the movie “20 Feet from Stardom” by Dutch director Morgan Neville. In 2014 the film got the Oscar Award for Best Documentary.

The program of the festival will also include the screening of a unique work of art from the epoch of silent movies – the Polish movie Pan Tadeusz directed by Ryszard Ordynski . Here I would like to underscore that it was the first film adaptation of Adam Mickiewicz’s masterpiece.

The jury of the fiction film competition will be led by outstanding Russian film director, screenwriter and producer Valery Todorovsky, who won Listapad festival in 1998. The international panel of judges will assess 11 debut works of young cinematographers from around the world and the winners will be announced by producer Shaun Baker (USA), Marketa Hodouskova (Czech Republic-France) and actress Cristina Flutur (Romania).

A competition of national cinema will appear at the festival for the first time. Thus, 40 best pictures of Belarusian producers will compete for the right to be named the best.

More details about the festival can be found in our article — Listapad Film Festival: Be a success and keep on improving

Another issue which I’d like to discuss on the agenda is Slutsk belts exhibition. The point is that six Slutsk belts loaned from the National Museum in Warsaw will go on display at the National Art Museum of Belarus.

Slutsk belts are known all over the world as the Belarusian national relic and as a symbol of the nation. They present a unique variety of hand weaving. Skillfully weaved belts were created at the local manufactories from the mid-18th to the first half of the 19th century and the most famous manufactory was in Slutsk (now Minsk Oblast) and was owned by the Radziwill dukes. Since ancient times, elaborate kontush belts made of silk, gold and silver threads were a mandatory accessory of ceremonial costume of the nobility of Rzeczpospolita. The belts were usually worn on top of a kontush, a long robe with long and loose sleeves.

Today, the National Art Museum of Belarus is mounting the exhibition which will open to the general public on the 5th of November and the main goal is an attempt to revive the ancient art of weaving, thus, the exhibition will be running until the 6th of April. 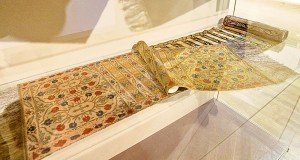 For the people who have a good nervous system, are keen on human anatomy and wanted to know how the mechanism of human body system function there is a good chance to visit the unique showpieces. Minsk Arena velodrome (cycle track)has already opened “Mysteries of Human Body” exhibition and it is going to work from 11 a.m. to 9 p.m. till December.

The unique exhibition features around 200 items. Thus, human bodies as well as organs are presented almost in their original state due to the method of polymer plastination. The structure of even the finest body tissues can be preserved by substituting all the body fluids with silicone. Correspondingly, the method helps the visitors of the exhibition see some kind of things which only medical workers along with scientists know.

The exhibition was created in the USA seven years ago. Over these years it has been presented in dozens of countries. Approximately 30 million of people have already seen it. It should be underlined that first of all, it conceives to be an educational one as it is expected to show people how complicated yet the human body is. Meanwhile, it also stands for the importance of a healthy lifestyle as it is absolutely impossible not to consider the necessity to be a wholesome person while observing blackened lungs of cigarette smokers.

Anastasia Vinnikova is a graduate of Minsk State Linguistic University. Now she is doing her Master Degree in School of Translation and Interpreting. Anastasia has interest in business and economy but also is professional pop and soul singer and an expert in Belarusian show business and cultural events. She is based in Minsk, Belarus.