On 12th September the ‘Race of legends – Biathlon stars for peace’ sport festival will take place in Raubichy. Darya Domracheva is the events organiser and the festival will be attended by the likes of Greis, Fisher, Olofsson amongst other guests.

Darya Domracheva says  “I check on the weather every day”. She eagerly awaits the arrival of renowned biathlonists to the ‘Race of Legends’ in Raubichy.  At a special press conference, Domracheva, the three times Olympic champion, stated how she had managed to gather notable biathlonists in Belarus.

Admittedly the line up of the competition is looking really impressive. Raubichy will see renowned athletes that have taken to the highest steps of the Olympic podium at least twenty times collectively, attending the festival. Daria invited the veterans of biathlon to attend the festival via email.

“There were refuses; some could not make it due to family commitments or being on another continent, but the majority of the athletes agreed immediately, revealed Daria Domracheva– some of the athletes did have some concerns at first as to how a competition of this kind would work in Belarus, but now they are all looking forward to getting here and to experiencing everything first hand, in fact someone even promised to come next year”.

Domracheva further stated “I want to emphasize that amongst the guests we will have the adorable Alfred Ader, we are waiting for the final confirmation from Clause Zibert and Olga Zayceva has already confirmed her attendance. I think it will be beneficial for our young biathlon fans to meet the people who have set up the traditions of our sport”.

The renowned biathlonists will partake in two races at the festival. Teams for the relay race where there are prizes to be played for will be made up based on the results obtained from the first race which is the super sprint. Daria Domracheva herself will be present at the competition as a special guest since she is an acting sportswoman.

What really bothers the Belarusian champion now is that the weather has settled over the country’s territory. “Every day I check on changes, Domracheva joked– I know that on Saturday the weather will be ideal for the biathlon to take place, it will be autumn sunny.”

Daria also briefly commented on her plans for the next season which she has decided to miss.

“I train on my own because the team trains at a different pace to me, I train under the direction of medics. My exercise has a calm tempo and I do not want this season to be stressful for me so I will not take too much on”.

Journalists were not allowed to keep inquiring on this subject; questions had to be specifically about the upcoming race in Raubichy.

“This will be a unique event not only for Belarus but for the whole world – Domracheva promised – Nothing like this has ever taken place here before, although the idea was discussed previously. I am also glad that the race will take place in the biathlon centre in Raubichy where the ideal conditions have been created to hold such a respectable tournament. I think the competition will give an opportunity for a new start of our sports complex.”

Yuri Alberts, an assistant of the Belarusian Biathlon Federation, added  “Virtually everything is ready for the race in Raubichy to take place. We are now excited to welcome the spectators, although unfortunately we are not able to accommodate all those that want to attend. We have only a hundred more tickets for the grand stand and about eight hundred along the route. We will try to find a solution to place more people at the race.”

Above all, it is worth mentioning that the money earned from the ticket sales which costs between 30000 BYR to 50000 BYR will be spent on building a children’s hospice in Belarus. Darya will also pick up a baton from Alina Talay, an athlete who has gathered money for incurably ill children the previous weekend.

For biathlon fans, outdoor sports equipment, recreation grounds for the younger fans and sports attractions for the adults will be organised. Spectators will have the opportunity to divulge in the national cuisines of the participating countries in the ‘Race of Legends. There will also be the opportunity to buy unique souvenirs which will be sold at the ‘city of craftsmen’. In addition to all of the above, there will also be an autograph session during which fans can meet their favourite athletes including Domracheva, the session will enable fans to take photos and talk to their icons.

“At 18:00 all the participants of the competition as well as special guests will be invited to plant a memorable lime tree alley in Raubichy, accompanied with a plaque to commemorate this special event taking place”– added the National Olympic Committee spokesperson Anastasia Marinina.

Moreover, from 11th-13th September for the first time Minsk will be able to take part in a congress of European Union sports journalists and a seminar for the mass media, conducted by the International Sports Press Association (AIPS) president Gianni Merlo. This event is taking place as a result of the ‘Race of Legends’.

“When Darya had shared with us the idea of holding a biathlon festival, Belarusian sport press association received a letter with request to conduct a European sport journalist congress in Minsk, – explained Marinina – I would like to point out that this organisation recognized Darya Domracheva as the best sportswoman of 2014. The occurrence of this event will be acknowledged by prize giving during the ‘Race of Legends’ on 12th September. It is because of Darya that we have an excellent opportunity to reveal and show Belarus to our foreign colleagues. As it stands there are forty two journalists from twenty seven countries that are registered for participating in the seminar and covering the race”. 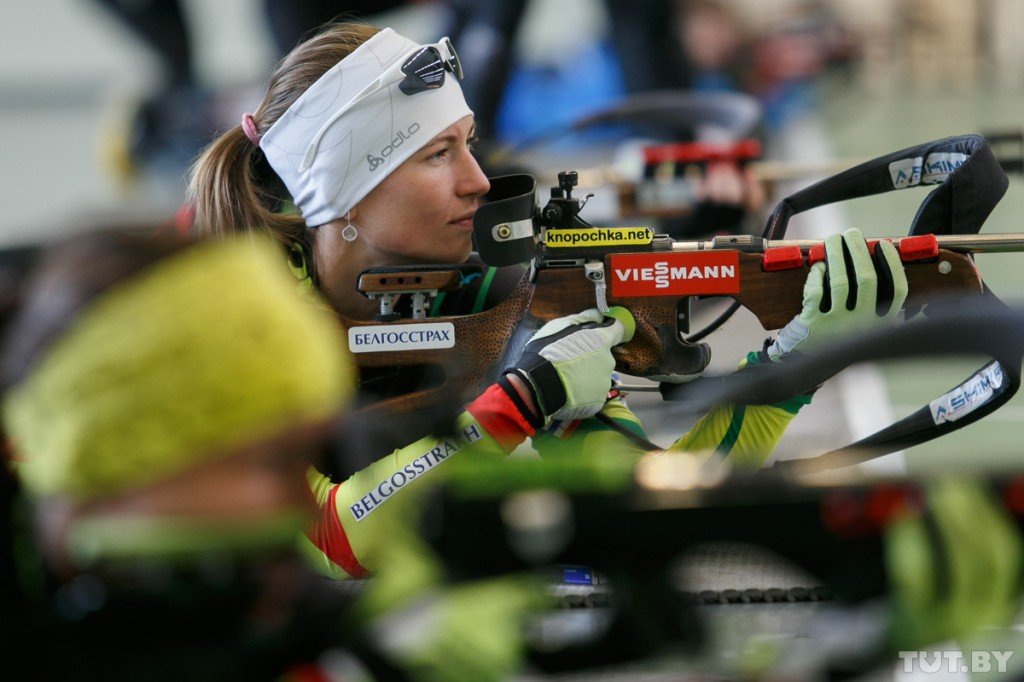