Relationships between Belarus and Serbia started developing rapidly after 2010, although the first visit of Alexander Lukashenko to Belgrade was in 1998, in 2009 he undertook a working visit to Serbia. Back then he didn’t manage to meet his colleague but he made a great advertisement of Belarus during the meeting with representatives of business circles. However, during that period, the trade turnover between the countries couldn’t be called solid – it was less than 54 millions of dollars in 2007, in 2010 it was about 116 millions of dollars. Herewith the surplus was positive for Belarus. Even the Free Trade Arrangement signed in 2009 hasn’t changed the situation, all the more that Belarus joined The Eurasian Customs Union, while Serbia started a rapid European integration.

By the way, in 2012 Serbia supported sanctions against Belarus which were adopted by the EU. But in 2013 already, during Tomislav Nickolićs visit, Belarus was called one of Serbians allies and ‘main friends’.

Also in 2013 a collaboration between two countries concerning various projects began. A capsule was solemnly put at the construction site of ‘Minsk Mayak’ which was positioned like a luxury district. Its construction is still continuing today. Serbs build other objects in Belarus too.

The project “Minsk World” should become one of the most large-scale. Long-suffering, widely-advertised and pathetic multifunctional complex “Minsk-City”, which hasn’t even been finished, initially was meant to be constructed by the Russians. As usual for such project signed by the President a huge territory was given and government was ready to make a lot of concessions for the investors. The project was supposed to be the most extensive for Minsk with real skyscrapers, residential and office real estates, entertainment and commercial complexes. However, the Russians haven’t finished the work despite all governmental indulgences. After the construction of a couple of ordinary panel buildings the work stalled and then took on a new turn: the crisis burst out and a huge project which was estimated at several billion dollars suddenly became unprofitable.

Belarussian authorities began immediately searching for a new investor. But the investors hesitate to come to Belarus, meanwhile the construction of large objects in Minsk has been rejected for a several times, turning into another long-delayed constructions and hollow promises. “Minsk City” managed to find a new investor – a Serbian company “Karić Brothers” and the project was renamed as “Minsk World”. Alexander Lukashenko called the project historic.

This company works in Belarus for 10 years already and her founders are the richest persons of Serbia known in the whole world not only as successful businessmen. For instance, Bogoljub Karić is wanted by Interpol, he was related with the Miloševićs regime and was forced to run away from Serbia. This doesn’t prevent him from realizing numerous projects through the company. In due time his fortune was estimated at billions of dollars, Russia gave him a refuge therefore cooperation with Belarus seems to be realistic even from the geographical point of view. What concerns the “Minsk World”, the Karićes assured the President Lukashenko that they will finish the work. Another Serbian businessman Miroslav Mišković intended to invest in retail trade with his company ‘Delta Holding’.

According to the data for the current year, the trade turnover between the countries develops dynamically. A half of Belarussian export to Serbia today – are petrochemicals. Our country supplies Serbia with BelAZ trolleybuses, chlorkalium, fabric, paper and many other goods but in humble amounts, though they grow with every year. Serbia in its turn supplies us with fruit and vegetables. But with all the growth of the turnover it still remains quite modest. In the foreign turnover and export in Belarus Serbia moved to 25th position from 53d and 45th position respectively, in the 1st quarter of 2015 – to 17th and 16th positions.

When the economic relationships between the countries started actively developing, political scientists studied the biography of the current Serbian President. During Miloševićs governing Nikolić was a vice-president of the ultranationalistic Serbian Radical Party and among other things stood for joining Serbia to the Union State of Belarus and Russia. Some political scientists call Serbian President a Belarussian lobbyist in Europe, even though it’s hard to say it seriously: Nikolićs reputation in the EU is ambiguous and his relationships with the EU headquarters are not that simple, thus he barely can influence the European attitude towards Belarus.

Another person who actively champions Belarussian interests is Bogoljub Karićs brother, chairman of the friendship group Belarus-Serbia Dragomir Karić. He was present at Alexander Lukashenkos inauguration and was the observer from Serbia at the elections. Dragomir Karić eagerly gave interview to the state media giving a highest grade to the elections as a European observer.

Besides that, Serbian politician expressed his confidence that the trade turnover between the countries will increase to 300 million dollars as a result of the following year and subsequently will reach half a billion dollars. He especially marked the process of Belarussian elections and called it corresponding to the European standards. Karić also stated that for Belarusian people the elections are a holiday. Moreover, he claimed: the relationships between Belarus and the EU should improve, because our country is a reliable partner for European countries.

Tomislav Nikolić visit to Belarus will start at November 18 and will last for three days. 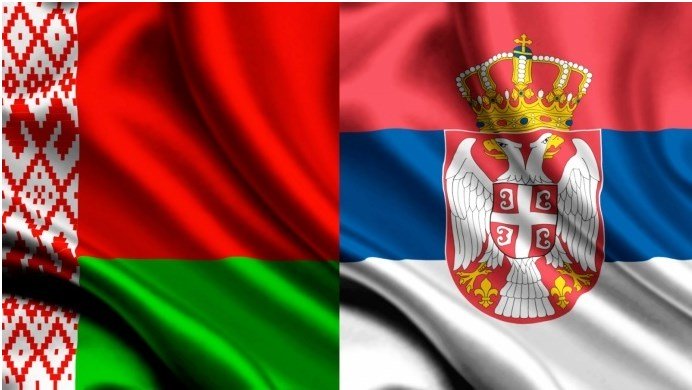