In the background of Marina there is a many years work at the Belarusian light industry enterprises and an internship in Germany. She participated in numerous contests, exhibitions and fashion shows, and, in addition, she is a member of Belarusian Union of Designers. The trip of a designer from Vitebsk to China’s Harbin became possible due to her successful shows at Belarus Fashion Week. The organizers of the event, holding the international cooperation, suggested her to present her collection in the Celestial Empire.

After her return home Marina Davidova shared her impressions and gave the readers some professional advice on how to look fashionable and being stylish.

– Marina, did you go to China without any hesitation? It’s not so close from Belarus.

I was in thoughts for another reason. When I knew that there was such an opportunity to present my collection in China, I had little time for its creation. But, all the same, I decided to go, but, to tell the truth, I had to work hard. Today I’m glad that I haven’t rejected a suggestion. I have a lot of impressions of the trip – from a long-haul flight with several changes to the closing ceremony. Chinese are good at making a ceremony from everything. The opening and closing ceremonies of Harbin Fashion Week were very spectacular. The participants got a very warm welcome and all the necessary conditions for comfortable visit and work were provided. The organization was on high level. Firstly, designers signed special honorable lists. We got awards which are called “orders”. There was another chance to get acquainted with the designers at the exhibition featuring their portfolios and works. The milestone of such creative trips is communication and experience exchange. 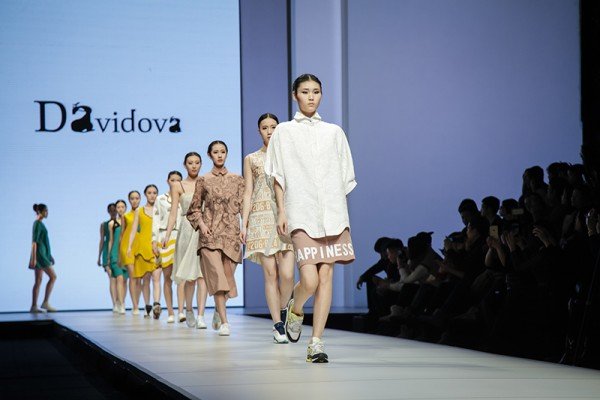 Harbin Fashion Week is a possibility of integration into global fashion industry and promotion of your own brand. We learned about the history of Chinese art, its influence on fashion at the meetings with artists and also we visited a famous International Ice and Snow Sculpture Festival. This festival has a there-decade history. It was possible to see a 20 m sculpture here, a castle which is like a 5-stores house. Tourists from different countries come there to have a look at the snow megalopolis. The temperature in Harbin may be minus 30 С. It gets dark early, but at 8 AM it’s already daylight. Europeans for the locals are extraordinary people. Wherever we went they asked to make a picture with us.

– Why did you make a decision to show a collection connected with cars in Asia? Was it called Autolady?

There was no definite title. I’m interested in the topic of women drivers. Today there are so many women who drive a car that they will exclude men soon. I’m also a driver for 10 years. The collection was born by itself. The neck hole, the dress cuts and jackets resemble the form of a wheel. The prints depict stylized motors and car number plates. While developing my collection I learned their history in other countries. The sizes and forms of number plates vary depending on the year. 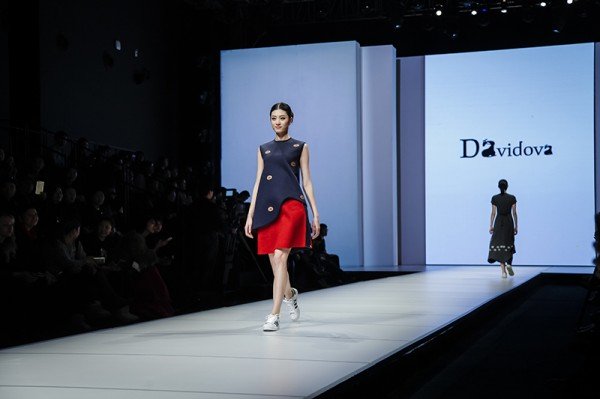 – Is this theme in trends in China? Are there women who drive a car?

Sure. We even had women who drove a taxi. There is a heavy traffic on the roads. It seems like they drive without any rules. They don’t let pedestrians go forward, honking all the time. The shows were held in the old factory building. It happened so that at the same time there was an exhibition of retro automobiles opened. Thus, my collection was right in time.

– There is a point of view that everyone wears a uniform in the Celestial Empire. Is it true?

– What prestigious runways have you conquered after a triumphal march at the designer’s competition White Amphora in Vitebsk where you won the Grand Prix thrice?

For nine seasons I show my collections at Belarusian Fashion Week. I also went to Moscow to participate in Mercedes-Benz Fashion Week Russia. And my works were presented at the International Fashion Fair in Düsseldorf. 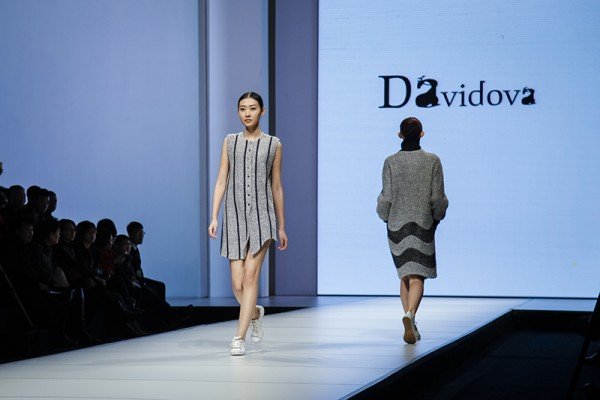 – Do you pity that there is no White Amphora yet, which has given a ticket in life to many designers?

It’s a pity. It was a good time then which is pleasant to remind. Thanks to White Amphora I was invited to the KIM (this enterprise was one of the organizers of the contest) I appeared in Germany. Right at that time the sales of my brand outfits started. This competition means a lot in my life as it gave the birth to my name. But I have to admit that this page has been  turned yet.

– At the KIM you created great batches of outfits. What have you got from this experience?

First, after graduation from Vitebsk State Technological University I appeared at . There I knew how to work with clients. At the KIM I got priceless production experience. The clothes were produced in batches with 15 000 per each. The production was to be made according to technological standards and at the same time attractive and asked-for. In 2008 I quitted, and it was a conscious decision as I felt I needed changes and doing ahead. 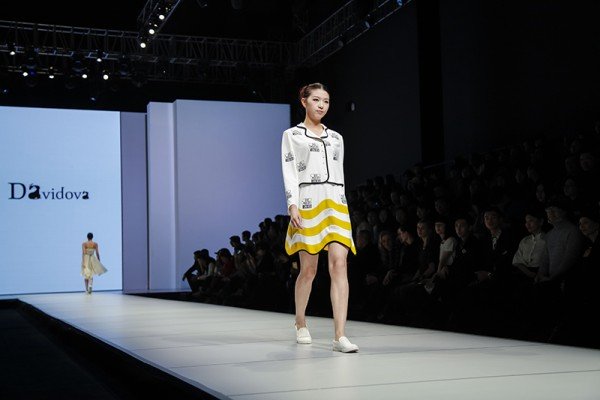 – Today you have your own Davidova brand. Where is it possible to look at and purchase your clothes?

I began to work for myself 5 years ago. I’ll tell you first that it was not easy but I’m interested in the process of creation of the outfits, and I’m free in this. You can find my production in the chain of the shops Belarusian linen in Vitebsk and Minsk. There are fashion markets held in the capital, where you can also buy my brand’s clothes.

– What fabrics do you prefer?

Linen… How can you do without it? Women like this fabrics, and I like to work with it. It resembles a white sheet of paper where you can paint any picture. Though the linen with the tapestry interweaving and with different illustrations which has recently appeared on sale also attracts my attention. I also use wool, thick woolen cloth, cashmere and knitted fabric. I worked also with fur in Germany in the private atelier. It was also a great practice. 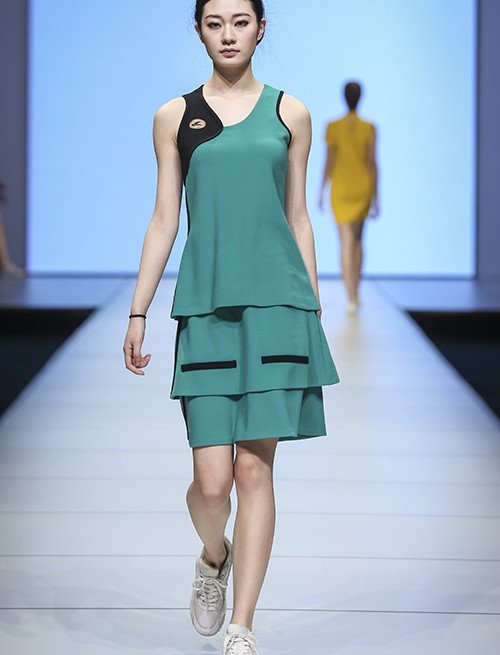 – I wonder whether the clothes from Davidova brand are expensive?

In the process of creating a collection I think about sales, thus it means that clothes must be affordable. Sure, there are very expansive fabrics, exclusive clothes, and then the price will be higher. I do such items to order. Though I try not to take such work lately. I prefer to create in a free flight. If somebody likes the clothes, it’s possible to buy them after fashion shows or on markets. Sometimes people have a desire to see not Chinese mass-produced items, but brand’s ones, taking into account that they are unique. I have clients who come from abroad for a lack of exclusive things.

– Did you find the people who would like to wear Davidova brand in Harbin?

Yes, several dresses were bought in China, and some went to Russia and USA. I heard a lot compliments from Americans, and they liked the whole collection very much. 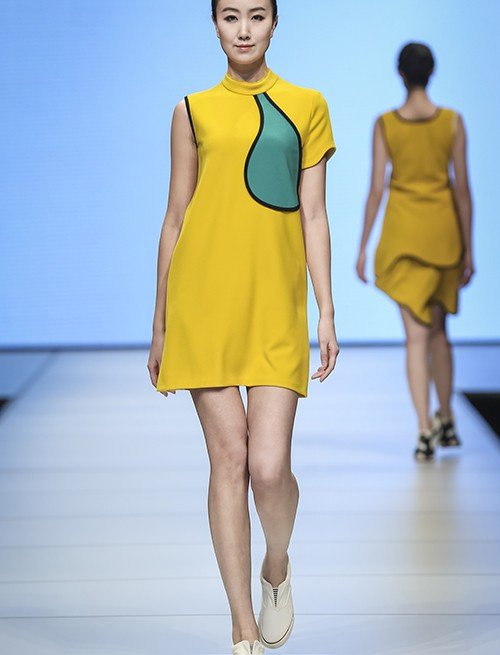 – Spring is coming soon… What silhouettes and colors will Marina Davidova suggest? What should you sew?

Now I’m working on collection Fall/Winter 2016-2017. In any season a woman should stay feminine, choose the clothes that suit her and underline her highs. Maybe, you should not follow fashion trends, but simply be stylish. The tendency of the forthcoming spring and summer is sporty chic style. It means that great stylish outfits can be combined with trainers or jogging shoes. By the way, I’ve already used it in Harbin. The models went on the runway wearing dresses and sports shoes. 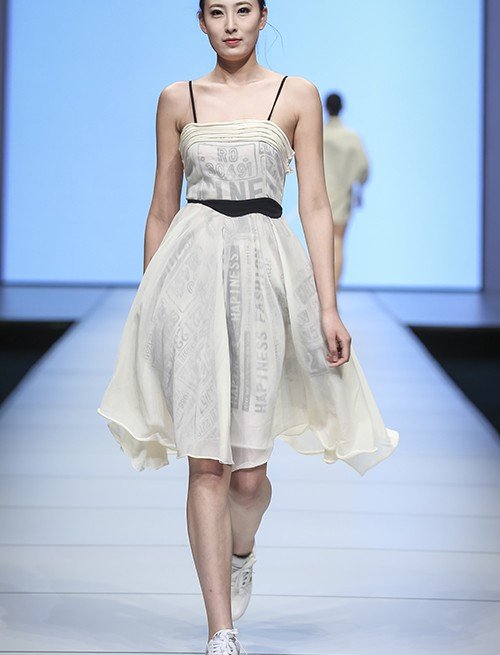 Photo by Anton Stepanishchev from private archive of Marina Davidova.

Text and photo by Vitebsk Vesti