Belavia magazine On Air met with the designer of the New York brand Freckles of Ubu Krystsina Sinkevich from Minsk in one of the cafes in Brooklyn and asked how is it to see her collection in a shop window at the Fifth Avenue.

Why did you name your brand Freckles of Ubu?

Once I ran across the play Ubu Roi by Alfred Jarry. The first performance with the same name is considered to be the founder of absurd drama. Philosophy of my design is similar to the basis of the absurd performances, where the show is based on feelings, not on logics. I believe in a concept of emotional irrationalism, when a thing made by me rises an emotional attachment to it. I don’t create anything to buy and throw away in a few seasons. My clothes, as a rule, become a part of life of their owners for a long period of time.

In Belarus you got another, not creative specialization. When you flew to the USA, did you know that you wanted to change your career and cope with design?

I studied at an art school in Minsk, and I always liked to draw. When the time to enter aUniversity came I had to choose my future profession between an artist and a diplomat. A rational side prevailed, and I decided to go for the international law depasrtment in  BSU. I’ve chosen The School of Fashion at Parsons occasionally: I liked their website very much, where there was a very precise schedule of the whole future process of studying. The education systems in the USA and Belarus differ. Entering the University in the U.S., I didn’t know what to expect. The choice of specialty was also casual. I went for the Fashion Design because all of my friends had chosen that course. And I thought, why not? 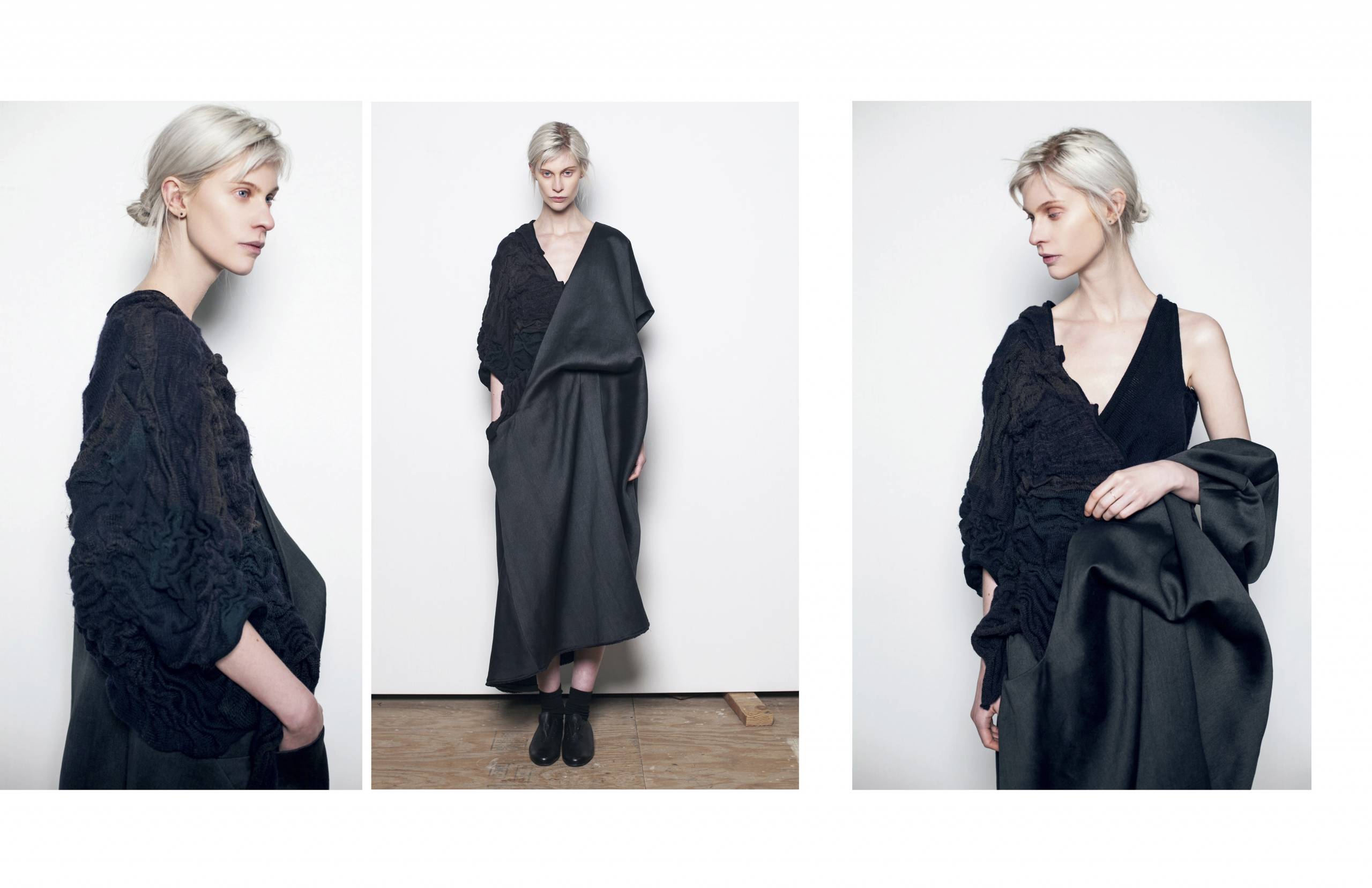 It means that you became a designer by chance?

Yes. During the first year on the course I had to learn a lot of things. For example, I couldn’t sew. So, I had to take additional classes in another University. The Parsons program lays emphasis on conceptual side of design studies. Thus we were not taught to sew, like many other basic fundamentals of specialty. But I’m glad that I got my degree exactly in such a way. Up to this time it helps me, for example, to create clothes without driving myself in a framework and limiting myself with the rules of drapery. When you have initial design basis, you create outfit as you see it, not as they say it’s right.

Have you always had a thought about how your first collection will look like?

No. Every month we were to present a mini-collection, and till the final course I didn’t manage to find my own style. I’m ashamed of my first design project – it was a total fail!

Who is your ideal client?

People whose wardrobe is not based on trends. People with a very strong self-consciousness – inner world and appearance. My clothes are multifunctional. It’s hard even to define whether it’s a dress or a coat, or anything else. I don’t fix any labels or make instructions for my clothes. Everything depends on how a customer sees this thing in his closet. 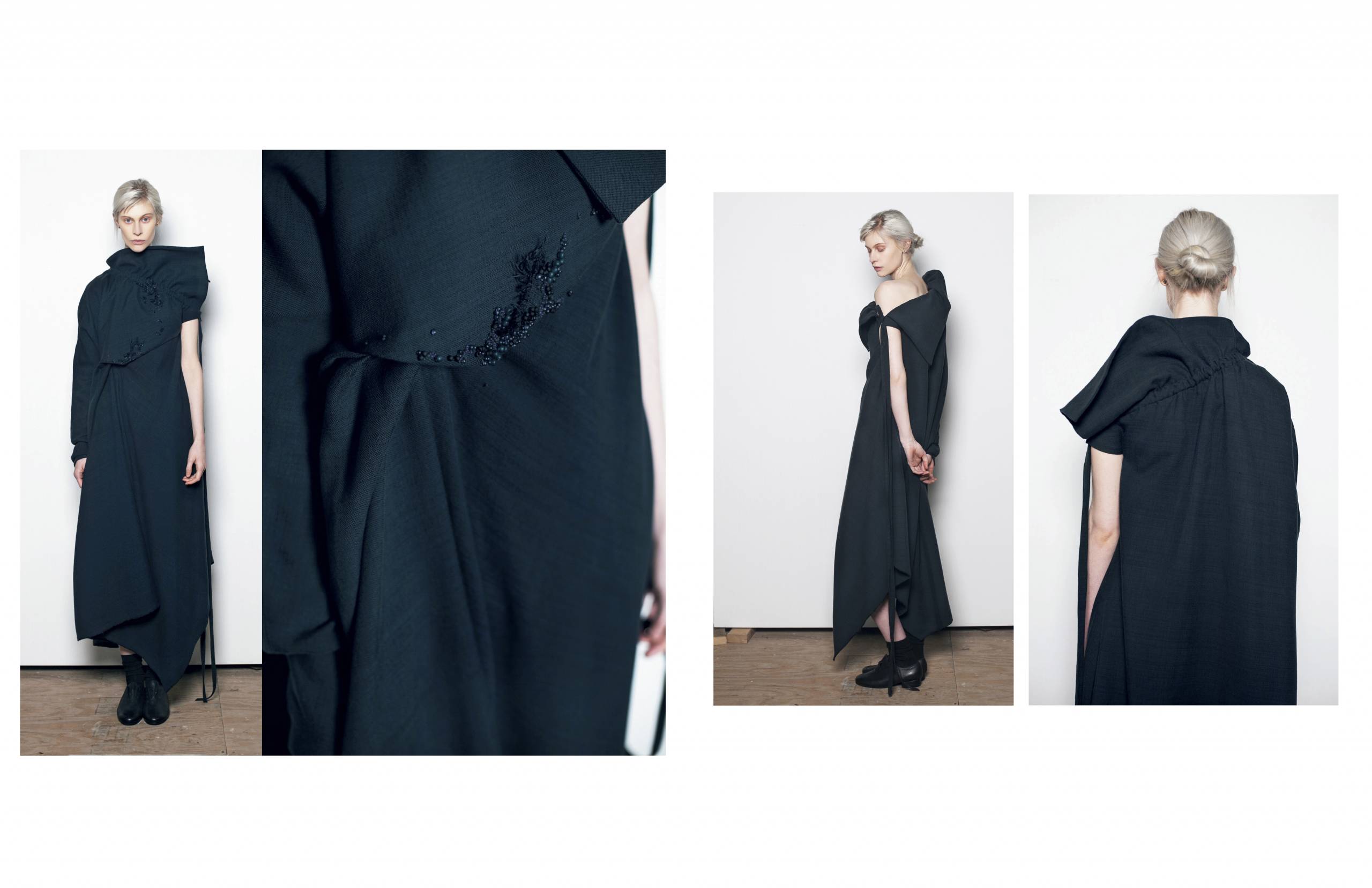 Describe the style of your brand in three words.

Mystic, a little bit dark, with covert sexuality. I’m against the dresses which make awoman’s body too nude. I don’t think that a woman has to get undressed to feel her sexuality. That’s why all my clothes are a little bit baggy. Depending on how the fabric drapery looks like on a body, it’s possible to feel yourself in different ways, and every day in a new way.

Tell how your final collection appeared in a shop window of one of the world’s most famous department stores at the Fifth Avenue?

There were 12 best designers from 200 graduates from the Parson’s Fashion School. I occurred to be among the candidates for the title “Designer of the year”. That’s why for a season one part of my collection was displayed in the shop window of Saks Fifth Avenue. 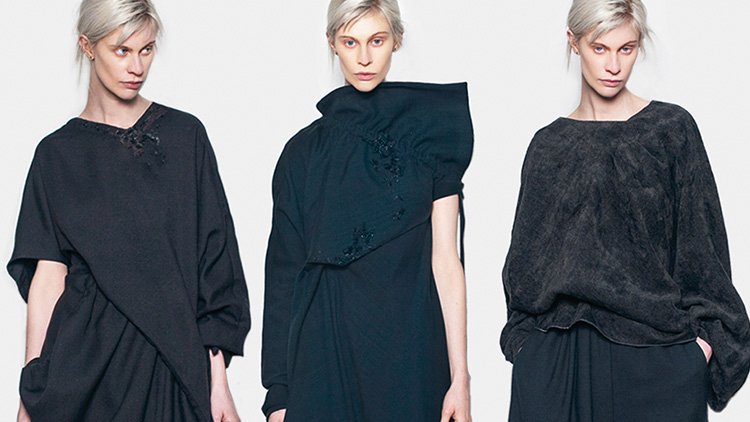 What inspired you to create your latest collection?

The film Knockin’ on Heaven’s Door (1997) with Til Schweiger. The story is about deadly ill and nobody of them saw the sea, they escaped the hospital to have their last trip. That feeling of freedom and limitedness at the same time, that the heroes experience, and a clash of these feelings have inspired me to create this collection. My creative work is mostly based not on visual images, but on the feelings from something I have already read, heard or seen. Thus, my new collection is about how we feel in the clothes we wear. 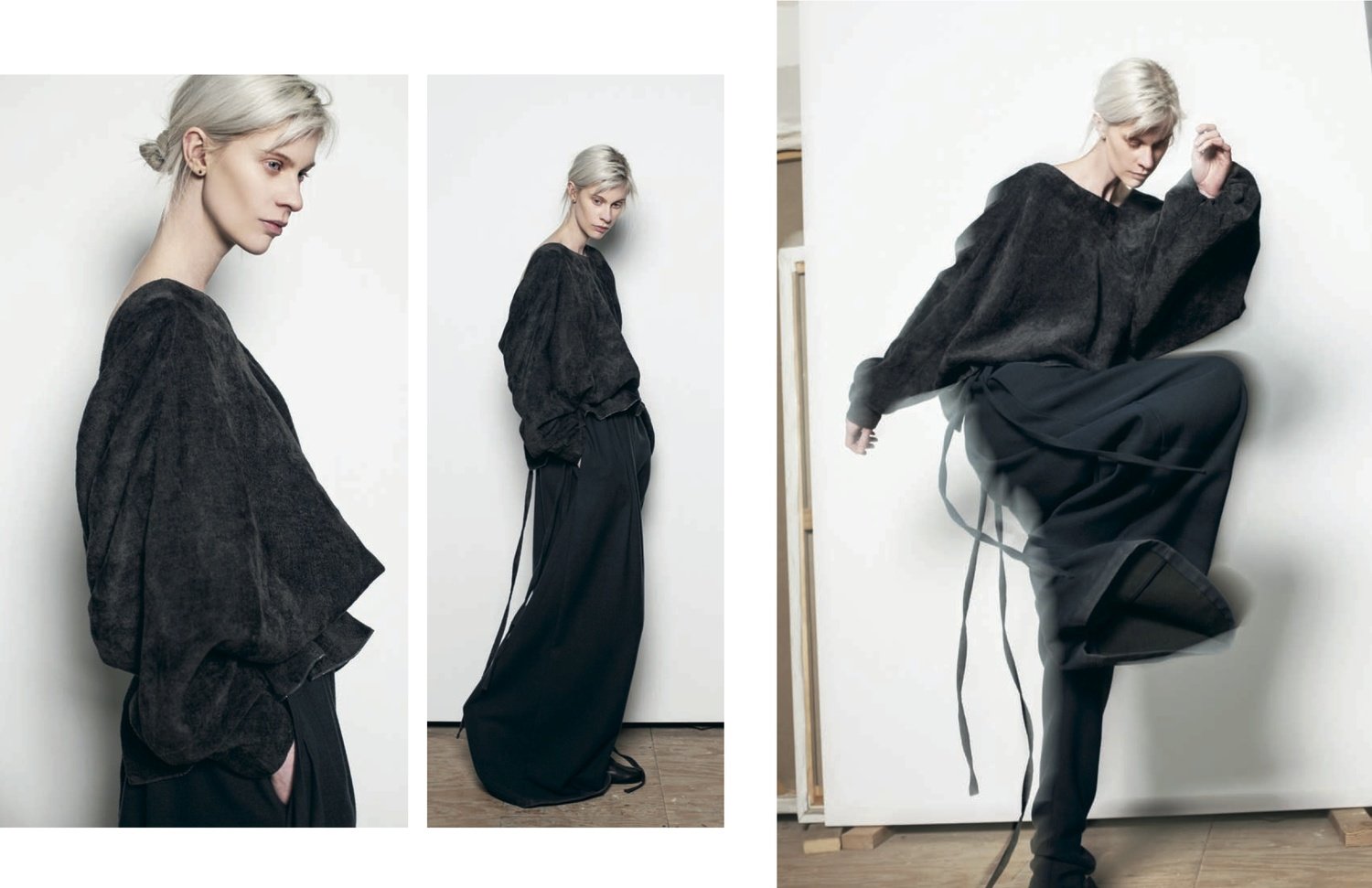 Every year hundreds of young designers graduate from the Parson’s and other universities. How to create your own brand and be successful in one of the world’s fashion capitals – New York?

I have no special strategy. I believe that only if you work hard a lot can happen. I’ve succeeded in my career not due some happy accident. I wanted to create clothes for the admirers of my designer’s talent and mastery. I don’t want it to be bought just because it’s necessary to wear anything or because it’s a designer’s work and it costs a lot.

Which moment was the most important in your career as a fashion designer?

It happened when the collection was bought by Hotoveli, one of the most successful fashion boutiques in New York. It was a peculiar sign of approval. Now I design and sew a new collection every season not only because I like doing that, but because I know that people want to buy and wear my clothes.