Best university operating in the Republic of Belarus

As soon as any visitor to Minsk step out the front door of the Passenger Rail Station, the rounded glass front of Belarus State University’s Faculty of International Relations confronts the new arrival. Throughout the center, its buildings merge with the cityscape as if to suggest “college town.”

As old as the Republic itself

This was probably not by accident. When Nazi Germany invaded the Soviet Union, select students and staff were removed. These later set up a BSU-in-exile in Skhodnya, a small town northeast of Moscow, where 300 students attended in the 1943-1944 school year. The school was one of the first signs of civilization to return to the war battered city, which provides a fairly easy explanation of how it became such an integrated part of the Minsk landscape nearest its administrative center.

However, BSU is about as old as the former Soviet Republic. Less than a month after founding itself, the fledgling Byelorussian Soviet Socialist Republic passed on Feb. 25, 1919, a resolution to establish its state institute of higher learning in Minsk. However, three days later, Soviet authorities disbanded the efforts of the initial Byelorussian state and tried to create a Litbel SSR. When this abortive move fell apart five months later, the Byelorussian state was restored, but because of war with newly-independent Poland, it would still take another two years before the university would finally open its doors. 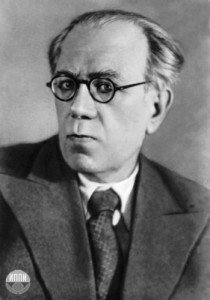 When the university finally opened its doors on Oct. 30, 1921, Vladimir Ivanovich Pecheta served as its rector. A Serb by ancestry, Pecheta was nonetheless enthralled with the history of Belarus and its people, and their historic interactions with its neighbors. However, this interest would later serve as his downfall, when in 1930 he was arrested and charges with nationalist chauvinism, and a “pro-West orientation.” He would be freed only after intervention by Czech leader Edvard Benes.

However, under his administration, he had managed the creation of six faculties: Workers, Medicine, Pedagogy, National Economy, Law and Soviet Development, and Chemical Technology. In 1930, it boasted a staff of 49 professors, 51 assistant professors, 44 lecturers, and over 300 research assistants. After a decade of post-Pecheta changes, on the eve of Nazi invasion, the six faculties had changed completely to include: Chemistry, Physics and Mathematics, Biology, History, Geography, and Languages.

In 1949, on the 30th anniversary of the resolution that founded the university, BSU was renamed the Vladimir Lenin Belaursian State University. By 1957, Anton Sevchenko became rector, and undertook a dramatic expansion of the university. Much of what the university is today was created under his watch, including separate faculties for Physics and Mathematics, as well as new faculties for Journalism and Applied Mathematics. A decade after Sevchenko took over its governance, BSU received the Order of the Red Banner of Labor.

By 1980, the university had increased so much in size that it needed a second campus. That year, BSU opened its second campus in the suburban village of Shchomyslitsa. Today, the faculties of Biology, the Humanities, Radiophysics, and Computer Technology can be found on this second campus, along with the Sevchenko Institute for Applied Physics Problems, the Human Problems Research Center, and the university’s botanical gardens. In 1992, Vladimir Lenin was dropped from the name. The Faculty of Biology building on the Shchomyslitsa campus, outside Minsk. Photo by Hanna Zelenko via Wikimedia Commons

A look at life on the BSU campus for foreigners

Today, BSU is rated within the Top 500 universities in the world by QS World University Rankings. It had been ranked by the Cybermetrics Lab of the Spanish National Research Council (CSIC) as early as 2008 in its Webometric rankings, which are released in August each year. The most recent Webometric rating is 673rd in the world (down from 596th the year before). Russian educational ratings agency Expert RA gave BSU a B-rating, meaning that students are expected to have a “very high” level of preparation before taking courses there. (The only former Soviet institution to receive the higher A-rating was Lomonosov Moscow State University or MSU.) Interfax echoed this assessment by saying that the only school that exceeded BSU among former Soviet institutions was MSU, and suggested that the Belarusian school had edged even St. Petersburg State University, their third place pick.

BSU maintains membership in the Eurasian and European university associations, and hosts international cooperation agreements with some 50 countries, including those related to TEMPUS and Erasmus Mundus. The campus boasts a large international student community, with over 2,300 foreign students attending out of some 31,000 full-time students, total. Of these, 700 are from Turkmenistan. However, several Fulbright scholars from the United States have also passed through in recent years.

The university continues to expand its resident housing capacity, maintaining space for 11,000 in its large student hostel complexes. This number accounts, at present, for more than a third of its full-time community. The rest occupy apartments in areas such as the low-rent Zavodski District in the south of the city.

Life on campus at BSU, meanwhile, is very much like life in most Western universities. A review of the cultural activities available shows a variety of events that could interest a wide variety of students, ranging from culinary competitions to guitarist competitions to “Brain Ring,” a sort of Eurasian-style College Bowl competition where competing teams are quizzed, with the side getting the most right answers winning. Intramural sports activities include volleyball, Wushu (or Kung Fu) martial arts, basketball, aerobics, cheerleading, table tennis, and yoga. 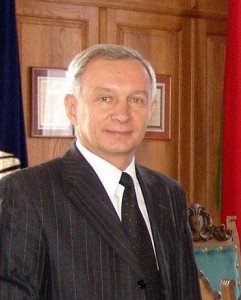 How a foreigner can enroll at BSU

BSU Rector Sergey Ablameyko points out on the university’s page for foreign applicants that 2014 has been designated as “The Year of Belarusian Hospitality.” He notes that the university has tried to live up to the expectations of the government to show traditional Belarusian friendliness to foreign guests.

Once the student has the invitation, the second step is to obtain a visa from the Belarusian embassy in the student’s country of residence. Before entering the country, the student will likely have to pay for state-recognized health insurance.

Once this is done, the third step takes place once in Belarus. The student must again submit an application, along with the originals of the copies submitted in the first step. After this, an entrance exam is given to the student. If that person passes, the student then signs a contract for training and pays the appropriate tuition and fees. The order for admission to the university is then registered, as is the temporary resident registration, and a final health check is given.

The deadline for submission of paperwork is given as Oct. 15. However, courses start on Sept. 1.