Most Belarusian manors are neglected and in desperate need of investment

Experts at a round table on the topic of “How to revive historical Belarussian farmsteads” discussed ways to raise public awareness of the value of Belarus’ architectural heritage. The technology exists to preserve the unique cultural treasures found in the country’s oldest buildings, but the effort, and sometimes the inconvenience, required to conserve the past makes the task not so popular.

Many properties of historical and cultural value sit abandoned and dilapidated, or are being used for something other than their intended purpose, such as for storage on a collective farm. Hvir’s department has developed an action plan to transfer unused assets situated in rural areas and small towns to agricultural tourism entities for appropriate use. The list of assets being reviewed has been prepared by the Ministry of Culture in collaboration with the Ministry of Sports and Tourism, as well as associated regional and local executive committees. This action plan was approved in November 2009.

Among the items on this list are 46 manors (“dobra rytsar” in Belarusian) once owned by local nobility. However, after five years, only nine of these abandoned properties have passed into private hands in a way that will ensure preservation of their historical and cultural value. Hvir suggested that the reason for this is that cultural preservation work has not been a high priority among the involved local executive and administrative bodies. Further, many of these objects lack appropriate legal documentation, inhibiting the transfer process. 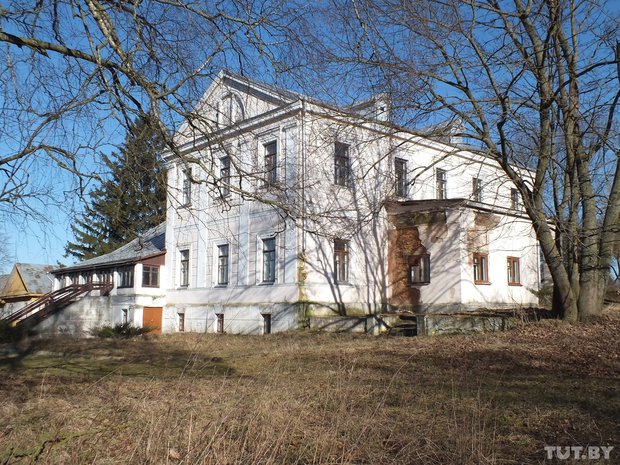 However, the transfer of Puzyna Manor in Brest Oblast proved to be a bad experience for everyone involved. The aging structure was sold to a real estate company that sought to reconstruct the building and then resell it (pictures of the structure on Radzima.org show that the building’s roof is largely missing in the center of the structure). However, because the manor, situated in the Kameniets District, had been designated an object of historical and cultural heritage, renovation was no longer just a simple task of bringing out tools and materials. First, the owner has to review all available historical references to how the building originally looked, and then apply these to construction drawings that had to be submitted to the Ministry of Culture. As a result, the new owners were not able to afford the services required to carry out the restoration, and the property was returned to the state. Such services require significant funds, and not everyone can afford them.

Another example of a misguided and wasteful approach to heritage preservation can be seen in the examples of two farms in Minsk Oblast’s Kletsk District owned by the state-run distillery Minsk Kristall. The first farm is located in the village  of Yanavichy, and the second is situated in the village of Tucha, and both are in poor condition. Hvir pointed out that Kristall’s management had not invested even a 50-BYR note in protecting the historical sites, which was in violation of the law. Minsk Kristall was fined only 3 million BYR (about 300 USD) for their inaction. Although the fine was quite small, the organization did finally set about to place a roof over the asset. But this does illustrate that the Ministry of Culture is woefully under-empowered for stopping this sort of mismanagement.

“Most of the facilities at the farms were in poor condition because they have no roof,” said Hvir. “First and foremost, in order to save the objects, they needed to be covered with something. Sometimes just any piece of roofing material is enough. The problem here was that the farms were essentially abandoned, although documents clearly showed who owns the farms. Kristall basically kept the property because they needed to grow potatoes…”

Of all the listed properties on the register, only 40 percent of assets are considered to have been kept in satisfactory condition.

Alexander Varikish, director of the Country of Castles Travel Company, believes that proprietors need to be found that will use the properties for any function, and not just for the creation of agricultural tourism farmsteads. For instance, the village of Trokieniki, located 9 kilometers west of Varniany in Hrodna Oblast’s Astravets District, contains the aging Bohush-Shyshka Manor, which until recently was used simply as a warehouse for farm machinery spare parts. That it was used for something helped motivate the local authorities to preserve the structure. (Around 2010, it was converted into a museum.)

“There are also terrible examples,” Varikish noted, in contrast to the Trokieniki example. “In Zhamyslaul, a collective farm sold (the Umestovsky Manor), which then was renovated in violation of the law. In May 2012, the building caught fire, and now it stands without a roof, gutted.”

The Umestovsky Manor was built in the 18th century, and was designed by an architect named Marconi (presumably Leandro) as a smaller version of the Lazienki Palace in Warsaw (better known as the Palace on the Water). Before the fire, the interiors were similar to the noteworthy Polish landmark. In its lengthy history, it had been given over by the owners as a scientific station for Vilnius University at the end of the 19th century, and during German occupation in the First World War, it served as a resort. 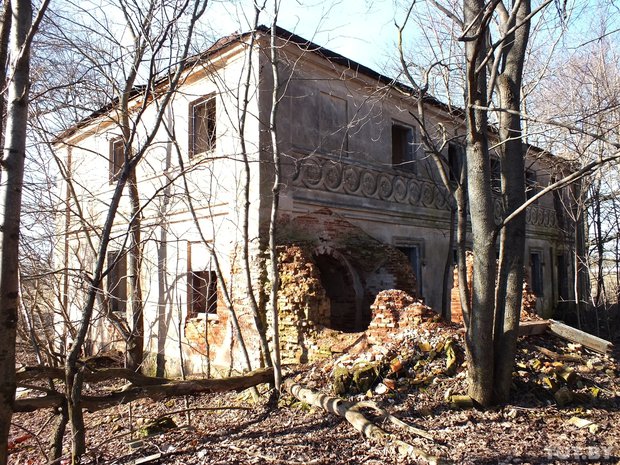 In the debate about how best to preserve these gems hidden in the forests of Belarus, not everyone agrees that private ownership is the best way to restore the country’s aging manors. Zmiter Jurkiewicz, an emergency work volunteer for reconstruction of the Tadeusz Rejtan Manor in Hrushauka (a village in the Lachavichi District of Brest Oblast), believes that the wooden structure he is helping with should remain owned by the public, and that the government should call attention to its needs for skilled help as quickly as possible. Ultimately, he envisions the building serving as a state-owned museum or cultural center.

Volunteers like Jurkiewicz are ready to give their support to any such public undertaking. For more than 20 years, he has helped remove dilapidated doors, windows, and tiled stoves. Volunteers who are not certified for any specific restoration-related skill are not permitted to carry out any serious work, so their contribution is limited to smaller tasks, such as sheltering roofing material. At the same time, Zmiter and his friends are effective in spreading the word about the ancient estates and their needs locally by word of mouth. He sees not only the Reijtan Manor as a promising project, but looks also at other estates as potentially contributing to building a destination, to recreating a legend from the history of the land, and arousing the interest of international and domestic tourists to the manors and their surroundings.

Some of the manors passed into private ownership before they could be listed on the register. Some were sold at auctions. However, Varikish says that today it is more complicated to take ownership of a manor than it was a few years ago. If earlier it was possible to buy a farmstead at a district auction, today it is necessary to go to an auction held by regional authorities, and the prices are significantly higher. The Siehlic Manor in Kraski, a sizabel two story structure with a circular tower, was sold for 80,000 USD, while the stately-designed Czeczott Manor in Padarosk near Vaukavysk in Hrodna Oblast went for 100,000 USD.

These prices, of course, do not include the investment in carrying out research and restoration in accordance with Belarusian law. As a result, despite the low prices for these historic estates, many entrepreneurs who seek to “flip” one of these estates later find that they cannot afford to do the work required to improve the property.

What would really help those who are seriously considering investment in one of Belarus’ registered historical/cultural assets is to consolidate the many fees and services required before the first hammer strikes the first nail. If this could be arranged, then perhaps the restoration process will be more successful in future efforts to restore the country’s historical properties. After all, unattended monuments are more likely to disappear in the weather or in flames.