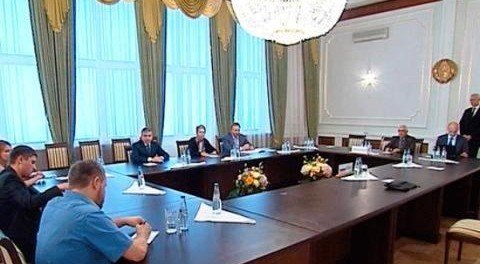 While Russian troops advanced along the N15 highway leading toward the Ukrainian regional center of Zaporizhye, the tripartite contact group between Russia, Ukraine, and the Russian militants operating under the Novorossiya flag met in Minsk to open tentative discussions.

Ukrainian President Petro Poroshenko, while meeting with European Union leaders in Brussels, declared on Saturday, Aug. 30, that the agenda for the meeting today would be a discussion of the release of Ukrainian prisoners-of-war held hostage illegally in Russia, the insertion of an Organization for Security and Cooperation in Europe (OSCE) monitoring mission along the portions of the frontier between Ukraine and Russia no longer manned by Ukrainian forces, and the format for a cease fire. “We can no longer change anything,” said the Ukrainian President over his decision to send former President Leonid Kuchma to represent the Ukrainian government in contact group talks. “We need to stop everything and start diplomatic negotiations.”

Alexander Karyakin, chairman of State Assembly of the LNR in Luhansk about ten days ago. Photo by Maks Stirlitz via Wikimedia Commons

Russian Foreign Minister Sergei Lavrov, speaking at a Moscow State institute of International Relations (MGIMO) student conference before the talks started, expressed hope that the discussion between Kuchma, Russian Ambassador to Ukraine Mikhail Zurabov, the appointive Deputy Prime Minister of the Donetsk People’s or Narodnaya Republic (DNR) quasi-state Andrei Purgin, and the self-styled Chairman of the State Council of the Lugansk People’s or Narodnaya Republic (LNR) quasi-state Aleksey Karyakin, would in fact lead to a cease fire.

Lavrov told the student gathering that Ukrainian President Poroshenko’s peace plan, presented at the Minsk summit held last week, was little more than an attempt “to ensure that the militias lay down their arms and give themselves over to be destroyed.” He also continued to deny the purposeful presence of Russian troops in Ukrainian territory, despite boasting by Russian militant leadership, eyewitness accounts, and satellite photos indicating an ongoing assault. “Accusations (of a Russian invasion) by the American State Department have not been proven,” he said. “They still do not support any of their accusations with any facts. Russia has asked more than 20 questions related to these allegations, but we have not received any answers.” 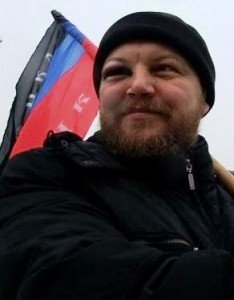 Andrei Purgin, who represented the Donetsk rebel group in today’s talks, as a separatist protester. Photo via Vkontakte

Purgin, who was arrested in 2007 while Viktor Yanukovich was Prime Minister on charges of leading a separatist movement, held a press conference after the close of today’s meeting in Minsk, saying that a time-out was called for all parties to carry out a more detailed examination of the proposals exchanged by both sides in the contact group meeting. The two sides were expected to return to the table on Friday, Sept. 5.

In today’s talks, both the DNR and LNR, to no one’s surprise, issued a demand that the Ukrainian Anti-Terrorist Operation (ATO) under way against their organizations be halted, among the proposals they forwarded. “Negotiation as equals is the only acceptable way to resolve this crisis and restore peace,” according to statements issued by Purgin and Karyakin, on behalf of the DNR and LNR, respectively.

The two pro-Russian leaders also stated that discussions between Ukraine and their organizations should be based on the Geneva Statement on Ukraine of April 17, during which then-Ukrainian Foreign Minister Andriy Deshchytsia, US Secretary of State John Kerry, First Vice President of the European Commission the Right Honorable Catherine Ashton, and Russian Foreign Minister Lavrov set out the means of de-escalating the already growing crisis. This agreement was discredited by the West after the EU and the US repeatedly observed Russia of breaching its commitments to it. 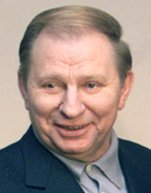 Former President Leonid Kuchma represented the Ukrainian side in today’s talks in Minsk. Photo via the Russian Presidential Press and Information Office and Wikimedia Commons

The rebel leaders also demanded recognition by Ukraine of the special status of their territories, referring to the irregular referendums held by these separatist organizations in the spring, that Ukrainian security bodies cease military operations in the regions the two organizations claim, and that free elections be held across Ukraine to secure recognition of the status of the Russian language in the country. They also demanded special status for its armed forces under Ukrainian law, granting amnesty to their fighters and those held captive as “political prisoners”, and the right to appoint prosecutors and judges in their territory. Additionally, they sought foreign trade regulations that would allow them to integrate with Russia and member states of the Eurasian Customs Union.

In return for meeting these demands, they said that the DNR and LNR would “make every effort to maintain peace, and retain the economic, cultural, and political sovereignty of Ukraine within the shared Russian and Ukrainian civilization.”

Items carried forward on the agenda for the Sept. 5 meeting include conditions to be met for establishing a cease fire and for conducting prisoner exchanges.

Story taken from translations of articles posted on Sept. 1 by RIA Novosti and RT TV, as presented by TUT.by