Belarus hopes to get loans from Russia to fight upcoming crisis 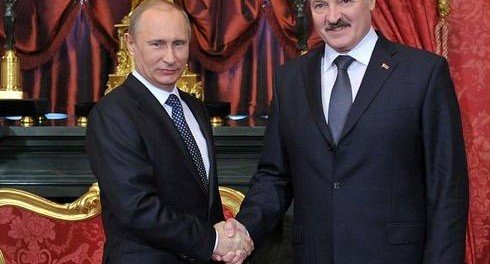 The official Minsk hopes that Russia will lend a shoulder, as Belarus carries great losses due to the world oil prices dropping and sharp devaluation of the Russian ruble.

According to the “Belorusy i rynok”, the Belarusian side has already prepared a joint program of anti-crisis measures with Russia to overcome the problems in the economy, which mostly consisted of reasons why Belarus should be financially supported by the nearest ally.

Unofficial sources says that during the preparation of a joint program the Belarusian side expressed the need in financial resources to overcome the crisis fast. It means long and short-term credits from Russia for an amount of $2.0 bln. The program, which was announced as a collaborative effort is actually an initiative of the Belarusian side. Therefore, the document has proposals and plans from Belarusian ministries and agencies. As for the Russian ministries and departments, they had begun to fill the document later.

The Belarusian part of the program includes a number of suggestions, including the traditional ones. In particular, five already existing integration projects, which were launched few years ago, but haven’t been completed in context of difficult economic situation. In general, the keynote of the Belarusian proposal is as follows: since the economies of Belarus and Russia are closely connected with each other, Belarus bears big losses because of oil prices and Russian Ruble.

At the same time, the 2015 has next peak of Belarusian currency payments on the national debt. The country is to pay to the creditors 4.1 billion. USD (3 billion of principal debt and 1.1 bln as the debt service). Recently, government hoped to pay the half of the external debt with the help of export duties on oil products (1.89 billion USD) and Belarusian oil (300 mln USD). However, oil prices fall has made oil “pie” much smaller. At the current level of oil prices, Belarus will be able to pay only half of the projected amount. That is why Belarusian economy needs more financial resouces.

Belarusian initiative to prepare a joint program of anti-crisis measures with support from Russia was announced during meeting of Belarus’ Prime Minister Andrei Kobyakov with Russia’sPrime Minister Dmitry Medvedev on February 5 in Gorki, near Moscow.

“We are pleased that you agreed to work on the plan for coordinating economic actions and measures of Belarus and Russia” – said A. Kobyakov during the meeting.

He drew attention to the negative trends in bilateral trade relations over the last two years, the bilateral trade between Belarus and Russia decreased by 14% – from $43 bln To $37 bln. He said, that countries should discuss the problem and outline measures to restore and exceed peaks in trade which occurred recently. “The economic situation in Belarus requires to coordinate our actions”.

According to him, the joint anti-crisis plan offers a number of important steps to establish bilateral cooperation. In particular, he talked about the coordination of macroeconomic policies, usage of payments in national currencies, as well as the eliminations of barriers for trade.

“We hope that we will be able to prepare the plan in time, so that toplevel officials can sign it at the Supreme State Council of the Republic of Belarus and the Russian Federation” – Prime minister said.

Belarusian ideas were likely to be discussed during the meeting of A. Lukashenko and V. Putin in Sochi.