The crowd got an opportunity to enjoy goals only in the second half. Maksim Vitus opened the score in the 69 minute, following Fatos Beciraj’s shot.

Alas, the Belarusians were taking a lead just for 3 minutes. Roberto Soldado levelled the match, converting a penalty in the 72nd minute.

Being inspired by the success, the Spanish football player extended the lead to 2:1, following Mexican Jonathan dos Santos’ shot.

With this defeat, Dinamo has lost the chance to advance to the Europa League last 32.

“I think we haven’t deserved a defeat. Even after the first match (Dinamo lost 0:3 in the away match), I said that the team could have played better. Of course, we wanted to show the best in the field.

In the first half, we had two or three scoring chances. In the end, we used one, but at this level mistakes are not forgiven. The rival hit a goal very quickly, levelling the match. What did we do wrong? We lacked concentration a bit. Perhaps, it was our best game within the Europa League group stage this season.”

Rasovic added that “Mohamed Mounir usually plays on the left flank, but today we have changed his position. At the beginning of the match, Mounir was in the position of the left-back, and I did not want to change anything in the defense, even when Vitus took the field. As you see, it was the right decision, as it was Vitus who stroke a goal against Villarreal CF.”

Dinamo Minsk head coach highlighted that “it’s not a problem for the football players to rotate within the team, looking for space and free zones.”

“Our team, especially young players, needs such matches as those against Villarreal, Rapid Wien, and Viktoria Plzen. We have lost the chance to qualify for the last 32, but we will try to seal the wins in the matches left.” 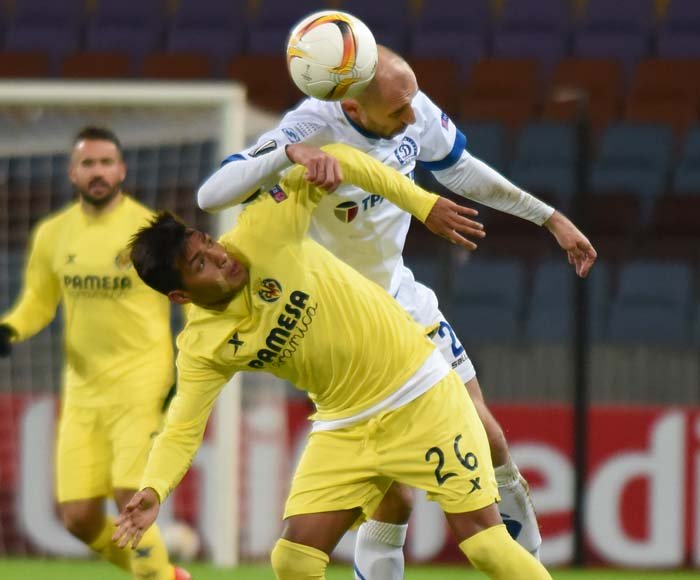 Villarreal head coach, Marcelino Garcia Toral, in turn, specified: “We were very serious about the away match against Dinamo Minsk, because, as a rule, it’s tough to play out-matches as part of European competitions. We knew Dinamo would try to take advantage of our faults, and it happened the way we thought. Fortunately, we have managed to collect energies and have levelled the game quickly. Undoubtedly, Dinamo has showed a very good football.”

Commenting on the meeting, Maksim Vitus stressed: “We knew the Spaniards will be highly motivated, so we have tried to play aggressively, going from defense to attack. Soldado is a great football player! We have failed to play great in the defense, allowing the opponent to use the scoring chances.”

FC Dinamo Minsk defender Syarhey Palitsevich said that “the match has been tough. The guys are disappointed, we wanted revenge. We deserve not only to play in the group stage, but also to qualify for play-offs. In the future we will do that, I’m sure!”

Belarusian club goalkeeper Syarhey Ignatovich emphasized: “We have played well, and it’s a pity we have lost. Why is it so difficult to compete against Spaniards? Because we live and play in distinct parts of the world.”

It should be mentioned that in the other match of Group E, Rapid Wien (Austria) clinched a 2:1 win over FC Viktoria Plzen (the Czech Republic). Thus, after the four rounds, Rapid takes the lead in the standings with 12 points, followed by Villarreal (9 points) and Viktoria Plzen (3 points). FC Dinamo Minsk is at the bottom of Group E with no points scored. 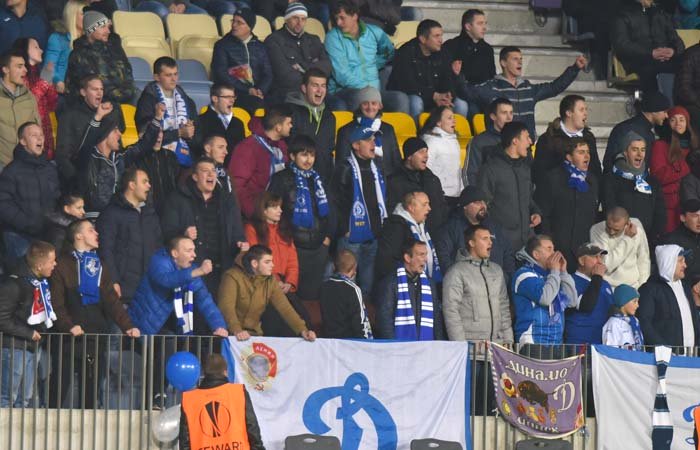 Text and pictures by TUT.BY, Pressball.by