The success of Belarus’ economy depends on privatization

At the moment, Belarus is pursuing two strategies for the development of the country to 2030. A full report on the government’s long-term vision of the country should be ready in the autumn. Meanwhile, it is possible to get a glimpse of what this vision of the distant future is today.

The forecast being developed by the state bodies and their subordinate institutions was not commissioned just by chance. This document is being prepared in advance of next year’s presidential elections, and such forecasts are traditionally released on the eve of the All-Belarusian People’s Assembly, where the authorities unveil their economic program. As a result, this forecast is actually part of the president’s upcoming election campaign. 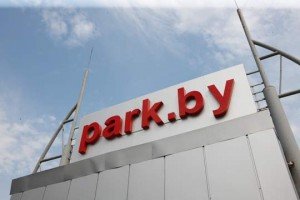 The National Strategy for the Sustainable Development of Belarus through 2030 was commissioned last December. At this point, the Research Institute of the Ministry of Economy has developed the concept paper for the national strategy. Belarusian Internet newspaper Naviny.by obtained access to a copy of the document. They found that the authors of the concept paper identified early on several achievements that Belarus had achieved over the past decade. In particular, State Institute economists highlighted the Belarusian gross domestic product (GDP) between 2005 and 2013 grew by 50 percent, and the volume of industrial production increased by a factor of 1.6.

Although this is intended to show a quantitative growth for the country, the numbers in fact suggest that the quality of economic development in Belarus has been poor. “The main problem is the low efficiency of the economy,” the report reads. “There is a steadily declining return on investment. Belarusian labor productivity lags behind that of the EU-28 (the 28 states of the European Union) by a factor of four. The high level of imports into the economy generates a trade deficit in goods and services.”

The main risk that the Ministry of Economy identified was preserving the “insufficiently effective and high-cost structure of the economy.” The report proposes as a solution to form an “innovative economic structure” by 2030 through the creation of high-tech industries. “The main target indicator for the achievement of these goals should be established where the share of high-tech, knowledge-intensive industries in the country’s GDP is not less than 20 percent,” read the concept paper.

At the moment, experts at the Economic Research Institute (“Nauchno-issledovatelsky economichesky institut” or NIEI) of the Belarusian Ministry of Economy, authors of the report, note that the share of the GDP taken by innovative products is currently very low. “The volume of products new to the world market remains as before, at a low level (0.7 percent of total shipped goods in 2012, down from 1.1 percent in 2011). The Republic of Belarus, in fact, today does not create anything new,” read an article published in the May issue of the Economic Bulletin, produced by the Ministry of Economy.

This naturally raises the question, how do you change the structure of an economy that “does not create anything new”? The answer being looked at is to create more high-tech industries. The level of growth required should encourage the GDP of the country to double by 2020, and to grow to four times its current level by 2030 in order to bring Belarus’ economy on par with the EU, the report developers suggested in the National Strategy for Sustainable Development.

Meanwhile, not everyone shares the opinion that this level of high-tech industry is needed. Some observers suggest that a policy of trying to catch up with the rest of the world in all areas of industry is senseless and doomed to failure. “In 2012, the total amount spent worldwide for fundamental research work has been 1.3 trillion USD, of which 60 percent came from the United States,” said Georgy Grits, deputy chair of the Belarusian Scientific and Industrial Association. “At the same time, we have a GDP of around 70 billion USD, of which a significant amount is spent in social costs. We have obsolete fixed assets, and therefore we cannot hope to be competitive in all industries with the rest of the world.”

Grits’ advice here is to avoid dispersing efforts in a failed effort to catch up on all fronts, and instead identify the main vectors for the Belarusian economy to concentrate upon, to make the effort count. Naviny.by documented other international organizations familiar with the concept of the National Strategy for the Sustainable Development of Belarus through 2030 as agreeing with the view that domestic producers should focus on more narrow market segments. However, international organizations initially expressed the belief that Belarusian authorities should instead focus on restructuring the public enterprise sector.

This is especially the opinion of World Bank, whose representatives have repeatedly stated earlier the opinion that the dominance of the public sector in Belarus’ economy hinders its development. Bank economists say that by reducing volumes of enterprises held by the state, inefficient enterprises would be identified and the resulting shift of financial and economic resources to more effective enterprises would result in a more efficient economy. The Belarusian government, meanwhile, has, along with the elimination of inefficient enterprises in the public sector, has long recommended following the path of gradual privatization.

“This is a key theme to the report, restructuring the large public enterprise sector,” said Alexander Chubrik, director of the IPM Research Center, a joint venture between Minsk’s Institute for Privatization and Management and Warsaw’s Center for Social and Economic Research Foundation (a member of the CASE research network). “This task will be difficult, painful, but as the public sector is the main source where economic inefficiency is rooted, it is unavoidably necessary to deal with this problem.”

To mitigate the effects of reform, measures of social protection for the population need to be established, experts say. “We need to develop a program of employment,” Grits said, “And it should be targeted and focused on the employment of workers who may lose their jobs because of the bankruptsy of inefficient enterprises.”

As a result, solving the problem of “low efficiency of the economy,” as directed in the concept paper for the National Strategy for Sustainable Development, will require major structural reforms. Improving the efficiency of the Belarusian economy would be inconceivable without attracting large investments in the country.

“Significant growth in productivity implies a large increase in investment,” said Chubrik. He cited World Bank’s Ease of Doing Business report as ranking Belarus only 98th for protection of investors, and 133rd for tax payment, before concluding, “It’s unclear by what the sources of such growth will be achieved.”

Reducing the fiscal burden, strengthening property rights and protection of investors are all steps that will help increase the investment attractiveness of Belarus, but there is no getting around structural reforms. However, the low scores in the Ease of Doing Business report are indicative of the willingness of authorities to carry out the needed changes. “Even if Russia does not support Belarus financially after the presidential elections in the country, it’s not a foregone conclusion that Belarus will start any structural reforms,” said Chubrik.

As can be seen, prospects for Belarus over the next 15 years will depend directly on specific steps the government directs towards reforming the economy. Without them detailed in the strategy for the development of the country, the goals set will be nothing but a declaration, for which the only place is in the archives.