But cosmetic reforms will fix only so much

The denizens of the corridors of power in Belarus are well aware that the economy has serious problems. The search for a solution has been slow, but last month the government drafted a new plan to implement needed structural reforms in Belarus’ economy.

This, of course, wasn’t the first time that a plan had been put forward. Last fall, Alexander Lukashenko’s government and the National Bank devised a joint action plan to reform the economy. The Ministry of Finance noted in the text that the national economy had “grown alarmingly imbalanced,” suggesting the need for a real response. The Autumn 2013 paper proposed to eliminate imbalances by reducing mounting pressure on foreign exchange reserves. Specifically, it proposed restricting spending beyond the country’s means, and reduction of the amount of credit made available to the market.

In the spring, though, through unforeseen dramatic geopolitical events, the Belarusian economy’s performance and efficiency continued to decline in spite of these measures, and the government clearly saw the need to take more decisive steps. As a result, President Lukashenko announced his call for augmented responses, which he described as his “new economic policy” in front of the House of Representatives of the Belarusian National Assembly during their session in the Oval Hall parliamentary chamber back in April.

Since then, the state budgetary organizations, which operate subordinately to the Council of Ministers, Lukashenko’s cabinet, worked out the details in the new plan to reform the economy. In August, their proposed Action Plan to better balance the development of the economy in 2014-2015 was approved.

Perhaps the most important fundamental change detailed in Lukashenko’s “new economic policy” is an increase in tariffs levied on home-dwellers for housing and communal services. By 2017, users of communal services, or home utilities, will be charged 100 percent for the amount of water, electricity, and gas used, rather than at a discounted rate for each citizen registered at an address. According to the Ministry of Housing and Communal Services (ZhKKh), this discount had covered some 75 percent of the actual cost of utilities. Registered dwellers, prior to implementation of the plan, paid only 25 percent of these costs.

To ensure a more balanced development of the economy, the government has set a target in 2014-2015 of maintaining a trade surplus of at least 0.1 percent of the gross domestic product (which was 71.7 billion USD at the end of 2013). This target keeps the balance of trade at a level currently enjoyed by Belarus, which reported a surplus that exceeded 72 million USD in 2013-2014. However, this positive balance of trade was in part the result of a reduction of industrial imports, in particular engineering services, rather than an increase in exported product.

More important to the balanced development of Belarus’ economy in recent years has been the country’s ability to pay off its debts, which are estimated to be in the billions of dollars. The importance of this is reflected in the “new economic policy,” but the plan is highly dependent on using the export duties planned for petroleum products that pass out of the Eurasian customs zone into the European Union. This amounts, by agreement with Russia and Kazakhstan, to 1.5 billion USD each year. The plan for 2015 is to use this entire sum to pay down the country’s obligations resulting from external borrowing. Additional means of repaying the county’s external debt includes issuance of additional government bonds, and the sale of such bonds to commercial banks.

Most economists watching the performance of Belarus’ market today note that in the coming year, the national economy is highly unlikely to undergo any dramatic turmoil before the presidential elections to be held in Autumn 2015. However, Lukashenko’s “New Economic Policy” represents some fundamental changes to the way that he has handled the economy in the past. In particular, regulatory and owner functions of state are to be separated. These functions had been combined in the past, allowing the line agencies responsible for development of subordinate enterprises to operate in the market with a significant advantage over private industry. As a result, competition in these market sectors was effectively suppressed. If successful, the separation of regulator and owner functions in state-run sectors of the market would be a welcome development for private entrepreneurs.

Additionally, the Action Plan reviews the mechanisms of state support for line agency enterprises. At the moment, there are many ineffective governmental programs that even governmental agencies seriously question. Further, some of these state-run organizations were funded through an ad hoc framework set about by decisions made by individual authorities with little consideration for the limited resources of the overall state budget. The low return on public investment, coupled with the increased need for budgetary constraints, has forced the government to review how it allocates funding to such initiatives.

The solution specified in the government plan requires all decisions on the implementation of government programs to pass through the office of the president. It is assumed that the competence of the first person will identify priority areas worth of the use of available public funds, while his subordinates will be responsible for the technical implementation of his decisions.

Eventually, the state intends to abandon the state enterprise model and allocate funds to the real sector on a competitive basis in accordance with government priorities. The goal here is to increase the effectiveness of the use of state funds in improving the economic outlook of Belarus.

But will it work?

Some of the proposed measures should prove relatively easy to achieve, such as reducing the funding for government programs by restricting the ability of state-owned enterprises to apply for financial assistance. However, a breakthrough in terms of more efficient use of public funds is a bit more difficult to envision, according to experts.

“An awareness of the problem that the state in most cases cannot effectively determine the direction for investment has not yet come about,” said Dzimtry Kruk, an economist with the Belarusian Economic Research and Outreach Center (BEROC). “The approach that we see today is based on the state maintaining a leading and guiding role in the investment process.”

Kruk suggested that as long as these sorts of directives define investment in the economy as an allocation of financial resources, major economic reforms are unlikely to start in Belarus. “We are talking about here only very gentle and gradual changes in the functional mechanisms of the Belarusian economy. By and large, we are witnessing today only a redecoration of existing economic models without changing any substantive principles,” he said.

“State-owned enterprises that have preferential access to resources (such as petroleum refineries), or which maintain a monopoly position on the market, will show good financial results,” said Alexander Chubrik, director of the IPM Research Center, a CASE-affiliated think tank. “However, the results for public enterprises in those sectors where there is competition, either domestic or foreign, is questionable.”

Chubrik observed that state-owned enterprises are hampered by the fact that they do not possess a sufficient degree of flexibility, unlike private enterprises, and in a competitive environment, they find it difficult to compete effectively.

Other observers compared the government’s Action Plan to attempts to increase efficiency of Soviet-owned enterprises in the second half of the 1980s under President Mikhail Gorbachev, who sought to breathe new life into the Communist-based economic system.

“The administrative way to make the economy more effective has been tried before,” said Vadim Iosub, financial analyst with the official partner of the Alpari Group in Minsk. “What is happening in Belarus today resembles what the one-time Soviet Union set out to do when they sought to improve the socialist system. However, nothing remains of this attempt. History has shown that cosmetic attempts to improve an administrative economy are doomed to failure.”

Nevertheless, we are witnessing with the current Action Plan another attempt to merely redecorate Belarus’ economic model. This begs the question: when will real power be applied to real reforms? Whether this happens after the election is hard to say. 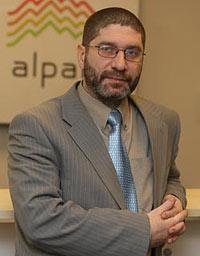 One expert noted that when the authorities announce reforms, this in fact creates a dip in the economy, which has in recent years become chronic. “We’ve ‘danced’ with the slow pace of economic growth. If this continues, this may provide an incentive for real reform in the country. When external explanations for low economic growth have been used up, we will have to find something new,” Kruk said.