The Museum of National Academy of Sciences has many reasons to be called unique. Firstly, only here you can trace the complex historical development of the Belarusian science.Secondly, there is no other museum of Academy of Sciences in any other post-Soviet state. The 250 meter room is full of exhibits. Each of them can be spoken about for a long time. Let’s have a look at some of them.

The first hall –At the Roots of the Belarusian Science.

A big number of photos is traditional for the museum as science is created by people. Already at the entrance you can see the archaeological finds – items from the Stone Age, flint, bone, etc. Here we have a chance to witness with our own eyes all the things we used to see in our History textbooks. 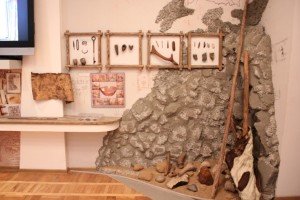 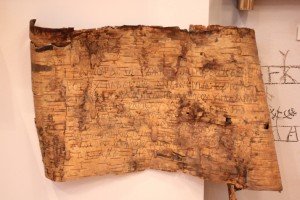 A separate part of the exhibition is devoted to the first higher education institution in Belarus – Gory-Gorecki Agricultural Institute.

An interesting exhibit is hidden under glass  – pieces of tableware with imprinted grains. For scientists, it is a goldmine of information:  it’s possible to study the nutrition structure of our ancestors  and determine their choice of crops.

The last thing to spot in this hall is a stand dedicated to Belarusian doctors of the second half of the 19th – the beginning of 20th century. They had a lot of work.  At the same time they had time to suggest new methods to treat severe diseases, unique ways of surgery into the human body.

The second hall is mostly dedicated to the incipience of the National Academy of Sciences of Belarus.

Among the most interesting documents you can find the announcement about the All-Union competition for the design of the main building of the academy.

In the photograph you can see the project by Georgy Lavrov who won the competition and later on became a famous architect.

Many buildingsof the interwar periodin Minsk were designed by him. However by the will of fate the construction had to be finished by an even more famous artist – Joseph Langbard who brought about a lot of changes in the appearance of the main building of the Academy.

This is what the building used to look like in July 1944. On the top image you can see the ruined hall  . 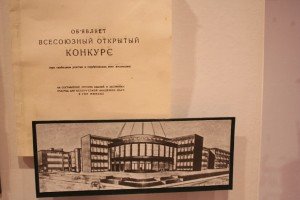 Announcement for competition and picture of winning project

This rarity typewriter became a property of Belarusian science in the postwar period.It belonged to a man who had endured the war from beginning to end and brought it from Berlin as a trophy. Afterwards a former soldier became a famous scientist, who is known as academician Nikolai Dmitrievich Nesterovich. The most curious visitors of the museum pay attention to the non-standard layout of letters.  For example, instead of the usual for a German typewriter ФЫВА there is ФЫЦА. 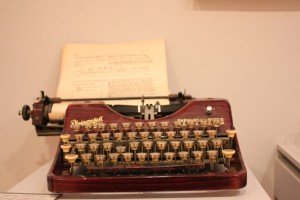 Further the exhibition consists of rooms that reflect contemporary structure of the Academy.

In the exposition of the Department of Biological Sciences you can find a piece of larch which was once presented to the famous botanist Vasily Feofilovich Kuprevich who was the President of the Academy in 1952-1969 .The tree was growing in the area where the Tungus meteorite fell.  Compare the speed of growth of the tree before and after the fall of the meteorite. 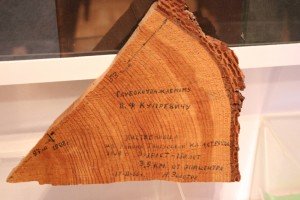 A piece of larch from crash site of Tungus meteorite

There is a list of new species of fish that have been found in Belarusian waters for the last 20 years.

This is Large-fruited cranberry. If you do not say what it is straight ahead, the visitors offer a variety of versions calling it a cherry and a currant. The development of a program that specializes in growing such fruit has been conducted since the 80th of the last century.  Today the plantations of large-fruited cranberry are situated mainly in Polesie. 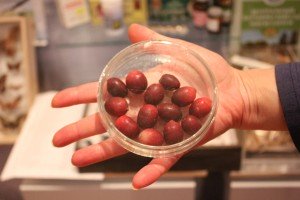 Moreover you can face food products In the Museum of History of the National Academy of Sciences.

The thing is that the Scientific and Practical Center for Foodstuffs is one of the divisions of the Department of Agrarian Sciences.  Recipes of food stuffs as well as production technologies are developed there on an industrial scale. Does everyone remember the potatocola? So here you can have a look at apple chips that are the kind of reverse invention.

The exposition of Medical Sciences boasts of an ancient device for pressure measuring.  Yet the true highlight of the exposition is the mannequin. It has been designed to show the idea of ​​a diamond-like covering of implants as well as an artificial heart valve. A group of Belarusian scientists was awarded the State Prize of the Republic of Belarus for this model.

The device which is called “Camomile” is the device for photodynamic therapy. The locals knew this technology as radiation or chemotherapy to treat cancer.

The preparation is injected into the human body which ideally should be localized in pathogenic cells that are activated by a special radiation. Nowadays scientists are working hard to make the same localization occur only in diseased cells. This requires “smart” preparations. Photolon is one of them. It was created by Belarusian scientists. However, it is effective only for superficial types of cancers, such as skin cancer.

The Famous Belarusian scientist Aleksey Vasilievich Lykov was awarded this copyright certificate for getting the sublimation method or the method of desiccation. There you can see samples of some materials that achieved with the help of this technology.

In the “cosmic” hall the amplified copies of Vladimir Kovalonok’s flight book can be found. This man is famous for being the first Belarusian cosmonaut. In addition he took was engaged in the scientific activity. In particular, he was studying solar spectrum. 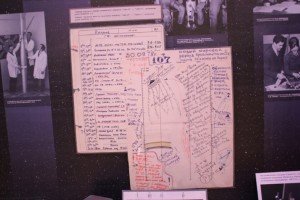 There is also a synthetic substitute of soil called BIONA. It was worked out for growing plants in outer space, at arctic stations, nuclear icebreakers and other objects where it’s impossible to use regular soil. Nowadays these developments are used in less extreme conditions.

Many things have been left unnoticed: a mineral from the Antarctic; a device proving the protection of securities; turf that was used for mascara production; holograms and many other things. Therefore it’s worth visiting.

The museum is situated in the main building of the Academy of Sciences – Independence Avenue 66. You can visit it free of charge on Monday – Thursday from 9 am till 5 pm, on Friday from 9 am till 4 pm. You should make an appointment in advance though.  During a two-week period in January ( on Belarusian Science Day and onward) and one day in May ( on the Day of Museums) you can come without an appointment. Contact number (to sign up for an excursion): (017) 284-14-52 Tatyana Sergeevna.

Text and photo: by Valeriya Gabrusheva