Dudutki museum is a place to test pancakes and Belarusian moonshine

If you go some forty kilometers away from Minsk you will find a picturesque place by the river Ptich. One of the most frequently visited museums in Belarus is located here. 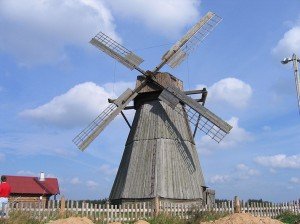 Today here you can uncover the mysteries of such crafts as pottery, baking, woodworking, brewing, straw and twig weaving, cheese making.  At the same time, you can ride a purebred house as the museum complex has its own stable. For foreigners this place is a wonder while Belarusians confess that it is as good as at a granny’s house here. Except for a bigger number of people and entertainment. 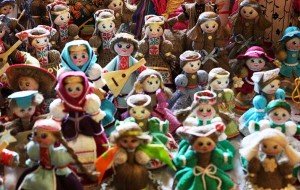 Near the pond you can see an aviary with geese, ducks, hens, guinea fowls, pheasants and peacocks. Besides unusual for Belarusian latitudes ostriches, roe deer, semi-wild pigs and especially loved by kids – ponies and donkeys are found within the zoo. There’s also a working farm where cows, sheep, swine and rabbits inhabit. Moreover you can come across a garage with a special exposition of retro cars.

After your trip you can have a rest in a guest house with a bathhouse and in the hotel Ptich. 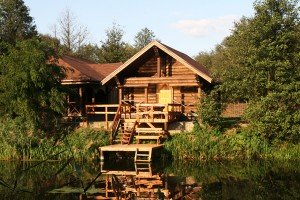 You can enjoy a delicious meal in the cafes Dudutki and Korchma or at Shinok bar. Here you can try ruddy pancakes, traditional Belarusian cuisine and taste the renown hard drink – moonshine. 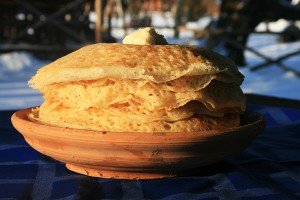 The history of the creation of the museum complex

The first mention of Dudutki goes back to the 11th century.

The gentry estate in Dudichi has been known since 1600. In 1766 Dudichi was mentioned as a local center of crafts, trade and fairs where instead of the conventional bread and cattle, various agricultural products, craft products and local trades were sold.

The First and the Second World Wars, October Revolution destroyed the gentry estate (at that time it belonged to the Elskies) in Dudichi. Only the park with remains of the water mill and a system of the bypass channels were left on its place.

Between 1831 and 1904 Dudichi belonged to the son of the King – Michael who was a famous violinist and composer. At the beginning of the 90s of the 20th century even the old residents of these places could vaguely recall their history. 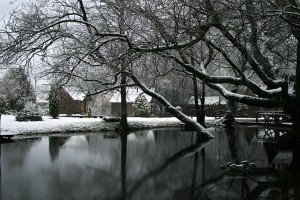 View of Dudutki in winter

The new owner of these places hasn’t surmised the history of Dudichi too. In 992 by the decision of the Regional Executive Committee of Puhovichi Mr. Budinas who is the Head of the commercial and industrial center Polifacta was allocated 132 hectares of land “for subsidiary farming”. The private publishing  and printing house – Polifact spent the earned money on constructing roads, building up a high-voltage power line, setting the telephone communication, building a pigsty, a cowshed , stocking up on cattle and agricultural equipment and starting  to farm.

Since the October of 1994 the Museum complex of traditional crafts and technologies Dudutki appeared on the basis of the subsidiary farm. Since 1998 museum complex Dudutki has been included into Trustbank holding company step by step updating and developing its base. 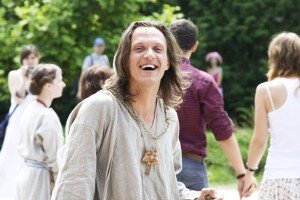 Public holidays are celebrated in Dudutki on a regular basis. Every May 9 accompanied by the scent of lilacs and bird singing, the museum invites everyone to plunge into the atmosphere of the victorious spring of 1945.

The guests danced in the style of 30-40s to the sounds of the orchestra. 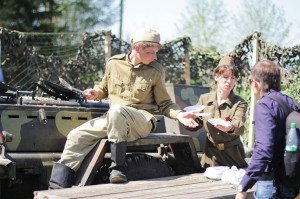 Of course the visitors also got a chance to make a closer acquaintance with the equipment of WW2, take photos with soldiers dressed in Red Army and Wehrmacht uniform. 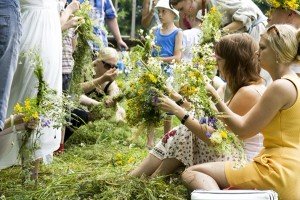 On June 21 Dudutki hosted master classes on national dances and crafts and engaged visitors into weaving flower wreaths. At Kupalie vivid representatives of Belarusian folk music gathered under the open sky. Among them were Echo, Vuraj, Nagual and Palac that has already become legendary.

The independence Day hasn’t bypassed Dudutki too. During two days demonstrative shows of Special Forces fighters were held on the territory of the complex. 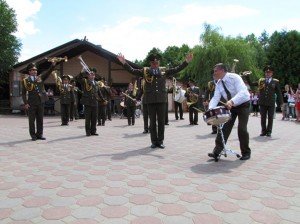 The parade of the military orchestra was especially popular with the guests.

Summer café was open and of course soldier’s porridge was on the menu. A special playground Boathouse with animators dressed like pirates was organized for children.

In 2014 on July 19-20 another bright holiday took place in Dudutki. It was the VI international festival of medieval culture and music Our Grunwald.  Over six centuries have passed since the times of the legendary Grunwald battle. 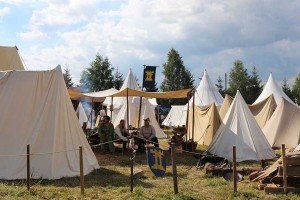 A knightly campground, knightly fights have become favourite with guests of the festival and have already become traditional. However this year much more participants have been found among the audience.

You can get to the Museum complex Dudutki by public transport or by car.

To find your bearings easily a guidebook is offered.

The Museum complex of old-fashioned crafts and technologies Dudtki is situated at the following address:

Text and photo: by Alexandra Matkova and Anna Hahlupina based on the information from the cite
www.dudutki.by.